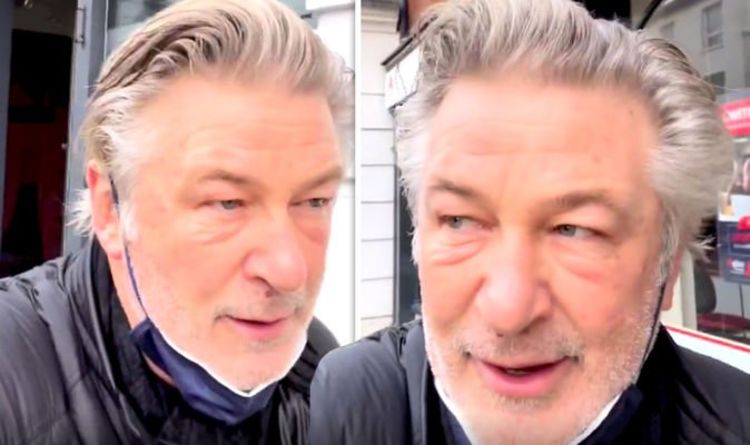 Alec Baldwin, 63, flew to Heathrow last week and reportedly made the journey for the upcoming thriller 97 Minutes – with him said to be filming scenes for the film in Hampshire. It is said to be his first role since the tragic death of cinematographer Halyna Hutchins on the set of the film Rust.

The actor has since addressed an incident since his arrival in the UK.

Alec recalled the experience to his 2.4 million followers on Instagram just days ago, with him sharing a video about it over the weekend on the social media platform.

He captioned the post: “I hope you found your car…”

In the video, Alec began: “I’m going to go ahead and record this because I think it’s funny.

The video has been watched over 200,000 times, as fans inundated the comment section.

Social media users were quick to point out his British accent impersonation.

Linda Wright commented: “I love listening to you. Never stop talking to us please.”

Steve Horn remarked: “Don’t worry about it. In the long run, he will find his car you will be ok.”

Aldrich added: “What a way to start your trip that you didn’t want to do in the first place. Glad you have a sense of humor about it. Thanks for the chuckle. Take care.”

According to reports, Alec is in the UK to work on the thriller 97 Minutes – which is said to be about a plane that will crash in just 97 minutes when its fuel runs out.

The project is the first film that he has worked on since his colleague Halyna Hutchins was killed on the set of the film Rust in New Mexico in October last year.

In a follow-up video, Alec filmed himself walking down the street in Alton, Hampshire.