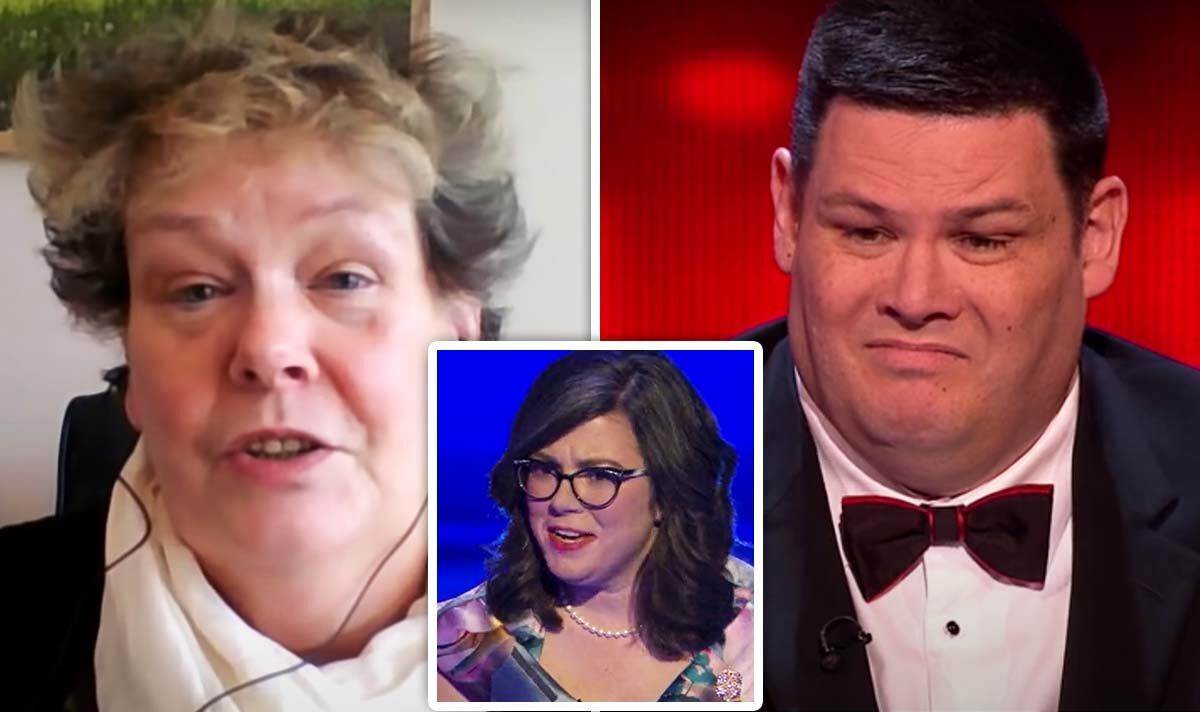 Anne Hegerty, 63, gave a glowing review of The Chase USA’s latest Chaser, Victoria Groce, after one fan said she was “America’s Anne Hegerty”. Victoria is joining the team after Mark Labbett, 56, was “not invited back” by ABC for the new series.

The Chase USA’s official Twitter introduced Victoria – who will be otherwise known as The Queen – with a snippet of the quizzer firing off answers to questions.

The dramatic clip also saw Victoria dubbed the “smartest quizzer on the globe” by the show’s presenter, Sara Haines.

UK Chaser Darragh Ennis retweeted the clip and revealed he has been “battered” by Victoria in the past.

The Menace wrote: “I have been absolutely battered by the wonderful @GraceWithAnO in online quiz a few times, usually while she was knitting.

“You will not see a better quizzer anywhere, US fans should check it out.”

A fan named JH then got in touch to share his excitement that Victoria was joining the team.

“Next, they need a Vixen counterpart – how about Jeopardy powerhouse Mattea Roach! Glad ABC is starting to figure out audiences want quizzers who reflect their image and experience!”

He joked: “They asked me to find a woman as good as the GOATS. I found them one better than them.”

The fan went on to ask whether Mark had discovered Victoria, and Anne replied that Victoria was always well known on the quizzing circuit.

The I’m A Celebrity…Get Me Out Of Here! star said: ”Well, we all knew who she was, and we knew that if they didn’t hire either Victoria or @susannahb they were missing a trick.

“Those are the two best female quizzers in the world, and they’re both American.”

Victoria is joining The Chase USA as the only female Chaser alongside Brandon Blackwell, Buzzy Cohen, Brad Rutter and James Holzhauer.

Mark Labbett had joined the ABC show for its second season but did not have his contract renewed for the third.

The Beast confirmed he had not been asked to return to the show last month.

Sharing his disappointment to his 158,000 Twitter followers, Mark said: “Gutted to not be invited back but really excited at the new lineup. Am expecting Brandon and Victoria to wow America. They will be fantastic 🙂 Bon chance!”

A fan then asked whether his departure was due to contract reasons, and Mark replied: “No they just didn’t renew me. No reason was offered.”

The Chase USA returns to ABC on Tuesday.