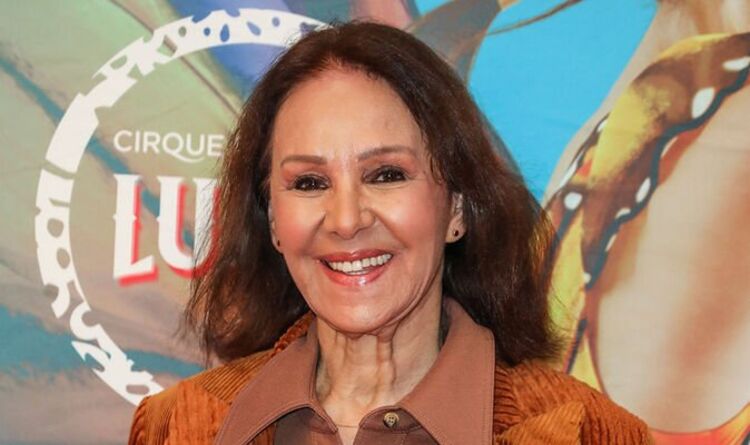 The West End legend has a work rate that would put most 20-somethings to shame and, at 78, has no intention of giving up her day job choreographing some of the UK’s leading musical theatre shows. “If people want to retire, then absolutely do it but it’s about doing what you want with your life,” she said.

“I get my energy from my love of what I do. My life has been one where I wake up in the morning and I can’t wait to get to work. When you have a job and a career is a passion, you are one of the lucky ones.”

However, Arlene, who was made a dame last year for her services to dance and charity, does confess she is taking it easier.

The former Strictly Come Dancing judge said: “There are signs of slowing down in what I do. I don’t just rush everywhere, I am content to do the things I choose to do.

“I am very fortunate that I’m still being asked to create amazing shows and for that I’m so grateful.”

It is 14 years since Arlene left Strictly and there were suggestions the BBC felt she was too old at 64. When they revealed her replacement was Alesha Dixon, a former Strictly winner who was just 30 at the time and did not have Arlene’s dance experience, it sparked a backlash.

But Arlene has moved on and has judged on several TV shows since. She is excited about tonight’s one-off guest appearance on Dancing On Ice for musical theatre week.

It will be the first time the programme has had five judges on the panel, as she joins Olympic ice legends Jayne Torvill and Christopher Dean, Ashley Banjo and Oti Mabuse.

Arlene said: “As a choreographer, I think Jayne and Chris’s Bolero at the Olympics will never be surpassed. When you talk about perfection, that piece was the most beautifully crafted piece of dance on ice.

“It remains as iconic today as it was when they first performed it. The timing they created within the music, and the way they used the music is stunning. People can recreate it as many times as they like but what they did was just incredible.

“I’ve met them quite a few times but I’m looking forward to working with them.”

In 1984, Arlene choreographed Starlight Express, the Andrew Lloyd Webber musical that was on roller skates and became one of the longest-running shows in the West End.

“So I do have experience with dancers that have a sporting element and Dancing On Ice has the same cross of dance and sport as well.

“Obviously Kim [Kimberly Wyatt] and Brendan [Cole] are amazing on the show, and they have really beautiful dance skills, but it is their skating that has impressed me. I think they have been exceptional.

Does Arlene have a sneaky soft spot for the show’s former professional dancer Brendan? She laughs. “I wouldn’t say a soft spot. I think Brendan is quite demanding but no more from others than he is of himself. He is a perfectionist and nothing less than perfection is for him.

“I see it in people who compete in their life. There is a steeliness to them. But you need it.”

Has she ever skated herself? “When I was a kid I used to go ice skating with my friends and I was always one of those who was not very far from the barrier! I managed to get round on the ice but not much more than that.”

Last year, Arlene became the oldest contestant on I’m A Celebrity which was filmed for the second time in the 200-year-old Gwrych Castle, in Abergele, North Wales.

Arlene reveals it was like therapy and the experience changed her. She said: “Yes, definitely. There were a lot of ups and downs.

“Everything I expected to think about, like being freezing or hungry, I knew I could do, and the trials. But the thing I didn’t think about was how many hours in the day there are. My life is ridiculously busy and I fill every hour. So the emptiness was the hardest thing for me.

Arlene Phillips was on I’m A Celebrity (Image: ITV)

“It was so weird. I didn’t want to just go and sleep. So I was thinking, What can I do? What can I manufacture to keep my energy thing going; the days, the nights and the evenings? In my life, I’m always on a computer, on the phone, writing in my notebook, looking up things, researching.

“There is not a minute of the day I don’t fill. I keep my mind full and I never sit down and let my inner thoughts have time to even breathe.

“Then suddenly my past came back to me. Things that I hadn’t even thought about. The ups and downs, and the memories of my life. When there are hurdles, I just jump over them, and get on with it and so that’s why it surprised me.

“I wondered where these thoughts and reflections were coming from. It was like inner therapy.

“There have been times in my life when I thought, ‘How can I carry on?’ Working three jobs a day in my late 20s and 30s, the amount of travelling I had to do, and being away from my daughters or dragging them with me. Everything came flooding back.

“At the time it was quite hard to process and coming out of the castle, I thought, ‘oh, my gosh’. I just felt like I was me but with a whole lot more in my head.

“It was a very strange feeling but it has been enlightening. I’ve come to terms with what I did, you can’t change the past.”

The first contestant to be axed after 13 days, she was relieved to be out. While she presents a no-nonsense image, Arlene is warm-hearted and family orientated, and missed them all.

She has two daughters, the eldest, Alana, a make-up artist and mother of her granddaughters, Lila, three, and Emme, one, from her first marriage, and Abi, with her partner of 35 years, designer carpenter Angus Ion.

“My grandchildren are everything in my life. Any day I can see them, whether it’s looking after Lila, or just being with them, is a day that lifts my spirits in an incredible way,” she said.

She took part in I’m A Celeb for her granddaughters, to show them how to be fearless. “To have confidence and fearlessness is the biggest gift you can give to a child.

“There was a sense of pride that I got through it. I don’t think people realise that it is quite difficult, in different ways, for different people.

“I also lost masses of weight ‑ about 16lb. I didn’t even realise until I came out. I can wear a lot of clothes now that I haven’t worn in a while!

“It’s like having a new wardrobe. I’m still in touch with all the other contestants on our WhatsApp group and I saw Naughty Boy yesterday. I was probably closest to David Ginola.”

Now Arlene is back to doing what she loves most and is directing her passion project The Cher Show, which goes on tour in April, and then choreographing the musical Grease which opens at London’s Dominion Theatre in May and stars Peter Andre.

She has long admired Cher and although the lead actress who will play the legendary singer has yet to be announced, is already in preproduction and collaborating with Oti Mabuse, who will choreograph, and with Gabriella Slade, who designs the costumes.

Will Cher be a guest on opening night? “I’d love it. I have worked with many female divas in my life but I haven’t met or worked with Cher.

“I am a massive fan, right back to the I Got You Babe days. She’s fearless, has had hits in every decade and constantly reinvents herself. She was standing up for women’s rights early in her career. She is a powerhouse of a woman.”

Arlene seems relaxed about turning 80 next year. “There’s nothing I can do about it. Keeping in shape is not the first thing on my mind at the moment; I’m not driving myself physically because I am busy with my show.

“So it’s mind power I am focusing on. I feel like I am driving a bus full-on. You can’t let anything slip in a big production. I eat healthily though and I take care of myself.”

Arlene says that she is an emotional wreck every time she is in a theatre and sees audiences coming in after the industry was decimated by the pandemic.

“Whether creating or watching, theatre is something I have a very emotional connection to. I really hope and pray our theatres can open safely and securely, and we can give people the joy of theatre and bring it into their lives again. Musical theatre is life-affirming.

“When you see people come out of a show, there is a bounce, and a difference in the way they walk and feel.

“Theatre is very precious and we can’t afford to let it go.”

Dancing On Ice, Sunday, February 20 at 6pm, on ITV