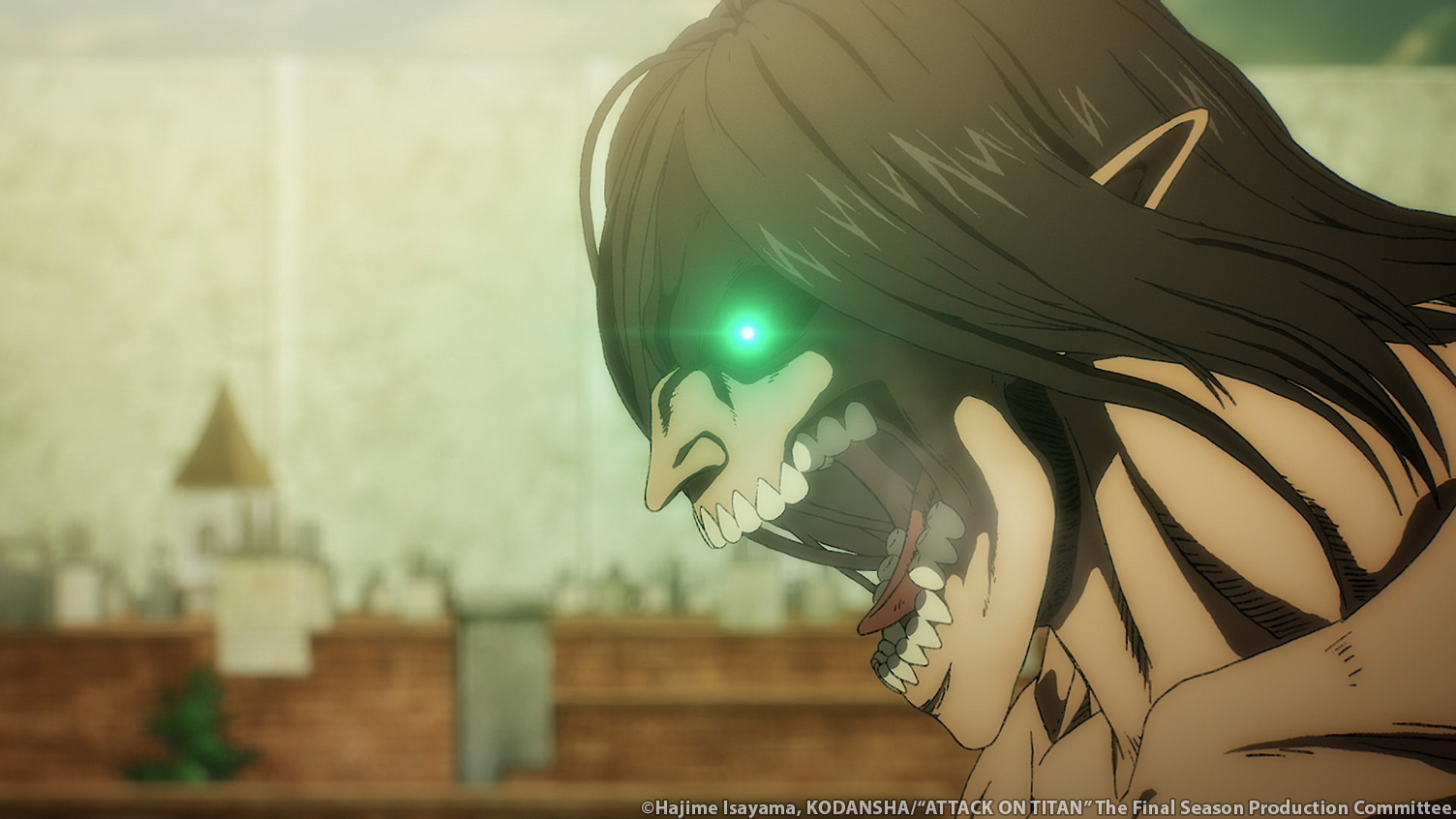 Attack on Titan has left fans “speechless” with its latest episode, which saw The Rumbling finally be unleashed.

The anime’s final season has wowed viewers for weeks now, and episode 80, titled “From You, 2,000 Years Ago,” was no exception.

Last week, it was revealed that Eren Yeager, whose surname is written as Jaeger in the anime, was the one responsible for his father’s massacre of the Reiss Family all along and it was him who set into motion the events of the series.

Still in The Paths with his brother Zeke in Episode 80, Eren shares how he will not follow his elder sibling’s Eldian euthanasia plan and wants to take control of the Founding Titan himself.

Zeke forces the soul of the Founder Ymir to carry out his plan, but Eren breaks free from his bonds and runs towards her and stops her in her tracks, thus revealing her memories to him and, by extension, the audience.

It is revealed that Ymir was a slave who was alive 2,000 years prior to the events of the series, and she came into contact with a mysterious creature that granted her the power of the First Titan when she was being hunted by her captors.

Her newfound power brought Ymir to the attention of King Fritz, who planned to conquer the world until his tribe Eldia becomes the dominating power and decided to use her Titan abilities to his advantage.

He also forces Ymir to bear his children and, upon her death, makes their three daughters, Rose, Maria and Shina, eat her body so that her Titan powers are passed down to them.

Upon seeing her memories, Eren gives Ymir the freedom to choose what she wants to do and promises that he will “end it all” if she decides to give him her power.

Ymir chooses to side with Eren, giving him the power of the Founding Titan and thus kickstarting The Rumbling, an event that sees the walls fall down so the Colossal Titans inside break free.

In a chilling final moment Eren uses the Paths to announce to all subjects of Ymir that he plans to exterminate all life outside of the Island, and kill anyone that isn’t of Eldian blood.

Several fans of the anime took to Twitter to share their thoughts on the latest episode, with many admitting they were “speechless” over the events of the story.

Commending the episode as a “masterpiece,” one fan wrote: “GOOSEBUMPS ALL OVER NO WORDS CAN DESCRIBE THIS INSANITY! IM SPEECHLESS WHAT A MASTERPIECE.”

Another viewer added: “I’m f**kin crying, goosebump and speechless at the same time.”

One went on: “I’m just speechless how good the episode was and it all looked so clean holy s**t…”

Heaping praise on MAPPA, the animation studio who worked on the series, one fan wrote: “Mappa went all out nojoke im speechless.”

One fan took the opportunity to praise Eren’s Japanese voice actor Yuki Kaji for his performance in the episode, writing: “Can we appreciate Yuki Kaji’s insane voice acting. I’m literally speechless by eren’s emotions this episode.”

Attack on Titan Season 4 Part 2 airs every Sunday on Crunchyroll, Funimation, and Hulu.