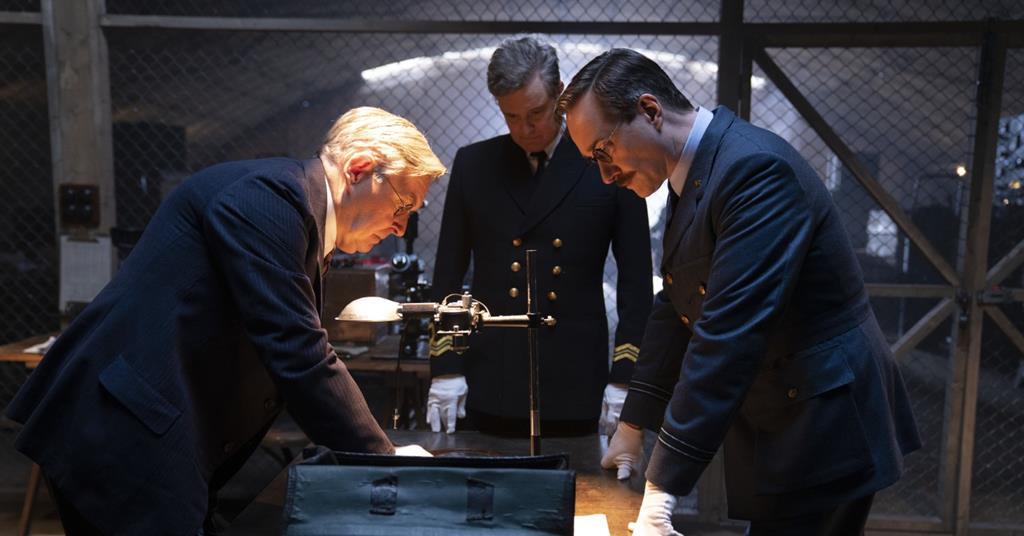 Last year’s expansion of the outstanding British film Bafta from six to 10 nominees may be deemed a success. Any concerns that there would not be a sufficient number of strong contenders to populate the award proved wide of the mark, and few would begrudge a nomination to any of the titles that emerged from the complicated two-step nominating process.

For this endlessly intriguing category, the top five titles in round one — voted by the large opt-in British chapter — are automatically nominated. Last year those are presumed to be The Father, Promising Young Woman, The Mauritanian, Rocks and then Saint Maud or The Dig. Then a jury picks five more titles — out of the films that land in places 6-20 in the votes by the British chapter. Last year the jury additions were likely to have been His House, Mogul Mowgli, Limbo, Calm With Horses and then Saint Maud or The Dig.

Although some titles were clearly among the voters’ five favourites and others were evidently jury additions, overall the 10 nominated films seemed a nicely coherent set, all offering an indie sensibility, and not too wildly contrasting in budget — at least compared to some recent years when the list of six nominees appeared notably lopsided.

This time around, the 10 nominees for outstanding British film may offer bigger contrasts in scope and scale — especially if Cary Joji Fukunaga’s No Time To Die makes the list. Casino Royale was nominated for this category in 2007, and Skyfall won in 2013 — back when there were only five nominees, and a totally different nominating process.

But No Time To Die is not the only major studio film in contention: so too is Ridley Scott’s House Of Gucci, which Bafta has qualified as British — the essential test being that films must have significant creative involvement by individuals who are British or UK-resident. The $75m-budget film from Bron Studios, Scott Free Productions, MGM and Universal Pictures would certainly throw a glamorous firecracker into the mix. If nominated, Joe Wright’s Cyrano — based on the Broadway-transferred stage musical of the same name — would likewise add razzle dazzle.

Less generously budgeted but amply credentialed is Kenneth Branagh’s Belfast, with a cast including Jamie Dornan, Caitriona Balfe, Judi Dench and Ciaran Hinds. Considered a frontrunner across multiple categories for Bafta and Oscar, it would be a shock if not nominated for this particular award. Bafta voters are also likely to rally around The Duke, the final feature from Roger Michell, starring Jim Broadbent and Helen Mirren.

Similarly, Pablo Larrain’s Spencer, starring Kristen Stewart, is likely to feature across multiple categories, and it has been qualified as British. So too has Rebecca Hall’s Passing — set and filmed in New York — another film likely to figure strongly at this year’s awards.

What, then, about Edgar Wright’s Last Night In Soho, one of the more ambitious and generously bud­geted films in the mix this year? Wright’s Shaun Of The Dead was nominated for best British film in 2005, while Baby Driver picked up Bafta nominations for editing (which it won) and sound in 2018. Locksmith Animation’s Disney-distributed Ron’s Gone Wrong is another film with commercial ambition that’s in the mix — although the best animated film category looks the more likely path to a nomination. Disney has also qualified Cruella as a British film — the source material and setting are certainly that, but somehow this Hollywood studio-backed film from producers Marc Platt, Andrew Gunn and Kristin Burr, directed by Sydney-born Craig Gillespie, isn’t quite what we picture when considering this particular Bafta category.

Hogg’s original The Souvenir, it’s true, picked up a bunch of Bifa nominations, and was then totally shut out at Bafta, but that was back when the outstanding British film category boasted only six nominees. With its expansion to 10, Part II now has a better chance of inclusion.

Eva Husson’s excellent Mothering Sunday, scripted by Alice Birch, produced by Number 9 Films and with a cast including Odessa Young, Josh O’Connor, Colin Firth and Olivia Colman, was shut out of the Bifa nominations — possibly because the 1924-set Graham Swift adaptation felt to those voters as more appropriate for the Baftas. By extension, the film now has its chance to shine, although the category is already looking mighty competitive.

Terence Davies’ Benediction did pick up Bifa nominations (for screenplay and costume design), and a sympathetic jury could well add it for this award — although the film is most admired for Jack Lowden’s performance as First World War poet Siegfried Sassoon. Similarly, Harry Wootliff’s True Things was Bifa-nominated for actress Ruth Wilson, and it’s quite possible the Bafta jury will be pulled in its direction. Wootliff was nominated for outstanding debut in 2020 for her feature Only You.

Also nominated for outstanding debut — and in fact the winner of that category in 2019 — was Beast, written and directed by Michael Pearce. The filmmaker returns with the US-set Encounter, starring Riz Ahmed as a former marine who whisks away his young sons from the home of his ex-partner to save them from an alien invasion of parasitic micro-organisms. The Amazon-backed film has not landed as a major force this awards season, and Ahmed in actor has the best shot at a nomination.

Will Sharpe’s The Electrical Life Of Louis Wain is provoking mixed responses, and faces the challenge that lead actor Benedict Cumberbatch is strongly in the awards mix for another title: Jane Campion’s The Power Of The Dog.

Operation Mincemeat, John Madden’s tale of Second World War derring-do, has plenty of Bafta-appealing credentials, including a cast led by Colin Firth and Matthew Macfadyen; the film has been deemed eligible for this year’s awards despite a late move to an April release. Christian Schwochow’s Munich: The Edge Of War starring George MacKay, Jannis Niewöhner and Jeremy Irons may not hold quite enough sway with either voters or jury. Then there is Claire McCarthy’s The Colour Room, about pioneering ceramic artist Clarice Cliff and starring Phoebe Dynevor and Matthew Goode — which may be considered a tad too conventional to go the distance at Bafta.

Last year, no documentaries made it onto the 10-strong nominee list for outstanding British film, but in 2020 For Sama was nominated, as was McQueen in 2019 and Notes On Blindness in 2017. This year, Andrea Arnold’s Cow might find favour with the jury — the director was nominated for this category twice before, in 2010 with Fish Tank (which won) and in 2017 with American Honey. Or maybe the jury will prefer the film that won the best British documentary Bifa: Paul Sng and Celeste Bell’s Poly Styrene: I Am A Cliché — as long as it first makes the top 20 in the category in round one voting. As always, just getting the attention of voters can be half the battle.