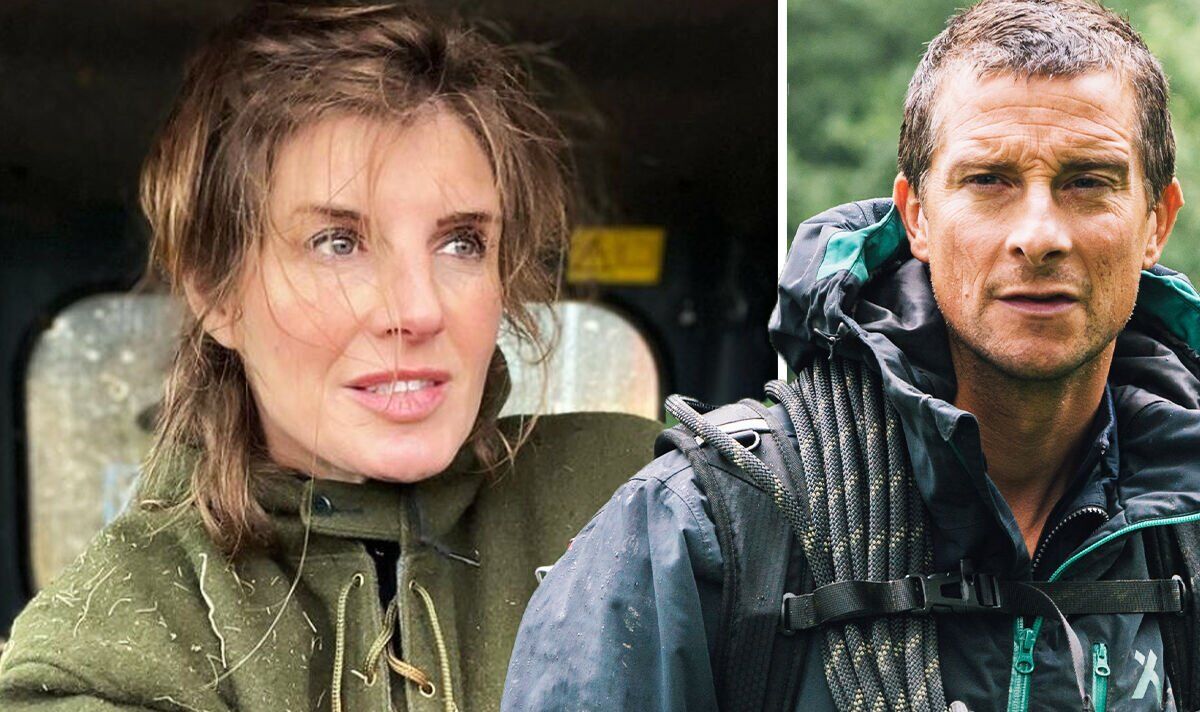 Running Wild star Bear Grylls has branded Our Yorkshire Farm star Amanda Owen a “huge support” during a “nerve-wracking” moment. Speaking exclusively to Express.co.uk, the adventurer, 47, gushed over how “encouraging” the mother of nine has been as he discussed his Gone Wild Festival later this year.

Amanda is one of the speakers set to appear at the star’s family festival later in the year.

Speaking about what she is set to bring to the event, Bear gushed over the farming star.

He said: “She’s great, there’s so many diverse types of people like that.

“But people love her and she’s been a huge support to Gone Wild and really encouraging,” he added.

Amanda took to the micro-blogging site on Saturday, to share an update on the baby lambs recently born on the farm.

She shared a series of four snaps of two of her children feeding the sheep along with pictures of them carrying out their chores, in view of her 195,500 followers.

The shepherdess captioned the post: “Quieting down on the lambing front and the land is finally greening up but it’s still rather cold.

“There are nests, chicks and new life all around. It’s just about being quiet, taking time and looking.”

Not long after, she shared the “issues” she had been having this weekend with her followers.

Gone Wild Festival is happening from 25 – 28 August. Tickets are available to buy here.