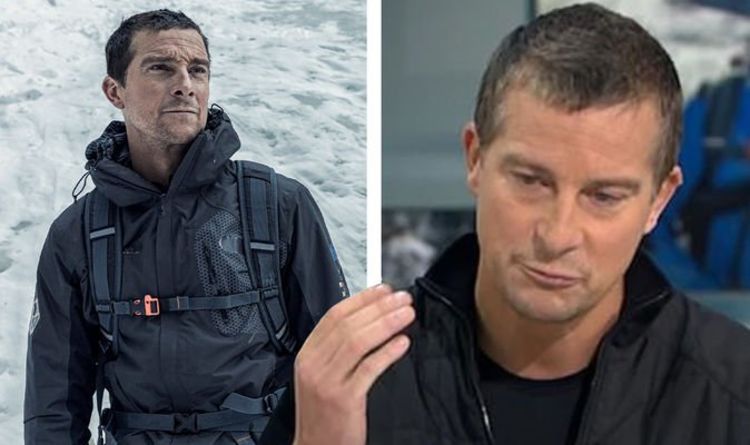 Bear Grylls, 47, revealed he can count a whopping 21 times he narrowly escaped death over the course of his extreme survival career. But the TV star now fears he is “running out of lives” after so many scrapes in the wild.

In a new interview, the adventurer admitted: “I can count a solid 21 times I should’ve died during the early episodes of our TV shows.

“Not a number I’m proud of, but in the early days we didn’t know any better.”

He went on to name a few of the occasions he almost met his maker, which included being bitten by snakes, falling down crevasses, pinned in rapids, avalanches and rockfalls.

“That time in the Costa Rican jungle I thought it was a good idea to use a vine to rappel down a 100ft waterfall,” he chuckled.

“We had them climbing cliffs, dodging rattlesnakes and even eating maggots – which Jeff was determined to lead the way on,” Bear recalled.

“And good for him!

“As the world’s wealthiest man it must be tempting to stop doing the uncomfortable, and change your lifestyle to all caviar.”

In his new autobiography, Bear wrote about receiving a glowing letter from his Bezos after their day together.