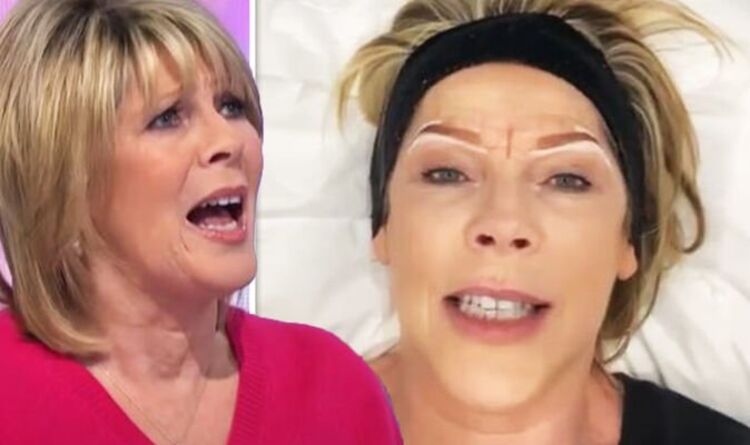 Starting the process, Ruth explained that the beautician had “mapped” out her face to ensure symmetrical brows.

The next clip showed the beautician tattooing the TV star’s eyebrows which Ruth described as “scratchy” adding: “It doesn’t really hurt”.

In an update two days later, Ruth told how the redness around her eyes had subsided, adding that she’s “happy” with the shape and had been performing the aftercare as instructed.

In the comments, Ruth’s close friend and Homes Under the Hammer star Lucy Alexander told how she had been influenced by the star’s video, writing: “I want it”, alongside a heart emoji.