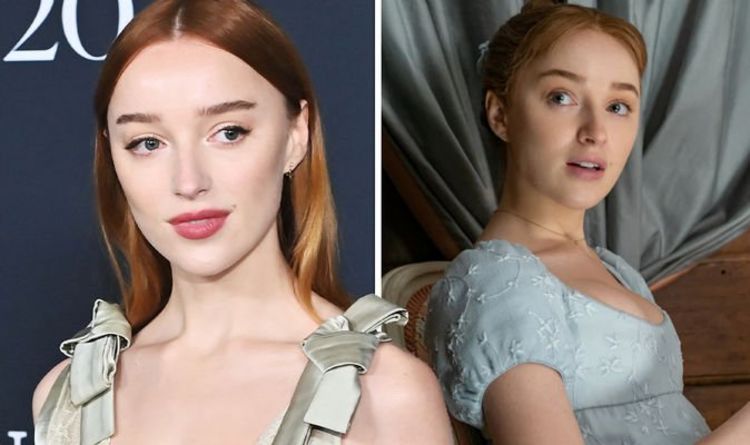 Phoebe Dynevor, who is best known for playing Daphne Bridgerton in the Netflix hit, was apparently left worried about the series’ success. Her co-star Nicola Coughlan opened up about this in a recent interview.

Nicola, who plays Penelope Featherington in Bridgerton, shared her thoughts on the show’s runaway success.

She admitted she had a gut feeling it would work well but her co-star was left worried.

Speaking in the March edition of Elle, she said: “I didn’t think it was going to be the biggest show on Netflix.

“I didn’t think that level.

“But I had lunch with Phoebe [Dynevor] maybe about two months before it came out.

“‘I’ve done things before that people thought was going to be huge and it hasn’t worked out.”’

However, Nicola admitted: “But I just had that instinct about it.”

It has been renewed for a second season, which will be landing on March 25.

The second outing takes the focus away from Daphne and onto another Bridgerton sibling.

It will be focussing on Anthony Bridgerton (played by Jonathan Bailey) as he begins to search for a wife.

Based on the second book by Julia Quinn, The Duke and I, this then introduces a series of new characters.

Among them is Kate Sharma, who is played by Sex Education’s Simone Ashley.

Speaking about this, the series showrunner Chris Van Dusen shared the news on The Today Show back in January 2021.

He said: “Anthony is going to have a love interest next season.

“And I think it’s going to be as sweeping and moving and as beautiful as viewers of the first season have come to expect from the show.

“We left him at the end of the first season at a bit of a crossroads.

“So I’m looking forward to jumping in and discovering how he fares on the marriage market.”

The March issue of ELLE UK is on sale from February 2.