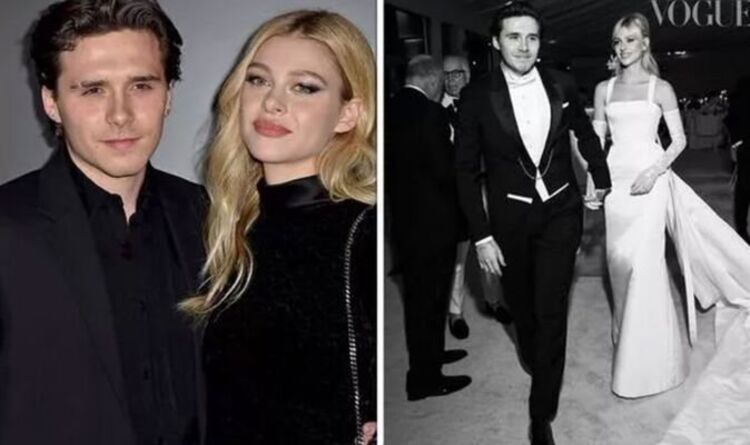 Brooklyn Beckham, 23, the eldest son of ex-Manchester United star David and former Spice Girls singer Victoria, joined his new wife Nicola Peltz, 27, in sharing photos from their lavish wedding on Sunday night. They posted a black and white image, provided by Vogue magazine, which was taken from their wedding ceremony on Instagram.

The black and white photo showed the newlyweds holding hands while smiling.

The image was captioned “Mr & Mrs Peltz Beckham” on both of their official Instagram accounts, which suggests they may be using a double-barrelled surname going forward.

The chef and actress took their vows in Florida on Saturday.

Brooklyn posted another image shortly after, which showed his “beautiful bride” posing for the camera in her custom Valentino gown.

In the photo, he can be seen with his father, David, and brothers, Romeo, and Cruz.

Victoria has shared the same image on her official Instagram account with the caption: “Congratulations Mr and Mrs Beckham X Welcome to the family.”