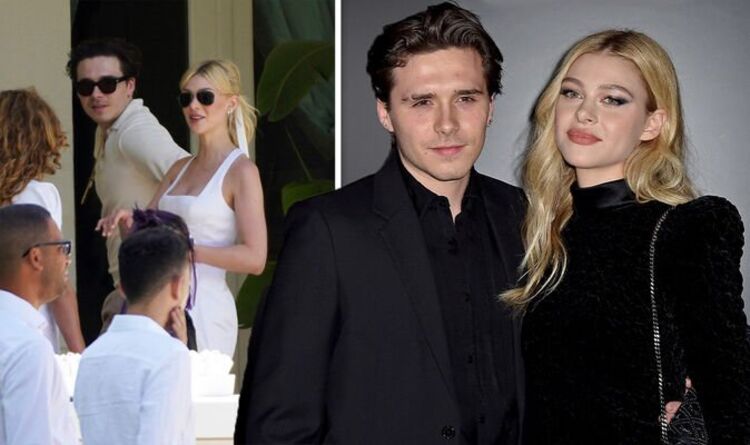 The eldest son of David and Victoria Beckham revealed a couple of days ago that he would now be known as Brooklyn Joseph Peltz Beckham. Meanwhile, his wife also confirmed a name change, as she will now go by Nicola Anne Peltz Beckham.

In an Instagram post featuring a black and white photo from their special night, Nicola announced their new names to her 2.4 million followers.

The picture showed the bride, who wore a long white wedding dress paired with lace gloves and a long train, and a dapper-looking Brooklyn in his tux.

“Mr. & Mrs. Peltz Beckham,” Nicola penned next to the snap.

Brooklyn’s name was also updated on his Instagram, where he shared the same post with his 13.6 million followers.

She made her acting debut in 2006 Christmas film Deck the Halls, but is most well known for her roles in TV series Bates Motel (2013 to 2015) and the 2014 film Transformers: Age of Extinction.

Her father Nelson is a billionaire businessman, while her mother is model Claudia Heffner.

Nelson is chairman of The Wendy’s Company and Sysco and has made investments in companies such Heinz, Domino’s Pizza and Tiffany & Co.

Like Brooklyn, Nicola comes from a big family, with one sister, three brothers and three half-brothers.

Brooklyn is Victoria and David’s eldest child, with two brothers and one sister.

Brooklyn’s wedding was a high-profile event thanks in large part to his hugely famous parents.

His dad David is remembered as one of the best footballers of all time, while his mum Victoria was one fifth of the incredibly successful pop group the Spice Girls.