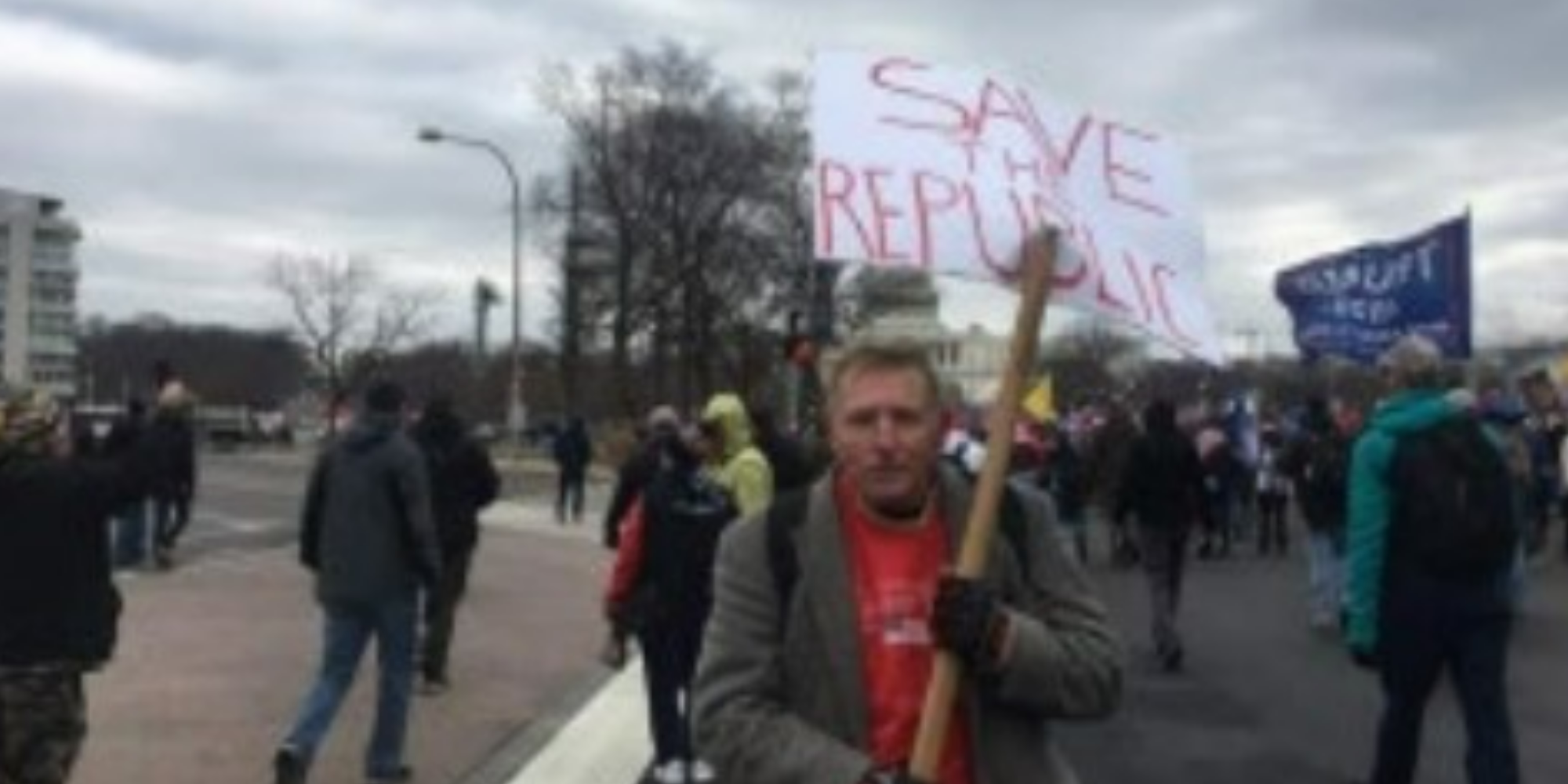 Clifford Meteer, who pleaded guilty to his role in the Capitol attack, categorized Ashli Babbitt’s death during the January 6, 2021 riot as a “murder” and likened it to the 1770 Boston Massacre.

More than 80 Capitol riot defendants have pleaded guilty to relatively minor crimes and the majority of those sentenced have avoided jail time. Meteer, who is accused of entering the Capitol through the Senate Wing door and being forcibly removed, pleaded guilty to one count of parading, demonstrating or picketing in a Capitol building, a charge that comes with a maximum sentence of up to six months in prison.

Meteer traveled from Tennessee to Washington, D.C., to protest the presidential election, which he believed was stolen, according to court documents obtained by Newsweek. In several Facebook comments, Meteer wrote that he was “right where our honored veteran was viciously assassinated,” a reference to Babbitt. The Air Force veteran was fatally shot while attempting to climb through a broken glass panel on a door.

“Trump Lives Matter,” Meteer wrote on Facebook, according to the court documents. “Dems protest by looting Walmart; reps protest by ‘petitioning’ congress. And their response is a modern-day Boston massacre.”

The Tennessee man was arrested on August 10 and “generally” answered FBI agents’ questions. However, he “refused” to answer agents’ questions about whether he entered the Capitol building. Meteer was charged with knowingly entering or remaining in a restricted building, disorderly and disruptive conduct, entering and remaining on the floor of Congress, and parading, demonstrating or picketing in a Capitol building.

Hundreds of people have been charged in connection to the Capitol riot and it’s become the largest prosecutorial undertaking in America’s history. Law enforcement has vowed to leave no stone unturned and continues to make arrests a year later.

Trials for those who have pleaded not guilty have been delayed, leaving some defendants in jail for months as they await their day in court. Given the lenient sentences some defendants have already received, attorneys told Newsweek they could be persuaded to plead guilty.

Michael McAuliffe, a former federal prosecutor, previously told Newsweek that he wasn’t surprised many of the sentences imposed so far didn’t involve jail time. Many of those defendants had little or no criminal history and didn’t engage in physical violence.

“The judges have been clear that the sentences reflect the severity of crimes and the degree of involvement of the defendants in the riots. Future cases involving violence or assault or more significant roles will assuredly result in more significant sentences. Time will tell,” McAuliffe said.

Former President Donald Trump has criticized the treatment of the Capitol riot defendants. He accused Democrats of fabricating what took place on January 6 and using the Capitol riot to crack down on the “civil liberties” of American citizens.

Meteer also related the Capitol riot to the 1789 storming of the Bastille, a royal fortress and prison in Paris that was symbolic of the French king’s tyrannical rule. He wrote in a Facebook message that a patriot’s “duty” is to “rattle the cage” and “remind them who really runs the show” when the “sacred vote is violated.”

Meteer is scheduled to be sentenced in April.