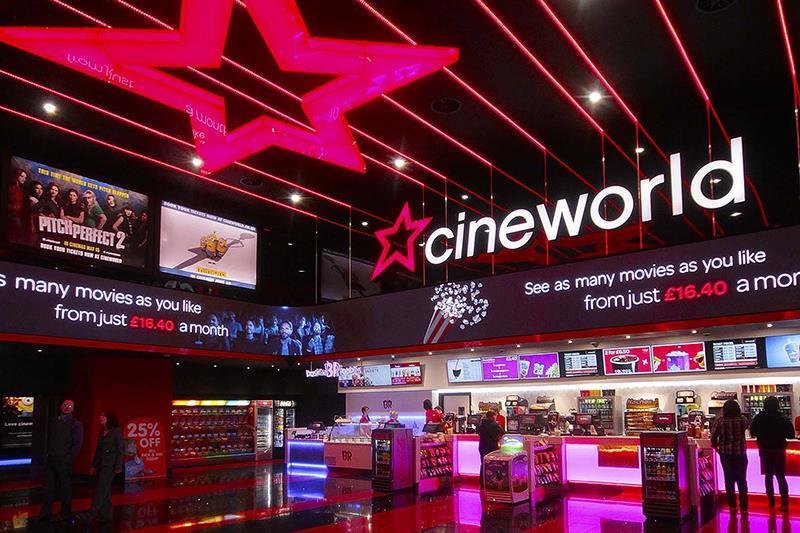 Mooky Greidinger’s schedule is relentless. As the CEO and largest shareholder of Cineworld Group, he oversees a business that has cinemas in 10 countries — the US, the UK, Ireland, Poland, Romania, Hungary, Czech Republic, Bulgaria, Slovakia and Israel. It is currently the second biggest cinema operator in the world.

Cineworld has been a source of huge and sometimes rapacious interest for investors and financial analysts since the pandemic began. The business has sizeable borrowings — its net debt in 2021 had risen to $5.04bn — and it is still caught up in legal action surrounding its abandoned acquisition of Canadian chain Cineplex.

Nonetheless, speaking to Screen International from Tel Aviv on the eve of CinemaCon, Greidinger is in bullish form, optimistic about how cinemagoing will continue its post-Covid revival in 2022 and 2023 (revenues in all 10 of Cineworld’s territories had risen during 2021).

The Israel-based executive shares details about his upcoming travels, saying that his itinerary is very much back to business as usual.

“I am flying tonight to the US, next week I am in England. Except for the first four months of the pandemic when it was really not allowed, I am travelling as usual. I strongly believe that I need to be on the spot with the team in the cinemas. I travel almost every week — I am a good customer of the airlines.”

How do you see the product line in 2022-23? Which films most excite you?
The line-up looks amazing. Even compared to very strong years in the past, it is in line if not better. For 2022, we have an outstanding number of movies: Avatar, which will probably be the biggest, but there are three still huge Marvel movies to be released, and there are also another three Avatars, two already under production; Top Gun, the new Jurassic World, new Minions, a new movie from Pixar on the legacy from Toy Story [Lightyear]; there are movies in the Star Wars series, Mission Impossible, and a new Indiana Jones movie on the way.

What are your feelings now about No Time To Die? The delays in its release meant you kept your cinemas closed. Could it have helped the sector if it had been released earlier, or did its success justify the delay?
It is very difficult now to estimate what would have been the results on the other dates. I know there were some in the industry who said the movie would be hurt because it was postponed so many times. The results show it did not suffer from this, becoming the number three movie in the UK of all time. At the end of the day, it was a huge success, a very strong message for us, mainly in the UK market of course. We have now in the UK the number three and four movies of all time, Spider-Man: No Way Home and No Time To Die, released within three months in 2021. It was lucky for all of us that the movie was released very well and did extremely well. We are waiting already for the new Bond!

Cineworld’s share price has been volatile during the pandemic and analysts always point to the company’s large levels of debt. What are the short and longer term plans for reducing debt, especially given rising interest rates?
This was something which was completely unexpected. I like to say that I am in this business since almost the day I was born. I started in the family [business]; I am the third generation in the cinema industry. We never faced a closedown of two years on and off where the income of the company comes to be zero overnight. Naturally, the debt is growing because there is no other source [of income]. It was very, very difficult from any aspect you look at it.

First of all, we have in the group more than 35,000 employees worldwide. Every government had different [Covid] rules, different support. We had to take care of special cases.

The second thing was all our landlords; we have [nearly] 800 sites, not each one with a different landlord but I would say we have 250 to 300 landlords and we had to deal with all of them, to explain we cannot pay rent while we are closed. We had to deal with the debts.

I am known as a hard worker. I never worked so hard as I worked in the past two years. This was a huge effort not only of myself but all my management team were amazing. It was a huge struggle. It was not simple. It’s not over yet because we’re just now starting to see the summer movies coming up. We are in good shape moving forward. If there are no big Covid surprises, I hope we are turning the direction of the ship.

To the analysts, I do not agree with everything they write. I agree with some of what they are writing. This is their job; my job is to run the company. I fully respect and read what they are saying.

A company which has now a debt of $5bn needs to take care of that. First and foremost, we need to take care of it by selling tickets. We sell tickets, we sell popcorn, we sell Coke. This is the first condition. Once the business is getting into the shape of a normal course of business, we will be able to see what other measures we can take to deal with it. It is, of course, a priority for us to take the debt down.

Are you confident your appeal against the Cineplex verdict will be successful? If you had known the pandemic was around the corner, would you have made different decisions in terms of expansion?
I think the two North American deals we did were great deals. [US chain] Regal was amazing for Cineworld. The potential in Regal is still even not used in full because we were in Regal for less than two years when Covid came.

The Canadian deal [with Cineplex] was the right deal to do but there were issues. I will not go into the legal side. We are now waiting for the result of the appeal. It will take some time. We strongly dis­agree with the verdicts. At the end of the day, it is the call of the Canadian courts. Whatever will be the results, we will respect it.

You operate in 10 countries, including the UK and US. What differences are you seeing in these markets in terms of recovery? How long will it take UK cinema attendance to bounce back? Are eastern European markets being affected by the war in Ukraine?
Every country has its own issues. Covid was not parallel in the countries. We felt strongly in the first two or three weeks of the Russian invasion of Ukraine that in central Europe, people were worried, dealing a lot with the refugees; [they] really took care of the problem to the best [extent] they could. There were great human stories, great support by Poland, Hungary, Czech Republic and Romania.

But it affected the business, we cannot hide it. There are ups and downs. All these countries, they have already touched at a certain stage the 2019 numbers but then dropped a bit because there was not so much product. But we had an amazing summer in Israel, a very good Christmas period in central Europe, a great fourth quarter in the UK in 2021, an amazing fourth quarter in the US.

The relationship with your workers has sometimes been tense and there were the strikes (2014‑18) at the Ritzy in Brixton, south London. You are portrayed in the press as a tough employer. Is that fair?
First of all I would say this: the major power of the Cineworld Group is its workforce. We take it very seriously and we believe that we are very good employers. If you would ask the majority of the employees before Covid and after Covid, I think 95% or 98% of them would say that they are very happy and think we are good employers.

When you run a business with 35,000 employees, naturally the media will take the extreme cases. The Ritzy is one cinema out of 135 we have in the UK, one cinema of [nearly] 800 cinemas that we have worldwide. I am very happy to say all the issues in the Ritzy are behind us. The employees there are part of the Cineworld family and we are soon going to announce a refurbishment of the Ritzy.

Of course, there will be people here and there who are not so happy or the media that will find something. I would say again, I think we are a very fair employer. We are extremely proud of our team, from the employees on the floors of the cinema to our executives.

The UK leads the world in terms of what may be termed ‘boutique’ cinema chains. Would you export the Picturehouse model or brand to other territories in which you operate?
We believe the concept is working and we might try it in other countries at a later stage, after everything calms down a bit.

What are your feelings about average cinema ticket prices in UK cinemas?
I think the ticket price in the UK and in other places in the world is very realistic. We don’t need to look at the West End [prices] where the cinemas are extremely special and real estate costs a fortune. But if we look all around, we can proudly say that going to the cinema is still the most affordable entertainment out of home for anyone.

This is one thing. The second is that our big formats — Imax, Superscreen, 4DX and ScreenX — are becoming a phenomenal success. The demand for them, and their share of the income in big movies like Spider-Man and The Batman, is growing. It shows that for this level of experience, people are ready to pay more.

Last but not least, we have for many years at Cineworld the Unlimited [membership] to serve the movie lovers.

[Another] thing is the energy crisis. We need to heat huge buildings. We need to have a lot of light. Our projectors are [using] a lot of electricity. In this way, we have rising costs. We have to be very careful about touching prices but here and there we have no option. Like prices in the supermarkets going up, it is part of the characteristics of inflation.

How do you feel about the theatrical window debate? Has your own thinking on this shifted during the pandemic?
It might be surprising for me to say because I was known as a strong supporter of the window as it was [but] the 120 days window was a bit too long. But nobody touched it. Distributors did not want to discuss [it], studios did not have a direction. This was the general situation.

I would say that one of the positive results for the industry from Covid, strange as it may sound, was the issue of the windows. I think exhibition learned that we can live with a shorter window and the studios learned that in order to maximise the income from a movie, they must keep the window.

If we look today at this, nobody will say that The Batman or Spider-Man or No Time To Die could have done the business they have done without a window. On the other hand, exhibition learned that the window of 90 days and 120 days is too long in the world of today. Today, if we can call the new normal 45 days, there will be some exceptions here and there for sure — we hear already that for the big movies the studios are considering 60 days, 70 days, for smaller movies it might be a bit less.

I believe Covid gave the studios the opportunity to make all kinds of tests: of what is going on if they go day and date, or if they go directly to the streaming.