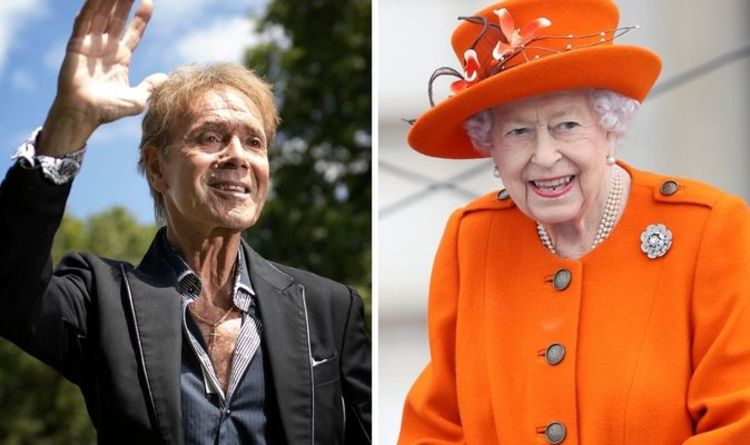 Cliff Richard discusses why he won’t pose topless for photos

Queen Elizabeth II marks 70 years on the throne today as she becomes the first British sovereign in history to reach the milestone. She ascended the throne on February 6, 1952, when her father King George VI passed away in his sleep aged just 56. To celebrate the unprecedented anniversary, a series of major events are taking place throughout the year, beginning tonight with a brand new documentary looking back on her reign.

‘The Queen: 70 Glorious Years’ airs tonight on BBC One, and offers an insight into how the UK has evolved during Elizabeth’s reign — from those who were there.

Some of Britain’s best-loved stars including Sir Cliff Richard, Sir David Attenborough, Sir Trevor McDonald and Alesha Dixon all feature in the documentary.

Sir Cliff has met the monarch on numerous occasions. She awarded him his OBE for services to music to charity in 1980, and he also received a knighthood in 1995.

He wrote in his 2020 autobiography that he had “never even imagined” such an honour.

READ MORE: Bridget Fonda, 58, unrecognisable as she steps out in LA again

Cliff Richard at the Diamond Jubilee in 2012. (Image: GETTY)

Having taken his mother along when he received his OBE, he decided his three sisters would accompany him to “Buck House” for his knighthood investiture.

Sir Cliff recalled, upon arrival, that one of the Queen’s courtiers had advised him to use the kneeling stool’s handle, which left him a “little affronted”.

The courtier replied: “I have seen people who are so nervous that they fall onto the stage, sir. I would use it.”

Sir Cliff wrote the courtier proved correct, nerves got the better of him: “When Her Majesty came out, I put my right, slightly trembling knee onto the cushioned stool and, yes, I found that I was gripping the handle. Tightly.

“The Queen was handed a ceremonial sword and tapped me lightly on both shoulders.

“She didn’t say, ‘Arise, Sir Cliff!’ but when I stood back up, she put the chain around my neck and said, ‘This has been a long time coming!’.

“And I said… well, Lord knows what I said! My brain had frozen and I mumbled some utter gibberish. She just smiled, sympathetically — I think!”

He added: “I felt so foolish. Back in the anteroom with my sisters, I told them what had happened: ‘The Queen must be wondering why she didn’t give it to somebody who can speak English!’ I said.”

Sir Cliff wrote he was far from the only one to have been lost for words. He recalled the same thing happens with many of his fans.

He added: “And I would certainly have been the same had I ever met Elvis!”

Sir Cliff recalled his immense pride at receiving a knighthood, and said it was “one of the greatest days” of his life.

Sir Cliff recalled his heartache that his late father could not be there. (Image: GETTY)

He wrote: “It’s the ultimate honour and that was exactly what it felt like.

“The best thing was that I learned that, although they are awarded at the Queen’s discretion, knighthoods are initially nominated by members of the public.

“It meant there were people out there rooting for me, and this made it even more special.”

He did admit, however, that one thought was running through his mind the entire time.

Sir Cliff wrote: “As ever, one thought was in my mind: I wish Dad could have seen this.”

His father, Rodger Webb, passed away in 1961 aged just 56, the same age as the Queen’s father on his death. Sir Cliff later admitted that his dad’s death had a great impact on him: “My father died very young.

“He missed the best parts of my career. When my father was sick, we became very close.”

The Queen: 70 Glorious Years airs at 6pm tonight on BBC One.

‘The Dreamer’ was written by Cliff Richard and published by Ebury Press in 2020. It is available here.