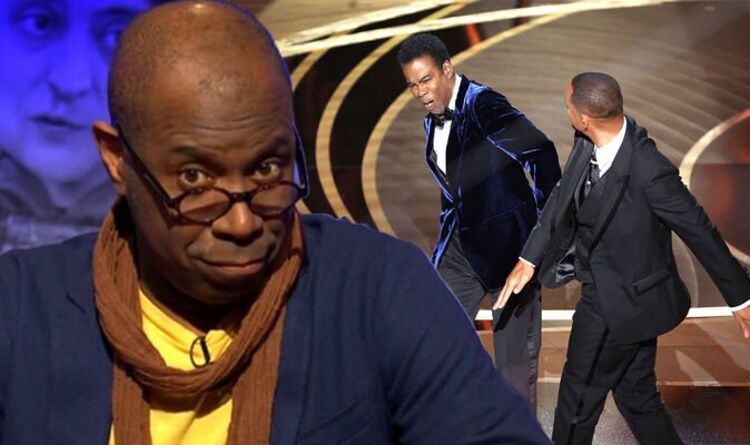 Chaos first broke out at the Oscars on Sunday after Chris made a joke about Jada’s decision to shave her head – something she has admitted felt heartbreaking.

Referencing the 1997 action film G.I Jane starring Demi Moore, who shaved her head for the role, he said “Jada, I love you. G.I Jane 2, can’t wait to see you.”

The comment resulted in Will walking up to the stage and striking the presenter in the face, before returning to his seat and yelling: “Keep my wife’s name out of your f*****g mouth.”

Attempting to regain his composure, Chris said: “Wow, Will Smith just smacked the s**t out of me. That was the greatest night in the history of television.”

Have I Got News For You airs Fridays at 9pm on BBC One.