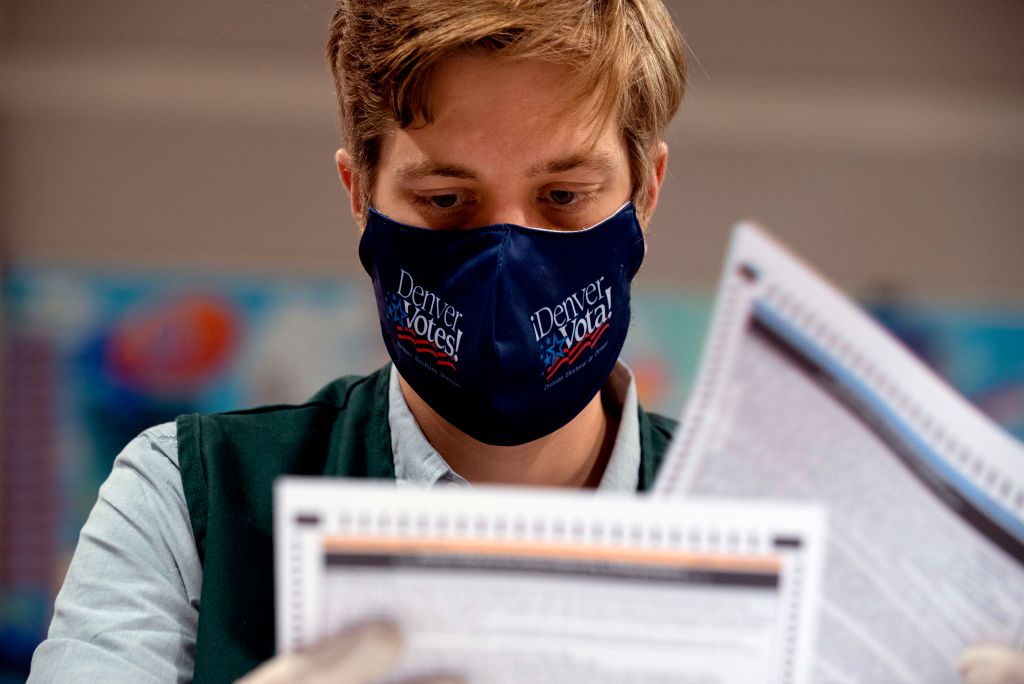 While the effect of President Joe Biden‘s performance on the November midterms remains unclear, particularly with regard to Latino voters, a Colorado House district nestled between the northern Denver suburbs and the more agricultural Greeley is a likely bellwether for Democrats nationally.

Colorado had seven congressional districts until this year, when an independent commission created the new 8th Congressional District in the wake of the 2020 census. It sit on a political razor’s edge, with Democrats holding a slim 1.3% advantage in statewide races from 2016 to 2020. The 2022 midterms will be the first contest for the seat.

Latinos make up 38.5% of the district’s population, the largest such percentage in the state.

As part of its work in drawing up the new district, the Colorado Independent Redistricting Commission looked at the hypothetical winners and margins of victory in statewide races going back to 2016 if their proposed district had been in place at the time.

The results are illuminating. In the 2016 presidential contest, Donald Trump would have won by a 1.7% margin, although Hilary Clinton won the state of Colorado by a 4.9% margin. Although Jared Polis won the 2018 race for governor by a whopping 10.7% margin, he would have just squeaked by in today’s 8th district with a 1.9% margin.

And although Democrat John Hickenlooper defeated his Republican opponent Cory Gardner statewide by a 9.3% margin, he would have barely carried the new 8th District by just 1.7%.

Sabato’s Crystal Ball, a nonpartisan newsletter run by the University of Virginia Center for Politics, counts CO-8 as one of 17 toss-ups in the country out of dozens of races. Their analysis states the majority of such competitive districts often go to just one party during wave election years, as they did in 2006, 2010, and 2018.

These are scary numbers for Democrats going into fall midterm elections that already look grim for them. And in the new 8th District, Latinos look to be the difference maker.

“This is one of the rare toss-up races where the Latino vote will be the deciding factor,” said Chuck Rocha, a Democratic consultant, who helped set up the campaign for Adams County Commissioner Chaz Tedesco, one of the leading candidates in the race.

On the Democratic side, Tedesco has received a slew of labor endorsements, including from four unions on Wednesday alone, to go along with previous endorsements including the United Steel Workers. Those labor supporters are hoping Tedesco will become the only former local union president to serve in Congress.

State Representative Yadira Caraveo, the other leader on the Democratic side, is a pediatrician who has racked up endorsements from national groups in recent days including EMILY’s List, which backs pro-choice women’s candidates, and Latino Victory, which said she has worked to expand health care access and protect voting rights as a state legislator. The endorsement is part of the group’s efforts to increase the Latina bench in Congress, the group said.

Alvina Vasquez, a Democratic strategist who served as political director for Jared Polis’ 2018 gubernatorial campaign, said she disagrees with national prognosticators, and told Newsweek the race won’t be a toss-up because Polis is on the ballot again.

“I think it’s going to go blue with the governor leading a statewide race that leads to more money and investment in those races in an off-year,” she said.

“If Polis wasn’t running we would lose,” Subia told Newsweek. “But because he is running it’s going to energize the race, though I don’t want to take anything for granted.”

Mike Stratton, a 50-year veteran of Democratic politics, served in the Carter and Clinton administrations. He has had a hand in many of the Colorado campaigns for Democrats elected statewide, and called such thinking “naive.”

He said money will be coming into Colorado, but it will be because Senator Michael Bennett has a harder race than he would have had because of the national environment.
He cited generic polling that shows Polis leading by about 5 points, but Bennett leading by only two points.

Subia is concerned that Biden’s uneven accomplishments from a long agenda that has been stymied in Congress will make it harder to mobilize voters in a district with 428,307 registered voters, the smallest share of active registered voters of any of Colorado’s congressional districts, according to the Colorado Sun.

He said that while Biden “took over a car in a ditch that he’s been working to get out,” he acknowledged it’s “hard for us to motivate voters when Biden hasn’t really done a good job.”

Subia’s LULAC joined the Latino Action Council in Colorado, a coalition of 48 organizations that is identifying counties with large Hispanic populations to work in ahead of November while strategically pinpointing targets for investing resources to court Latino voters.

It currently costs LULAC $56 to register each voter, Subia said, and Republicans are certainly going to spend a lot of money. But in a recent meeting he said the 8th Congressional District provides the most bang for the coalition’s buck with Hispanics.

Many of the voters Democrats need to register and turnout are infrequent, “apathetic” Latino voters who are used to being part of the more conservative 4th Congressional District that always elected Republicans, he said.

“Our mantra here in Colorado is, ‘We’re going to educate to motivate to participate,'” Subia said of an educational strategy to let voters know they’re in the 8th Congressional District now. “We have a fighting chance to win, but we have to educate them.”

Stratton said some things are empirical — “like the sun coming out in the morning” — and one of those is that in off-year elections Democrats are “lazy” and don’t turnout enough.

“If Republicans turn out their suburban and exurban base on issues like inflation and don’t get into stupid cultural wars, if they reduce the race to kitchen table issues, they have a huge advantage,” Stratton said.

That means the race will hinge on the 20% percent or so part of the electorate that are true independents.

“Those people, with no exception in the last 50 years, decide how things go in a statewide election,” he said.

As in many places around the country, housing and jobs are key issues in the race, according to political observers in the state, but they say the environment also plays a role locally.

“People are getting priced out of their houses, so the only equity people have, it’s not even their work, they’re not getting paid more to work,” Vasquez explained. “The equity they have is their property, but when oil and gas fracking comes into their neighborhood their property value is threatened by the growth of refineries.”

On the Republican side, the candidates include Thornton Mayor Jan Kulmann, who has close ties to the oil and gas industry, having worked for two big companies in Colorado, as well as Weld County Commissioner Lori Saine and State Sen. Barbara Kirkmeyer.

Mike Beasley, a Colorado Republican lobbyist, grew up in what is now the 8th Congressional District and went to Thornton High School, which sits at the heart of the district. He told Newsweek that while Kirkmeyer is a friend, she has shown the organizational strength and fundraising ability thus far that in his view makes her a favorite on the Republican side.

Among the Democrats, he called Tedesco the most “electable,” and said that while Caraveo grew up in the district, her challenge would be “not being painted as too liberal for the district.”

But beyond the primary, Beasley says Republicans can win the seat in November.

“If the election were tomorrow, I have it ‘lean Republican,’ because of national and local issues,” he said. “Voters don’t like one-party control. I think I know every candidate in the race, and they’re all hearing the same thing about one-party control.”

When it comes to Biden, the local Democratic activist Subia said he tries to let voters know he took over during a pandemic and “you gotta give the guy a chance to make it right.”

But he also sounds like someone advising Latino voters to go with the devil they know.

Still, he believes it’s better than the alternative.

“What we’re saying is give it some time. stay active, stay strong, and see what happens, Subio said. “But don’t let Republicans take control, because it’s not going to get any better.”

“If you think it’s bad now,” he added, “wait to see what happens if Republicans are in charge.”