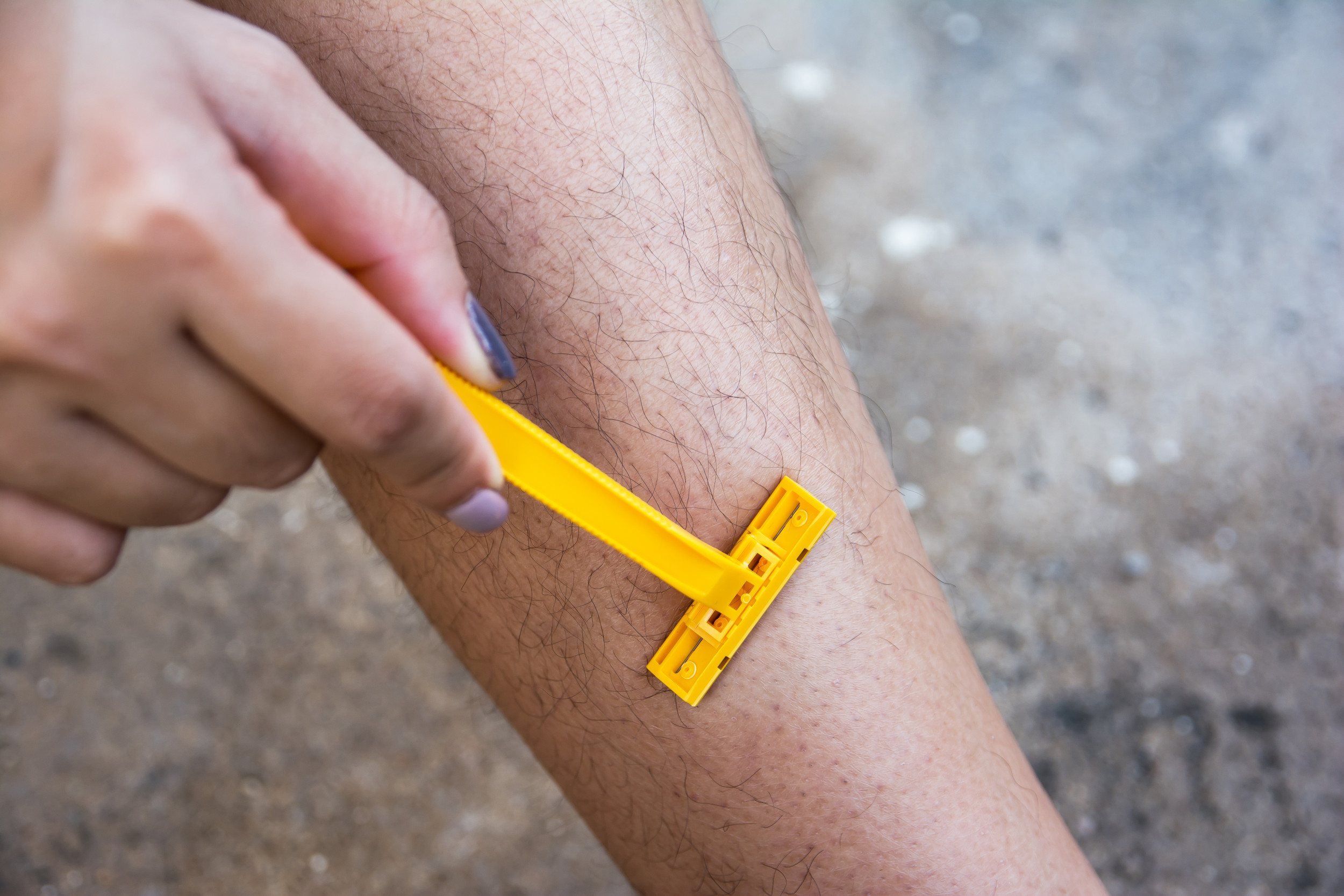 A woman revealed she eventually split up with her boyfriend after she texted him a photo of her hairy legs, which he branded “unhygienic” and “gross.”

While many women remove body hair, it’s an individual choice, and some operate a seasonal regime and forgo hair removal during the colder months.

It seems one woman decided to embrace her “winter coat” over the holidays, and sent her boyfriend a snap of her au naturel legs.

Huh shared a clip to her TikTok account, @bonedrymilkers, showing the fuzzy photo she texted.

She captioned the snap: “Sending my bf a pic of my hairy legs.”

Huh posted the resulting conversation between the pair, which took a sour turn.

Alongside the photo, Huh initially said: “Lol babe look at how hairy my legs are.. Hahahah I haven’t shaved since like Christmas.”

Her then-boyfriend had also realized, as he replied: “Yeah I’ve noticed lol you should really get on that. It’s kinda gross tbh.”

After getting such an extreme reaction, she said: “Okay? Lol it’s not that serious, it’s leg hair. I’ll do it soon I’ve just been embracing the winter coat.”

But her boyfriend doubled down and wrote: “No you should be embarrassed it’s really just unhygienic for a female. Plus it’s a total turn off.”

She asked him if he was “joking” or being “serious,” as she questioned: “Leg hair is a turn off?”

But he responded with a very blunt: “Yeah talk to me when you shave your legs.”

The clip, captioned “does anyone know why men are like this,” has amassed a whopping 14 million views since being shared last week, and can be seen here.

In response to it blowing up, Huh shared an update with followers as it seemed her boyfriend backtracked slightly, saying: “I clearly wasn’t being serious when I told you not to talk to me.”

But Huh revealed she shared their conversation online, as she told him his reaction was “stupid” while they penned lengthy texts to one another.

“It’s normal for women to have body hair,” she said in reply, adding: “Ur reaction was pretty childish and kinda p****d me off.”

He wasn’t happy with their conversation being made public, but he stuck to his guns and wrote: “I prefer our legs not to have the same feel. If it’s that big of a deal to you idk what to tell you.”

One sentence from her reply went on to say: “But I don’t have to shave for u, and if you don’t get that idk what to tell u.”

In another message she told him: “I think I deserve better than whatever you’re giving me. I do love you but where’s the line. Like when do I get to put myself first.”

He asked if he was “the bad guy” for saying “no thanks” to hairy legs, and in the end the pair decided to talk.

But the clip ends with Huh giving a thumbs up through tears at the camera, as the caption says: “Update, we did in fact break up.”

Part two, which amassed more than 2 million views after being shared last week, and can be seen here, elicited similar comments as the original.

Rachel Chinouriri commented: “It’s for the best. I promise. His views on women are laced in misogyny, don’t want that for future daughters or you.”

Mirabella Chau said: “The misogyny and double standards flow so freely out this man.”

Although Dion.fessenden pointed out: “While I agree the dude was a red flag, I would have immediately broken up with her the moment she brought our private convo to TikTok.”

A YouGov survey asked Americans about their opinion on beauty standards and hair, with the YouGov Body Image Study 2021 revealing most think leg hair on a woman is unattractive.

Some 59 percent of respondents claimed it was unattractive, compared to just five who thought it was attractive.