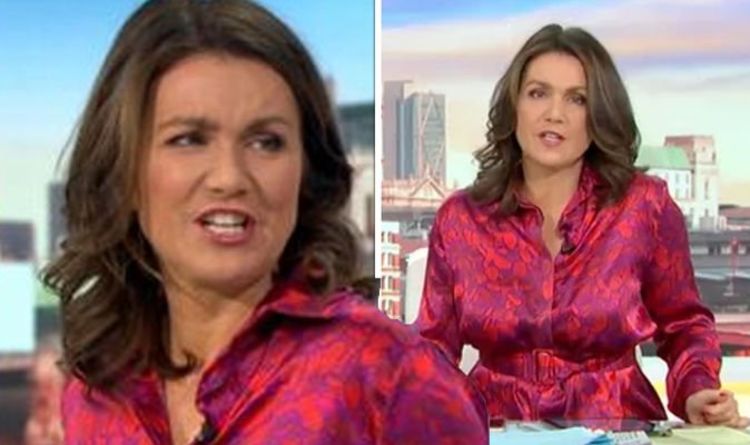 Susanna Reid returned to Good Morning Britain earlier today to present with Ed Balls. However, some viewers noticed something unexpected about her outfit on the morning news show.

Several GMB fans took to social media this morning after they thought it looked like she was wearing red satin pyjamas.

“Has susanna Reid still got her pjs on,” asked Anon. (sic)

Screenshotting a news article referencing the pyjamas claim, Susanna responded to the rumours.

Regina_cleary_osam replied: “I loved it, thought the colours were beautiful.”

While N1kk1dh quipped: “I don’t think anyone would complain seeing you in Pj’s, Queen SR.” (sic)

Elsewhere on today’s show, Susanna blasted claims Boris Johnson had a gathering during lockdown to celebrate his birthday.

She and her co-host Ed questioned journalists Andrew Pierce and Kevin Maguire over the reports.

Susanna said: “They thought that because they were behind the gates of No 10, no one was watching.