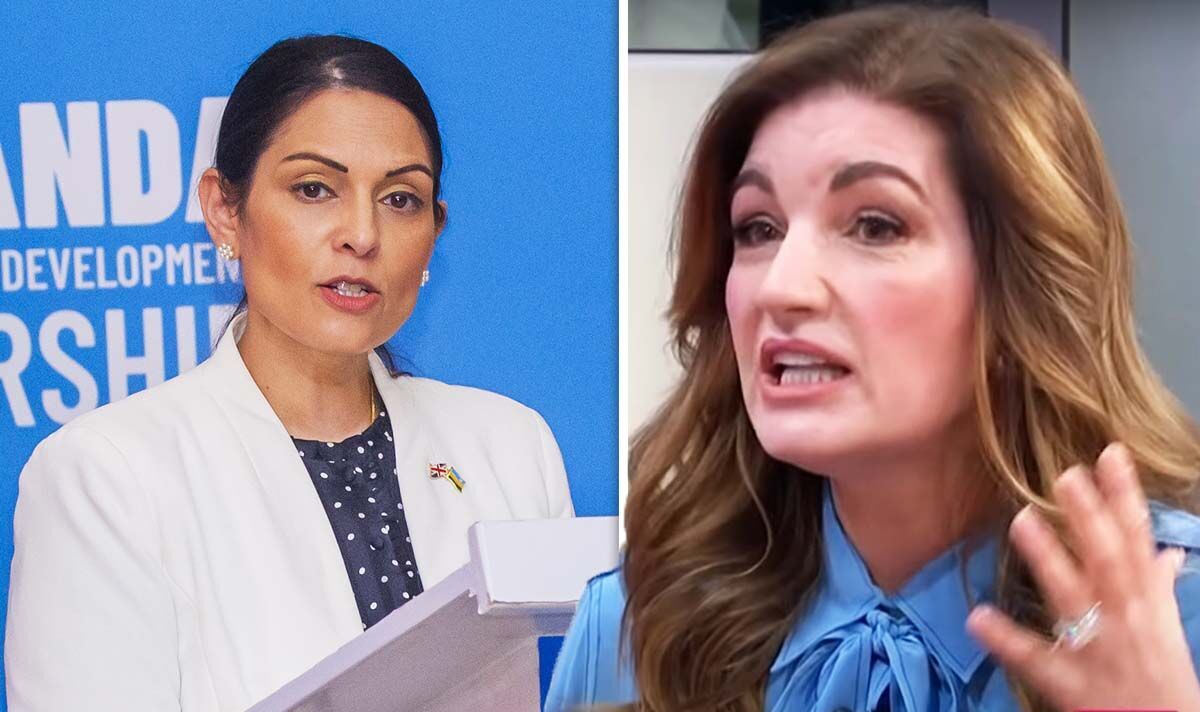 Business magnate Karren Brady, 53, has thrown her support behind Priti Patel’s policy on immigration which will see some asylum seekers who arrive in the UK sent to Rwanda to have their claims considered by the African authorities.

If Rwanda recognises their claim they will be granted refugee status but those who are rejected will be deported.

Karren states that “such a deterrent cannot come soon enough”.

She asserts that the policy has “the potential to save lives” and prevent “migrants [travelling to] Britain in flimsy and dangerous boats”.

Ms Patel’s deal has sparked criticism, including from the Archbishop of Canterbury who said sending asylum seekers to Rwanda is “opposite the nature of God”.

In addition, Labour leader Keir Starmer said he believes the policy is being used as a “distraction tactic” away from Partygate and the cost-of-living crisis, he told BBC’s Sunday Morning programme.

Criticism has also come from former prime minister Theresa May.

She said she does not support the deal “on the grounds of legality, practicality and efficacy”.

However, Apprentice star Karren disagrees and says Ms Patel should be applauded for the deal.

The Home Secretary explained to the Sunday Telegraph: “It’s not like a trade deal.

She added that the policy is underpinned by a “moral duty to save lives” and that bringing it forward will “hopefully be for the greater good of humanity”.

He said: “This is the morally right thing to do and the humane and compassionate thing to do.

“We cannot have people continuing to die at sea, paying huge sums to evil people trackers who are simply exploiting their hopes and their ambitions.

“We need to encourage them to take the safe and legal route if they want to come to this country.”