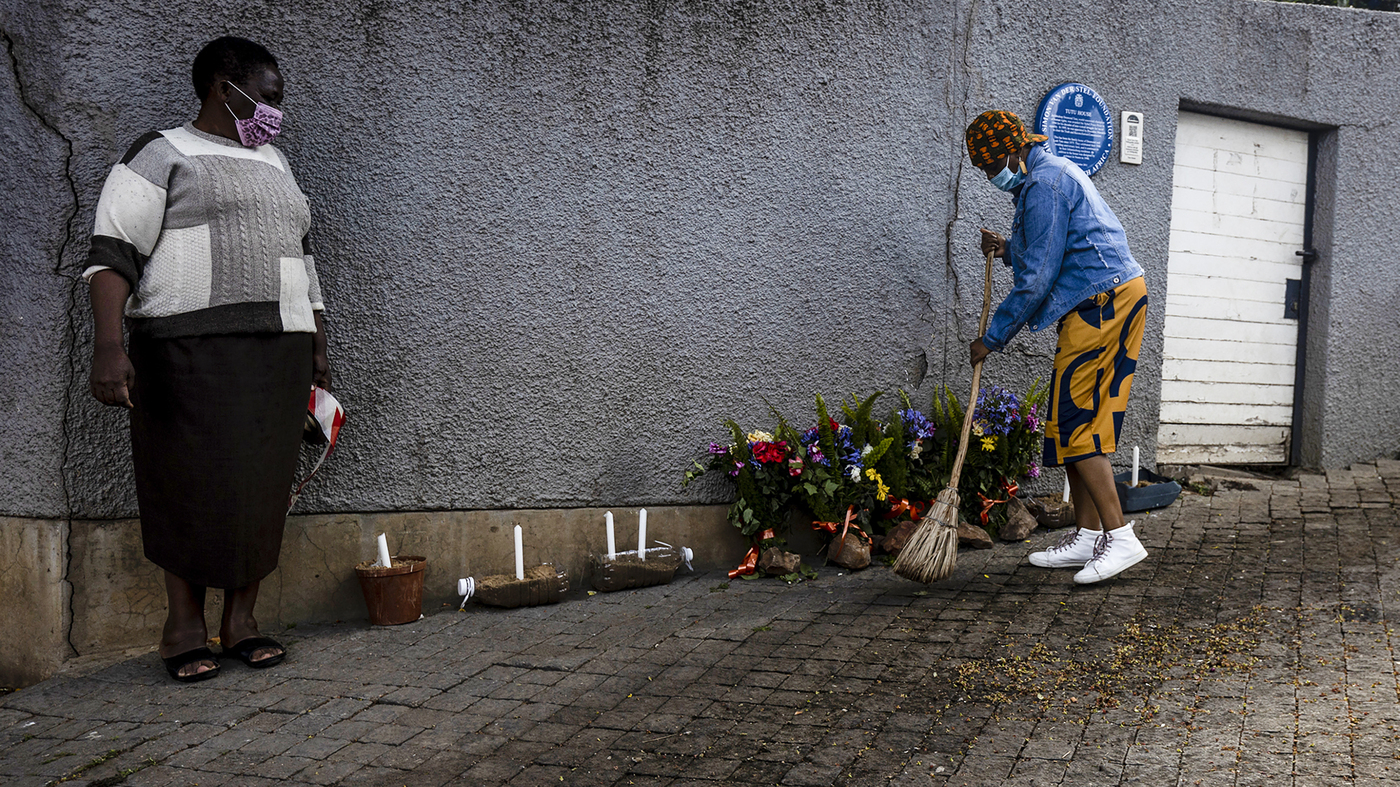 Leaders around the world are mourning the death of Archbishop Desmond Tutu, the human rights crusader who died in Cape Town at the age of 90.

A Nobel Peace Laureate Emeritus, Tutu is widely hailed for playing a key role in dismantling apartheid in South Africa and chairing the nation’s Truth and Reconciliation Committee. Across continents on Sunday, global leaders are remembering the archbishop for his pursuit of racial justice and equality, as well as his unforgettable sense of humor.

The passing of Archbishop Emeritus Desmond Tutu is another chapter of bereavement in our nation’s farewell to a generation of outstanding South Africans who have bequeathed us a liberated South Africa. pic.twitter.com/vjzFb3QrNZ

“A man of extraordinary intellect, integrity and invincibility against the forces of apartheid, he was also tender and vulnerable in his compassion for those who had suffered oppression, injustice and violence under apartheid, and oppressed and downtrodden people around the world,” Ramaphosa said.

The Elders, a global human rights groups that former South African President Nelson Mandela formed in 2007, released a statement mourning their emeritus member, who liked to be called “Arch.”

“The Elders have lost a dear friend, whose infectious laugh and mischievous sense of humor delighted and charmed them all,” The Elders said. “The world has lost an inspiration – but one whose achievements will never be forgotten, and whose commitment to peace, love and the fundamental equality of all human beings will endure to inspire future generations.”

Archbishop Desmond Tutu was a mentor, a friend, and a moral compass for me and so many others. A universal spirit, Archbishop Tutu was grounded in the struggle for liberation and justice in his own country, but also concerned with injustice everywhere. pic.twitter.com/qiiwtw8a5B

“A universal spirit, Archbishop Tutu was grounded in the struggle for liberation and justice in his own country, but also concerned with injustice everywhere. He never lost his impish sense of humor and willingness to find humanity in his adversaries, and Michelle and I will miss him dearly,” Obama tweeted.

U.K. Prime Minister Boris Johnson said of Tutu, “He was a critical figure in the fight against apartheid and in the struggle to create a new South Africa – and will be remembered for his spiritual leadership and irrepressible good humor.”

The Dalai Lama wrote a message to Tutu’s daughter, the Rev. Mpho Tutu van Furth, mourning the loss of a “spiritual brother and good friend.”

“Archbishop Desmond Tutu was entirely dedicated to serving his brothers and sisters for the greater common good. He was a true humanitarian and a committed advocate of human rights,” he wrote.

“I am convinced the best tribute we can pay him and keep his spirit alive is to do as he did and constantly look to see how we too can be of help to others.”