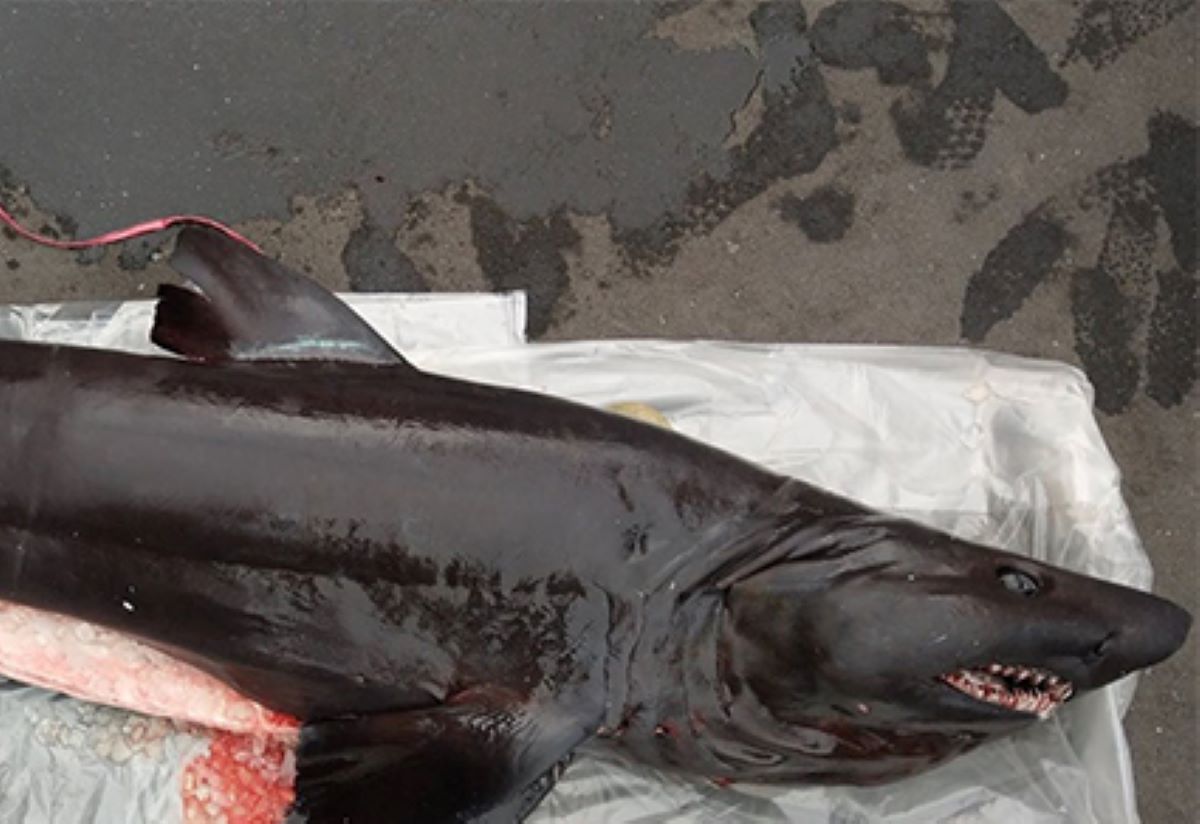 An extremely rare pitch black species of shark that has been recorded less than 10 times has been found in Taiwan, scientists have said.

The bigeye sand tiger shark measured 10 feet in length and was accidentally captured by swordfish fishermen in 2019, in the northwestern area of the Pacific Ocean. It was brought back to NanFangAo fishing port in Taiwan and studied by the Taiwan Ocean University, in Keelung.

An article published in Zootaxa on February 2 by researchers at the Department of Environmental Biology and Fisheries Science at Taiwan Ocean University, said this is the first time the species has ever been found in this area of the Pacific ocean.

It has only been recorded twice in the Pacific before; once in the central part, near Hawaii, and once in the eastern part, off Ecuador.

The bigeye sand tiger shark usually lives in the “mesopelagic zone” of the open ocean, which is approximately 650 to 3,300 feet below the surface. It is sometimes referred to as the “twilight zone” or midwater zone of the ocean, as there is hardly any sunlight.

This particular bigeye sand tiger shark was found on fishing hooks that went 328 feet below the surface of the ocean.

Ng Shing-Lai, co-author of the report and PhD student at National Taiwan Ocean University told Newsweek that as this species lives in such deep waters, where fishing activities are limited, there are “barely any chances” to find them.

This is only the eighth confirmed record of the bigeye sand tiger shark in the world. Along with the three records in the Pacific ocean, the shark has also been found three times in the Atlantic ocean, and twice in the Indian ocean.

The bigeye sand tiger shark differed from the other specimens caught as it had a lower teeth count, the scientists said

The finding confirms a wider distribution of the species across the Pacific ocean and provides strong evidence that this “poorly known species” is thriving in deep waters. The shark will be kept as a specimen at the National Taiwan Ocean University.

Because of the lack of specimens in the world, the species’ biology and general behaviors are still unknown. The International Union for Conservation of Nature (IUCN) categorized the shark as ‘least concern’, given their remote habitat, meaning they have do not usually overlap with fisheries.

There is also not nearly enough data for researchers to evaluate the numbers or the future of the bigeye sand tiger sharks however it likely has a low population. It is usually only caught accidentally by commercial fisheries on longlines.