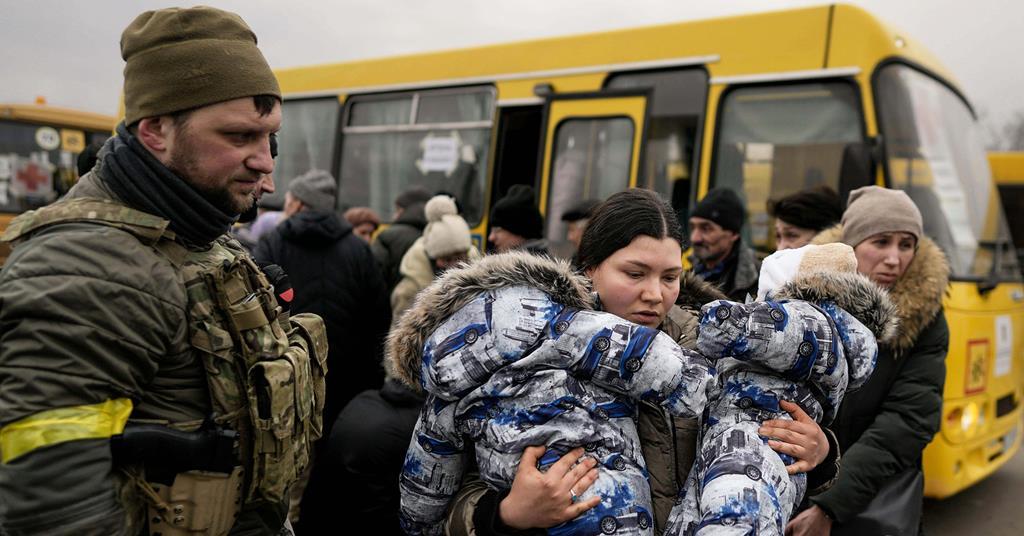 Just when the global film industry thought it was safe to go back on the road, Russia invaded Ukraine on February 24 and everything changed again. At the very worst level, everyone working in the Ukrainian industry has been forced to swap their film set or their office to become a soldier or a refugee, while their Russian counterparts contemplate the option of either exile or almost complete international isolation.

The scale of the response of the international film industry is unprecedented. Economic sanctions against the Russian state means no Russian films or films by Russian filmmakers can be bought or sold right now, Russian sales agents cannot do any business (except reportedly with China), co-productions with Russian producers are on hold, while European funds have frozen financing for Russian producers. Russian films have been pulled from international cinema screens, the US studios and international distributors have suspended the release of all their films in Russia, and Netflix and Amazon have pressed pause on their streaming services in the country.

In terms of practical support, the International Coalition for Filmmakers at Risk (ICFR), an initiative of International Documentary Film Festival Amsterdam, International Film Festival Rotterdam and the European Film Academy (EFA), has launched a fund to help Ukrainian filmmakers, and A-listers of Ukrainian descent including Mila Kunis and Leonardo DiCaprio are donating millions to the relief effort.

Meanwhile, furious and literally embattled Ukrainian filmmakers — including the well-known names of directors Oleg Sentsov, Sergei Loznitsa, Roman Bondarchuk and Alina Gorlova and producer Denis Ivanov — are pleading for a complete cultural boycott of all Russian works. The EFA has confirmed it will exclude Russian films from its awards this year but international festivals, renowned as bastions of free speech and havens for the excluded, are grappling with how to respond effectively. Showcasing Ukrainian filmmaking is one way to express solidarity: CPH:DOX is screening three films about Russia and Ukraine (none of which is actually Russian); Tallinn Black Nights has said it will take a selection of Ukrainian films in post-production to Cannes to help them get completed; and Series Mania has made Ukrainian producer Julia Sinkevych head of its jury. Whether she makes it to Lille is not yet known.

Some, such as Glasgow Film Festival, have taken the immediate decision to pull Russian films (Kirill Sokolov’s No Looking Back and Lado Kvataniya’s The Execution), and Series Mania has dropped a planned showcase of Russian drama.

Others, notably Cannes, Venice and Toronto, have vowed to ban state-backed Russian delegations and filmmakers while finding room for “independent” Russian filmmakers in their programmes. How that works remains to be seen. After all, the Russian government previously found a way to bask in the (very) reflected glory of the Oscar win of a film such as Leviathan, even when the film itself is damning of contemporary Russia and the director is an outspoken critic of the Russian state.

North America is now looking at Europe and is worried about what happens. Suddenly the appeal of the popular eastern European locations is not so strong. While the major facilities remain busy with existing productions, nervous US studios, streamers and production companies with a choice still to make are understood to be looking to the Iberian peninsula and Iceland as alternatives, spooked at the very thought of war in Europe. indeed some US productions are understood to be shying away from Europe altogether. This will be good news (again) for Australia and New Zealand and for North American locations.

And now, just as it did exactly two years ago, the conversation is turning to Cannes Film Festival, the talismanic meeting point of the international film industry. Will the big reunion on the Croisette actually come to pass in two months’ time, or will events in Ukraine put off attendees, especially those from North America and Asia, for yet another year? All bets are off. The Covid-19 pandemic has forever shaken the western world out of its complacency. Don’t close those Zoom accounts just yet. There is no knowing what might come to bite us next.