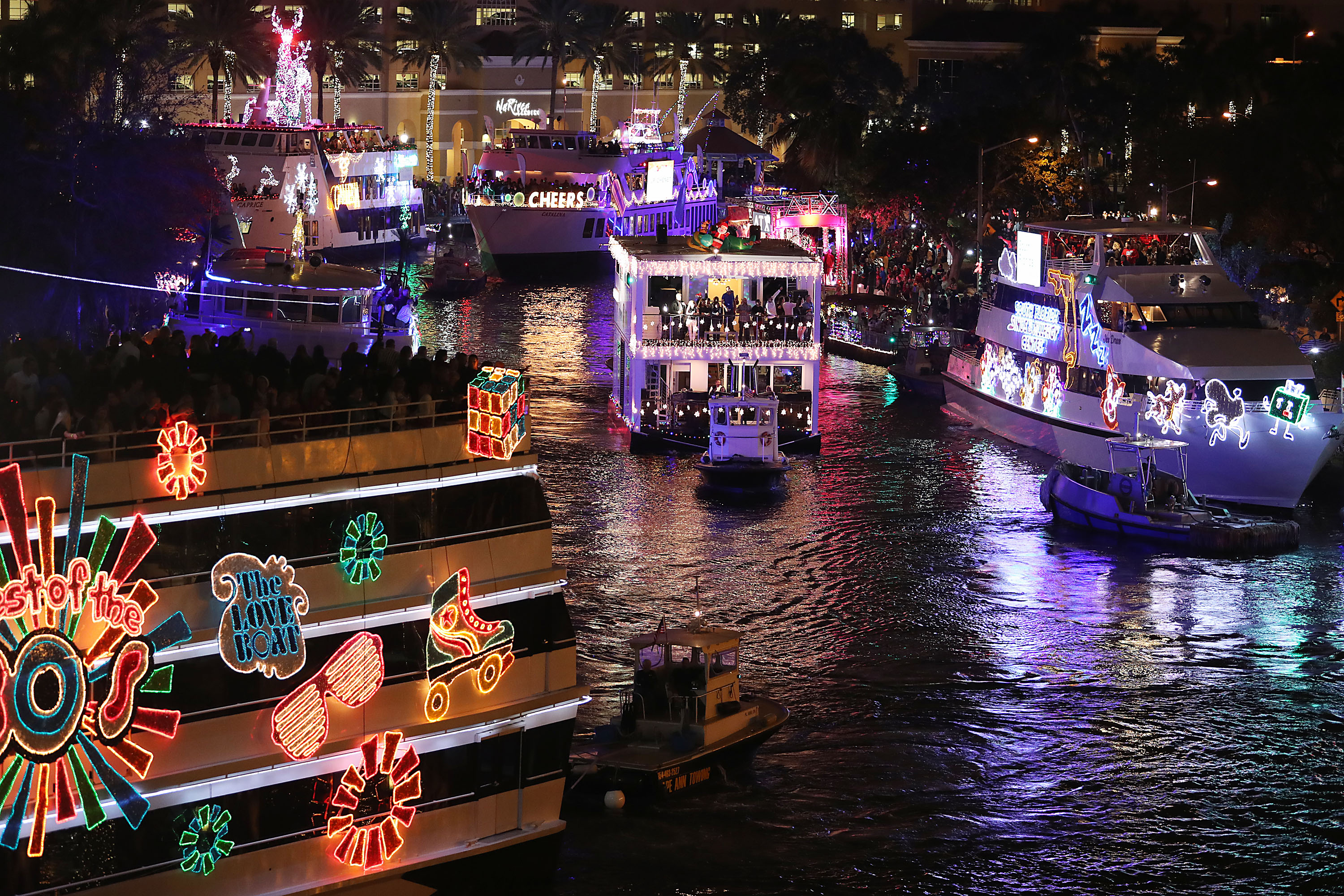 A Florida Christmas boat parade has drawn fire because some of the participants used their displays to express profanity and criticize President Joe Biden, prompting the parade chairman to call political division at a holiday event, “very sad.”

The parade was organized by the local Rotary Club. It was held Dec. 14 in Cocoa Beach, a coastal city east of Orlando. The parade mostly featured illuminated boats, decorated in festive symbols and messages of holiday cheer.

However, the aforementioned displays drew complaints from the parade chairman, some citizens, as well as the city’s mayor and vice-mayor.

“Up to this year, the big issue was throwing candy off the boats,” John Alexander, parade chairman, wrote in an email to the Cocoa Beach City Commission after the parade. “Now the political division of our nation’s people has caused this event to become a focal point of division, which is very sad!”

“I feel this was a planned move by a small group of boat owners, to get attention, and they did,” he added.

In his written response to concerned locals, Cocoa Beach Vice-Mayor Skip Williams said it was unclear if the offending boats were officially registered to participate in the parade.

Registered participants were required to attend a pre-parade captains’ meeting in early December. However, the offenders may have just shown up on the waterway and cut into the parade with their displays, Williams said.

He called the parade a “family-friendly event for all” and “not the place for politically disparaging displays,” Florida Today reported.

“Political messaging has no place in a Christmas parade,” Cocoa Beach Mayor Ben Malik said, according to the publication. “We have enough to fight amongst each other about. We don’t need to ruin Christmas over it.”

The Rotary Club board of directors will meet in early 2022 to discuss future policies to prevent similar incidents. Cocoa Beach’s City Attorney Becky Vose said that a 1995 Supreme Court decision supports the club’s right to ban such displays.

The court ruling involved the organizers of the South Boston St. Patrick’s Day Parade who forbade a local gay, lesbian and bisexual group from marching. In a unanimous decision, the court declared that private civic organizations have a right to restrict the messages and groups in their events, even if those events occur in public.

The Cocoa Beach Boat Parade has been held on the city’s coast since the 1970s.