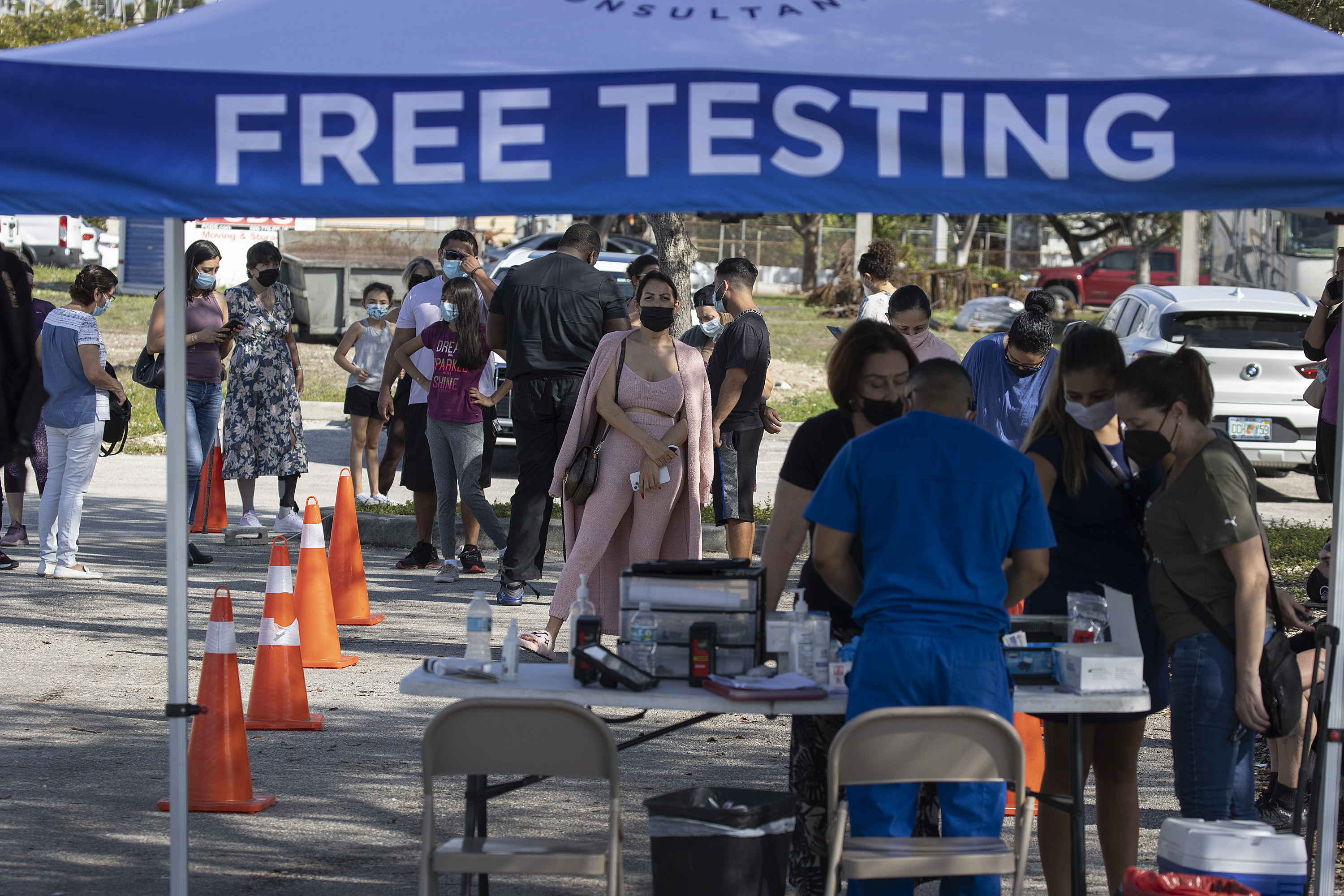 COVID cases in Florida have surged by 320 percent in one week as the state reported a daily average of over 17,800 throughout a seven-day period as Omicron spreads across the U.S.

The sunshine state reported 125,201 COVID cases from December 17 to December 23, increasing dramatically from 29,519 cases reported in the week of December 10. The state’s positivity rate increased by 13.8 percent.

The spike marks a higher infection rate compared to early September when Delta was leading a COVID wave, according to the Tampa Bay Times.

Florida’s seven-day average went from 4,200 cases a week to 17,800, according to the news outlet. The state didn’t release any official data that would indicate whether the surge is driven by Omicron.

Still, health experts warned against a new wave of infections that include deaths and hospitalizations.

“I think we’re in a surge already,” said Cindy Prins, an epidemiologist at the University of Florida, according to the Times. “We know we have a lot of Omicron in Florida, and it’s an aggressive variant as far as how much it spreads. It’s not a surprise for numbers to be very high this week.”

Around 112,000 people in Florida received their first dose of the COVID vaccine this week, rising from 20,000 in the week before, according to the Times. Meanwhile, 331,000 people received their booster shot last week, up 47,000 from the prior week.

COVID cases increased by 56 percent on Tuesday, marking the state’s largest single-day rise in infections rate since late August. Cases on Tuesday increased by 20,194 and also rose on Monday by 12,915.

The surge in COVID cases comes amid efforts by Governor Ron DeSantis and Florida lawmakers restricting measures that could curb the spread of the virus, such as mask and vaccine mandates.

The governor on December 17 announced a preventative monoclonal treatment called Evusheld from AstraZeneca that has recently received emergency use authorization. The treatment has been approved for people with weak immune systems and those who have a low tolerance to the COVID vaccine.

Meanwhile, Researchers at the University of Texas at Austin predicted that a “milder Omicron surge” could peak on January 18 across the U.S. and is expected to include cases, hospitalizations and deaths at levels close to those seen during the January 2021 peak.

Researchers said the scenario could only happen in case the new variant proves far less “immune-evasive” than the Delta variant. As of December 15, the severity and transmissibility of Omicron were still “uncertain.”