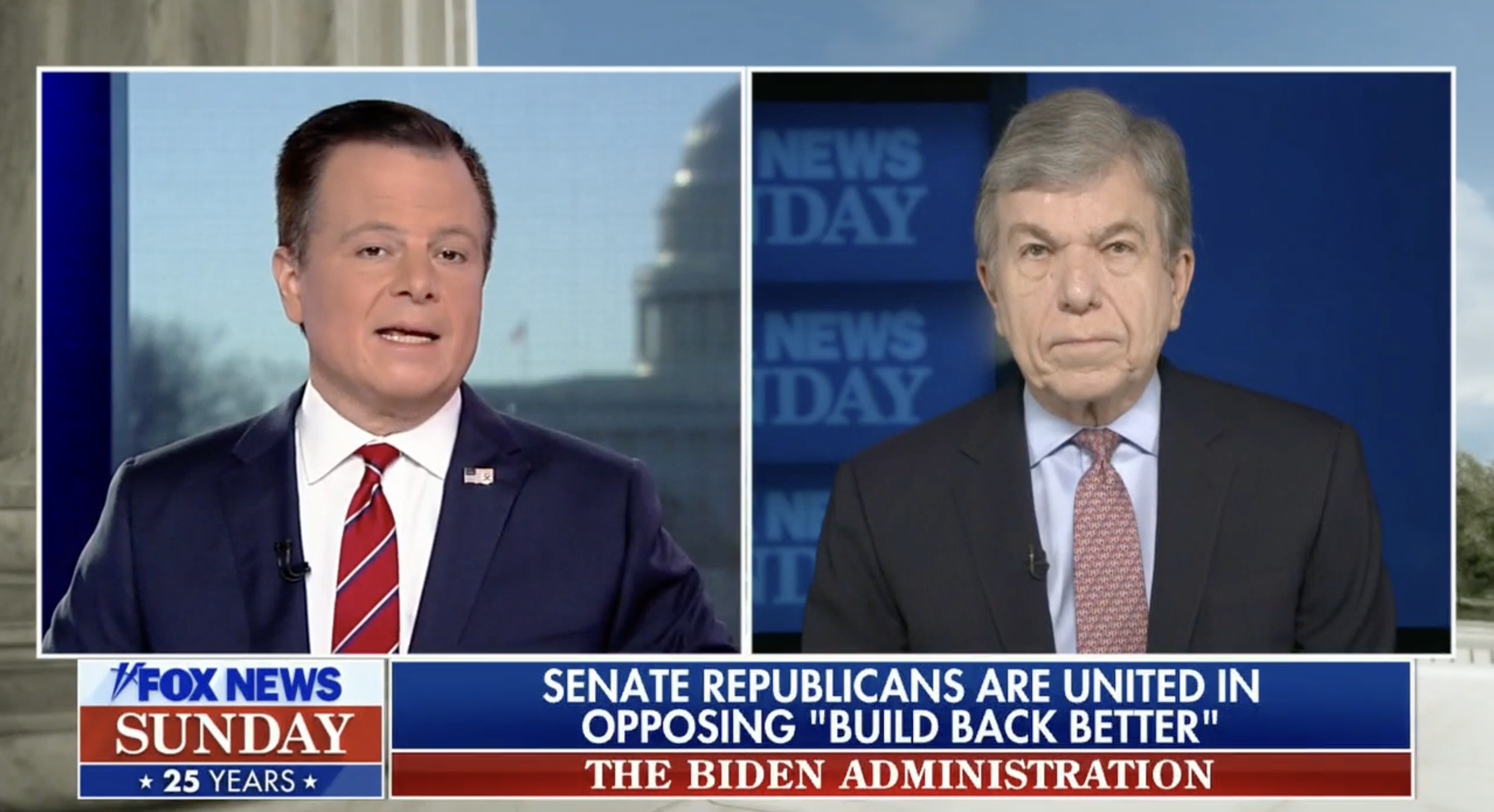 The child tax credits, first approved as part of Biden’s American Rescue Plan in March, provided families with monthly payments of hundreds of extra dollars for each dependent child. But the program expires this month as the Senate failed to pass the Build Back Better Act, which would have extended the child tax credits.

“Senator, one of the casualties of the collapse of that bill is the child tax credit that expires at the end of the year. According to the Urban Institute, continuing the benefit could have a significant impact on child poverty,” Emanuel, who serves as the network’s chief Washington correspondent, told Blunt during a Sunday interview.

Emanuel pointed out that the data shows the child tax credit reduces “child poverty to about 8.4 percent from 14.2 percent—a fall of roughly 40 percent.”

“Is that a compelling argument to extend it?” Emanuel asked the GOP senator.

Blunt responded by saying that Republicans had “doubled the child tax credit” with their 2017 tax bill during former President Donald Trump‘s tenure in the White House. “There’s a cap on that credit based on income,” he said, noting that the higher income cap on the Democrats’ updated child tax credit frustrates conservative and moderate members of Congress.

The Republican lawmaker said the Democrats plan “just simply doesn’t make sense. You know, putting a cap on families in need is what we can do, should do and would do in the country—and I think could do in a bipartisan way.”

“Again, we doubled the child tax credit just a handful of years ago. And we need to look at that if that’s no longer meeting the need of moving kids out of poverty. But families that make $150,000, for instance, aren’t in poverty in Missouri. I don’t think they are almost anywhere in the United States,” Blunt added.

Emanuel then noted that many have argued that the child tax credit would “bolster financial security and spur economic growth in Missouri by reducing taxes on the middle class and those striving to break into it.”

“How do you respond?” he asked.

Blunt pivoted to criticize tax changes in the Build Back Better Act that he and other lawmakers have cautioned would largely benefit wealthy Americans. He then warned that the child tax credit and other parts of the Democrats’ proposed legislation were devised as “gimmicks” in an effort to make the programs permanent moving forward.

“They assume once you start all of these programs you’ll never be willing to stop them,” he complained.

Biden and fellow Democrats aimed to pass the Build Back Better Act through the budget reconciliation process, which would allow the legislation to be approved without any Republican support given the current makeup of the Senate. However, that process requires the backing of every member of the Senate’s Democratic Caucus in order for it succeed.

Senator Joe Manchin, a moderate West Virginia Democrat, shut down that possibility with his stated opposition to the large package in a Fox News Sunday interview last weekend.

“If I can’t go home and explain it to the people of West Virginia, I can’t vote for it. And I cannot vote to continue with this piece of legislation,” Manchin said in that interview. “I just can’t. I’ve tried everything humanly possible. I can’t get there.”

Democrats have been highly critical of Manchin’s opposition to the bill. Biden and Democratic leaders have said they plan to continue negotiating in an effort to get the legislation approved in early 2022, but the future of the bill remains uncertain due largely to the West Virginia senator’s objections.