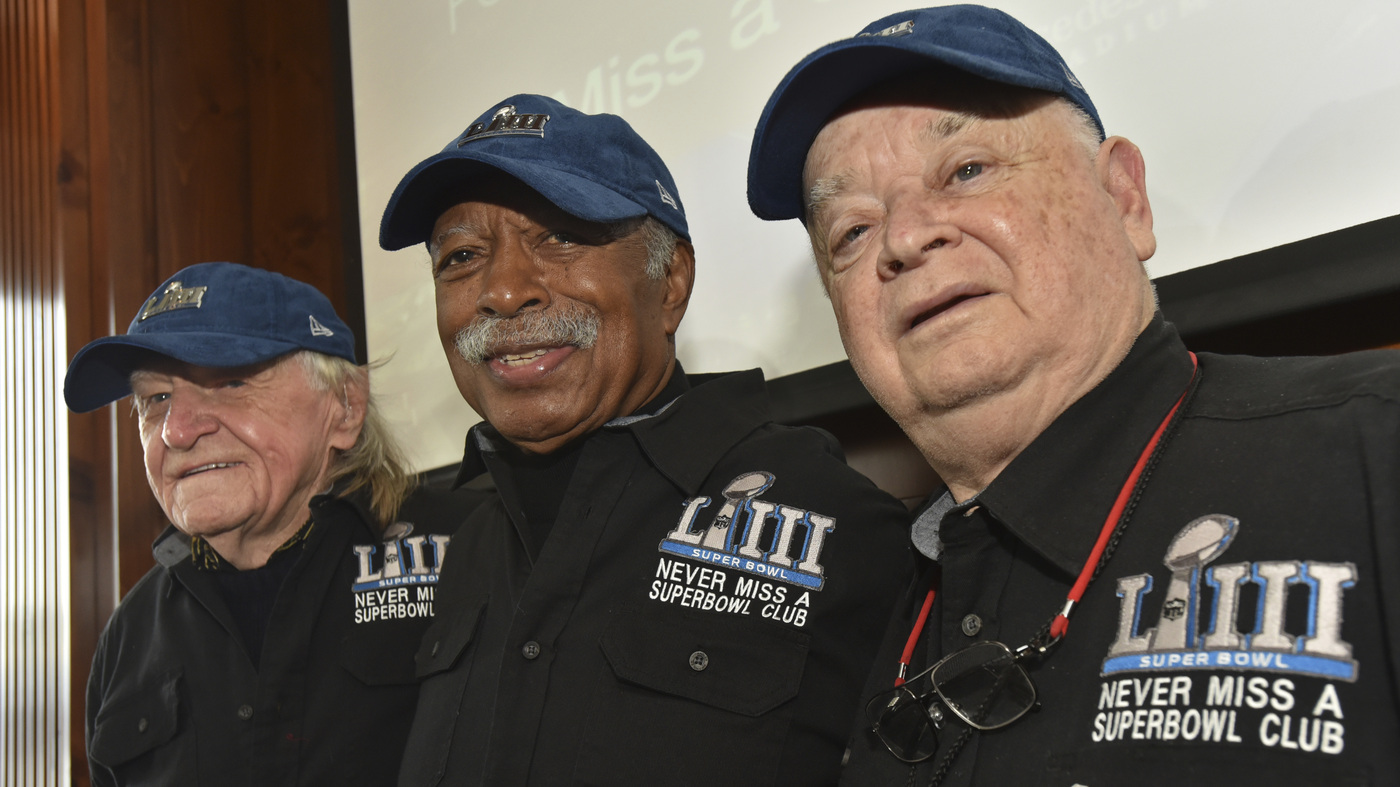 From left, Tom Henschel, Gregory Eaton, and Don Crisman have attended every Super Bowl since the first AFL-NFL World Championship 55 years ago. They’re meeting at the Super Bowl again this year but future meetings are in question.

From left, Tom Henschel, Gregory Eaton, and Don Crisman have attended every Super Bowl since the first AFL-NFL World Championship 55 years ago. They’re meeting at the Super Bowl again this year but future meetings are in question.

PORTLAND, Maine — Three friends who have attended every Super Bowl are hoping for a memorable contest this year, because it will probably be their final trip to the big game as a group.

The three men are all in their 80s and have attended every game since the first AFL-NFL World Championship Game was held 55 years ago about 7 miles (11 kilometers) from this year’s venue, SoFi Stadium in Inglewood, California. They are meeting at the game once again this year, but future meetings are in question.

Don Crisman, a Maine resident and the eldest of the group at 85, said this is his last game. Gregory Eaton, 82, of Michigan, wants to keep attending but said his health concerns could get in the way. Even Tom Henschel, a football fanatic who spends the cold months in Florida, said Super Bowl LX in 2026 figures to be his last.

The far-flung friends use the Super Bowl to meet up, spend time together and reminisce. But in recent years they’ve come to grips with the fact it must come to an end one day, said Henschel, 80.

Crisman and Henschel first met at the 1983 Super Bowl, and Eaton met them decades later in the mid-2010s. Their small club of fans who have been to every Super Bowl has dwindled over the years as other members have aged and passed on.

This year’s game has special significance for the fans because they’ll be able to sit together again, as is their common practice. They were several rows apart at last year’s Super Bowl in Tampa, Florida, because of the COVID-19 pandemic.

Attendance at last year’s game was also limited to 22,000. Eaton said the fans are looking forward to a more traditional big crowd at the Super Bowl this year.

He’ll be cheering for the home team Los Angeles Rams, because he feels seeing Rams quarterback Matt Stafford win a Super Bowl is the closest he’ll get to seeing his beloved Detroit Lions win the big one. Stafford played for the Lions for more than a decade before finding stardom and success in L.A.

Crisman, a Patriots fan, said he’s “moving slower, but I guess that’s better than the alternative” as he gets ready for his last Super Bowl. The friends plan to meet up Thursday in Los Angeles.

He said he has one caveat about this Super Bowl being his last.

“Barring a Mac Jones miracle next year,” he said, referencing the Patriots young quarterback. “One year at a time, but I’m feeling we’re very near the end.”