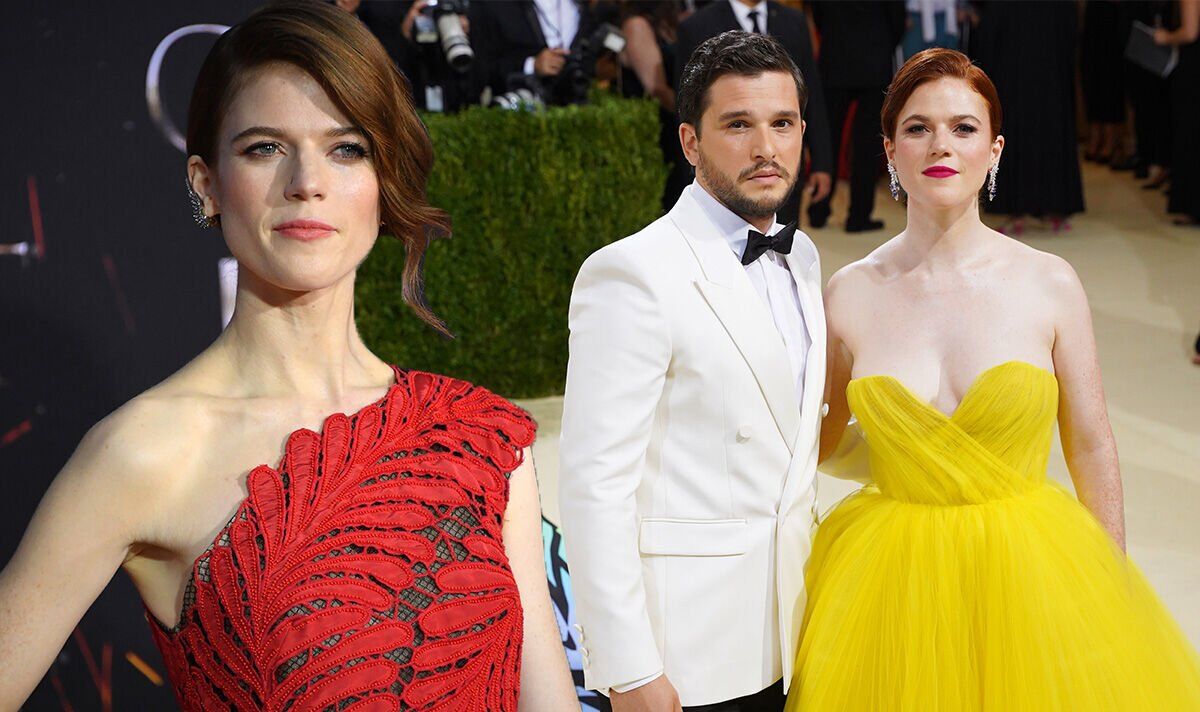 Rose Leslie, who played Ygritte in the HBO fantasy series Game of Thrones, has opened up about her relationship with her husband Kit Harington. Kit, who met Rose when he played a leading role as Jon Snow in the show, has struggled with addiction problems in the past.

In a new interview, Rose, 35, spoke about Kit’s previous struggles with addiction and insisted that she did not want to “nanny” him.

Kit, also 35, opened up about his alcohol addiction issues in August of last year after receiving treatment and getting sober.

Rose explained: “I’ve learnt a lot about addiction and it’s something Kit is forever going to be aware of, but it’s on him whether he chooses to drink again.

“No amount of nannying is going to be able to stop him from doing what he decides to do.”

The actress added that it’s not up to her to “guard” her husband from making the decision, adding: “The responsibility of his behaviour is on him.”

Rose and Kit met on the set of Game of Thrones over a decade ago while filming seasons for the second season of the hit HBO show.

The pair started dating in 2011 and, while Rose’s character Ygritte was tragically killed off in 2014, the pair continued their romance and got married in 2018.

Rose gave birth to a baby boy in early 2021 and shared an insight into her life as a parent during the interview.

Discussing filming scenes for HBO’s upcoming drama series The Times Traveller’s Wife, the actress admitted that her work gave her a good excuse to lie in rather than tend to her newborn in the middle of the night.

Speaking about sharing parental duties with Kit, she said: “He wore the Baby Björn loud and proud.

“And there were many satisfying moments; we had an understanding that, when our son cried in the middle of the night, it was on Kit to go and look after him, as I would have to wake up early to work – it was kind of glorious,” she told Harper’s Bazaar UK.

The Times Traveller’s Wife, based on the 2003 best-selling novel of the same name by Audrey Niffenegger, is set to premiere next month.

Countryfile’s Helen Skelton ‘sees no way back’ with husband  [INSIGHT]

In the story Rose will star as Clare Abshire, an ordinary woman in a relationship with Henry DeTamble (Theo James).

The HBO series is the second adaptation of the original Niffenegger novel, after the 2009 film adaptation directed by Robert Schwentke and starring Rachel McAdams and Eric Bana.

The show is being adapted by Sherlock co-creator Steven Moffat and directed by Game of Thrones’ David Nutter.

Rose has worked on some high-profile shows over the years, first rising to prominence in ITV drama series Downton Abbey as Gwen Dawson.

After her Game of Thrones fame, she has since gone on to star as Maia Rindell for three seasons of the CBS All Access legal and political drama The Good Fight.

Her husband Kit made his professional acting debut as the lead in the critically acclaimed West End play War Horse at the National Theatre in 2009, before he landed his break-through TV role as Jon Snow in Game of Thrones.

He has since appeared as Dane Whitman in the Marvel Cinematic Universe film Eternals and has also voiced Eret in the How to Train Your Dragon film series.

The June issue of Harper’s Bazaar UK is on sale from 4 May.