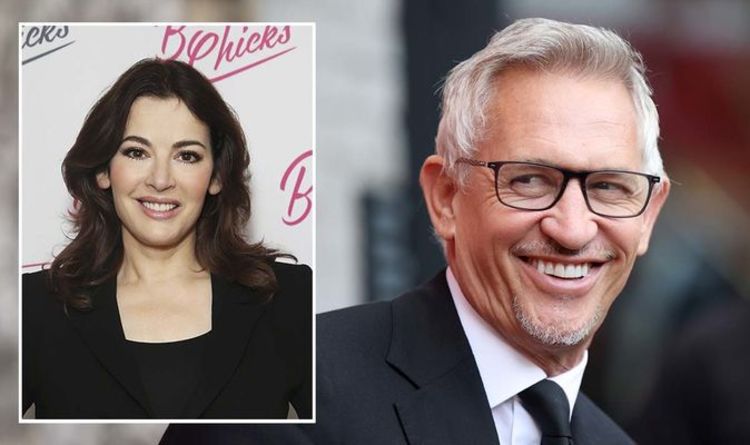 The Match of the Day host, 61, regularly posts pictures of his culinary efforts on his Twitter feed. Now he has revealed that he has been approached by TV bosses to share his skills ‑ but has not taken them up on their offers.

He said: “I’m a good cook. I’m getting better, but I’m not a chef ‑ and if I did a book or a cooking show I’d feel a fraud. I’ve been given cookery book offers as well.

He went on: “If I ever did a cooking TV show it would only be with chefs, where I could actually learn something…’Nigella teaches Gary to Cook’ ‑ now there’s an idea.”

Despite his ability to rustle up a decent dinner, the former Tottenham and Barcelona striker said he tries to watch what he actually eats.

“My weight has started to creep up since I turned 60,” the dad of four said. “I’m still in pretty good shape and I hate it when I don’t train more. I love that feeling when I’ve finished a session and get in the shower, and I’ve just actually done it.

“I have a personal trainer who comes three times a week.”

The outspoken pundit has wisdom to share about men’s fashion, too ‑ although he knows where he stands among today’s sports stars.

He added: “Footballers have generally always been into their clothes and can be quite metrosexual. Some of them are quite flamboyant and edgy.

“In terms of sartorial elegance, I think I might be ahead of Robbie Savage but maybe behind Micah Richards and Jermaine Jenas.

“But one thing that is absolutely certain in any era – goalkeepers have a terrible dress sense.”