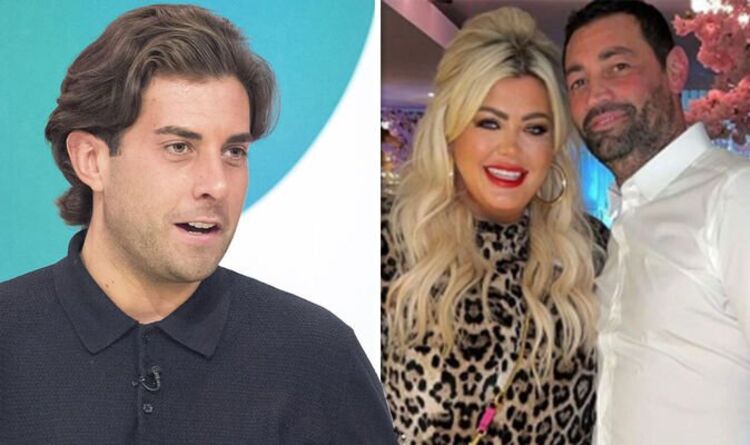 Gemma Collins’ ex James ‘Arg’ Argent begged the star to call off her engagement to Rami Hawash when it was first announced. He held up a cheeky sign at the PDC World Darts Championship at London’s Alexandra Palace.

James, who was in an on-off relationship with 41-year-old Gemma for the best part of ten years, was pictured giggling as he clutched a sign saying: “GC call off the engagement!!” back in December.

It came days after the TOWIE star announced her plans to tie the knot with car salesman Rami.

She had previously dated him in 2013, and they got engaged for the first time when he hid a ring in her Christmas pudding, but Gemma later admitted her heart was not in it.

She explained to Piers Morgan on Life Stories: “I knew it wasn’t right because when he asked me to marry him I zoned out and sort of stared into space.

She claimed his drug addiction “changed” him and that she had saved his life on three separate occasions and never received a “thank you”.

James recently celebrated one year sober along with an impressive 13-stone weight loss.

Teasing her engagement to Rami last year, Gemma told The Times: “We can’t really come out and say anything yet because Ram was married before and his paperwork has not come through, so until that’s officially signed, we’ve not said anything.

“They’ve not been together for two years. I know her, she’s got a partner, she’s as good as gold.