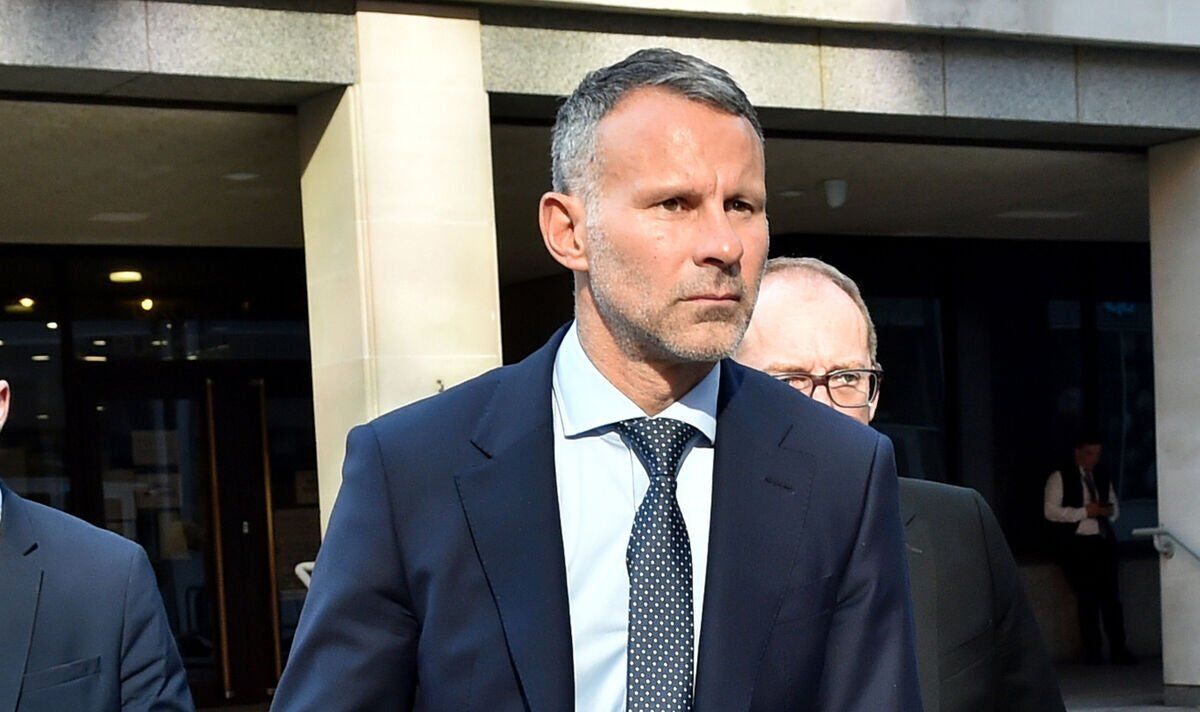 The ex-Man Utd winger denies subjecting Kate Greville to years of controlling and coercive behaviour, as well as headbutting her and elbowing her sister Emma in the jaw during an argument at his £1.7million mansion in Worsley, Greater Manchester.

It was claimed at Manchester’s Minshull Street Crown Court the former Wales manager cheated on Kate with eight women in six years.

Jurors heard yesterday Giggs, 48, allegedly assaulted both women in November 2020 after he argued with PR executive Kate at dinner in his Stock Exchange city hotel.

It was said she returned to the house alone by taxi after accusing him of messaging a string of women.

After Giggs arrived there they allegedly tussled over their phones before Emma – at the house to care for the pair’s dog – called the police at 10.05pm.

When asked what had happened, she replied: “Assault.  Headbutted her.” In a recording of the call, played to the jury, Emma urges the police to “come quickly” while her sister Kate can be heard crying.

The 999 operator asks: “Does she need an ambulance, that lady who is screaming in the background?”

Emma replies: “I think, yeah. He has just headbutted her in the face.”

The call operator later asks: “What injuries has your sister got?”

Emma replies: “He headbutted her lip I think, she has got blood everywhere.”

The operator says: “OK, why is she screaming? Why?”

Ms Greville says: “Because she is in so much pain.”

Asked who the alleged offender is, she replies: “Ryan Giggs, footballer Ryan Giggs.”

The operator responds: “OK, as in ‘the’ Ryan Giggs?” Emma says: “Yes.” She adds: “He is coming back now. Can you come quick please?” The operator replies: “We are on blue lights and sirens, OK?”

Emma adds: “Because he has said he is going to headbutt me. He is coming back.”

Giggs can be heard in the background saying: “Kate, all I wanted was my phone, now we will be ? thanks Emma.”

On the recording Emma replies to Giggs: “No, you said you called the police already. You told me.”

Giggs is later heard to say: “All losers.”

The 999 operator also asks: “Do you still think Kate needs an ambulance?”

Emma says: “I don’t know. He headbutted her right in the face.”

“She is inside. He is outside at the gate waiting for the police.”

“He is screaming and shouting. I need them [the police] to come quickly.”

The 999 call handler goes on to ask her: “Are either of the parties intoxicated at all?” to which Emma Greville replies: “Yes, both.”

Giggs was arrested on suspicion of assaulting Ms Greville as he was led uncuffed from the luxury property and into the back of a police van.

The court heard that he was arrested again following allegations made by Emma.