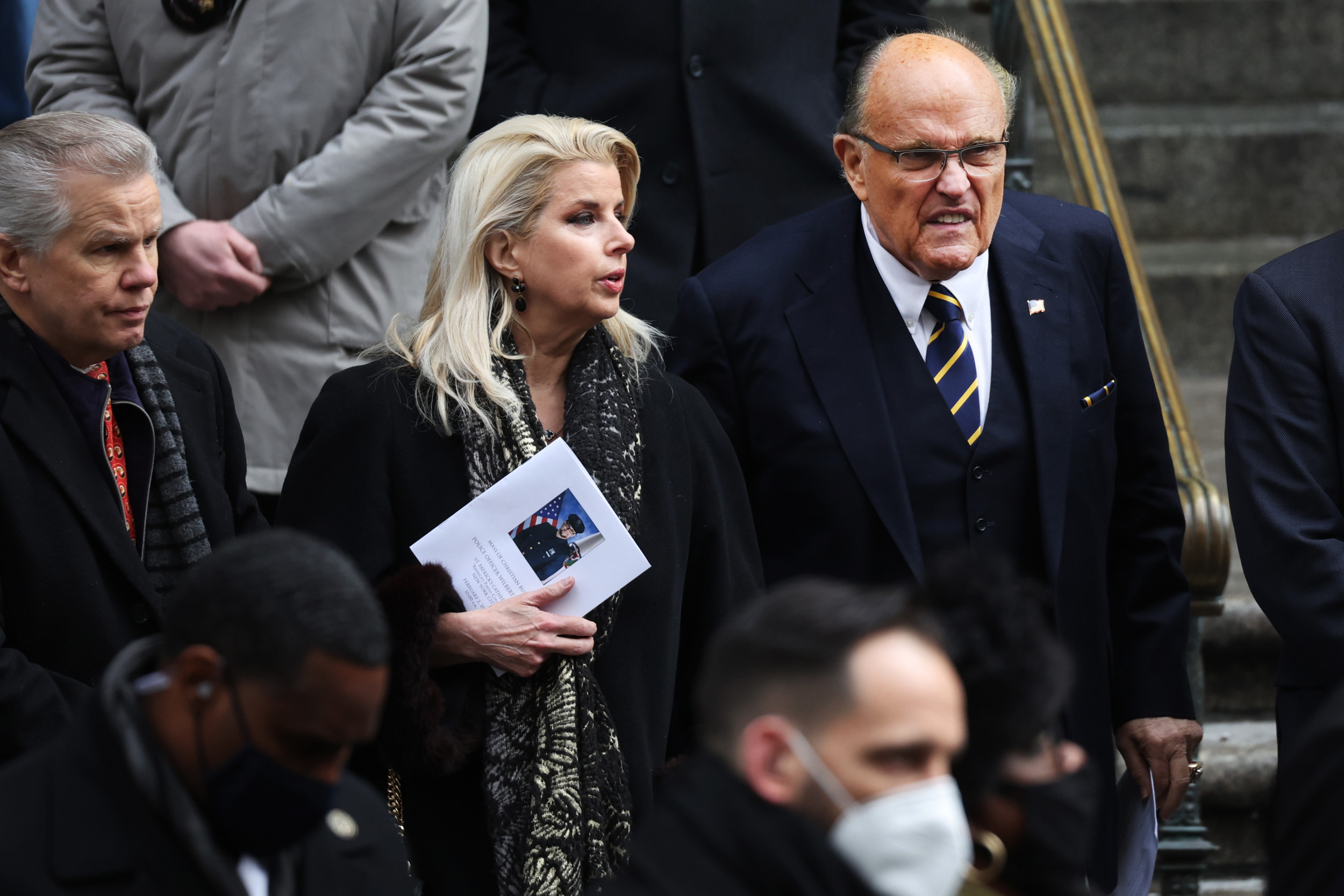 Rudy Giuliani, the former mayor of New York City and a former attorney for ex-President Donald Trump, continued to promote discredited conspiracy theories about the January 6, 2021 attack against the U.S. Capitol in a recent interview—claiming Antifa and the government were behind the violence.

Giuliani represented Trump in a slew of failed election challenge lawsuits in the wake of the 2020 presidential election. The former Republican mayor was, and continues to be, a key promoter of the so-called “Big Lie” that President Joe Biden only beat Trump due to widespread voter fraud and rigged voting machines. No evidence has emerged corroborating those claims, and Giuliani’s license to practice law has been suspended in New York and Washington, DC.

In a Friday interview with the Joe Pags Show, he also pushed conspiracy theories that Antifa activists and the federal government were the real perpetrators behind the pro-Trump assault targeting the Capitol last year.

“Most of the damage looks like it was done by people that were working for the government,” Giuliani said. Prior to that remark, he claimed that he saw John Sullivan, who was indicted by the Justice Department for his participation in the January 6 riot, on the evening of the Capitol attack. Sullivan filmed the shooting of pro-Trump demonstrator Ashli Babbitt in the legislative building that day.

“The night of January 6 I’m walking to my hotel and the person—the two people with me—who are basically my Antifa experts, said, they point over there, they said, ‘There’s John Sullivan,'” Giuliani claimed. “I said, ‘He got arrested.'”

The Trump ally claimed this was evidence that Sullivan was a “rat” and working for the government. He said that the police arrested Sullivan and then the FBI realized, “‘He’s working for us,'” saying they then quickly released him.

According to the Justice Department, Sullivan was charged and arrested on January 14. A press release at the time explained that he was “charged by complaint with one count of knowingly entering or remaining in any restricted building or grounds without lawful authority, one count of violent entry and disorderly conduct on Capitol grounds, and one count of interfering with law enforcement engaged in the lawful performance of their official duties incident to and during the commission of civil disorder.”

While Sullivan has previously been supportive of Black Lives Matter and left-wing causes, he has consistently denied being a member of Antifa. Black Lives Matter activists in Utah—where he resided—disavowed him in the past as well, accusing him of being an “agent provocateur.” Sullivan said he does not support Trump, but entered the Capitol with rioters to document history.

Trump supporters and allies have suggested that Sullivan was a member of Antifa and working for the government since the early days after the pro-Trump riot took place. The conspiracy theory circulated widely on social media, despite a lack of corroborating evidence. A number of GOP lawmakers and other Trump supporters still claim that left-wing activists and/or the government coordinated the riot as a “false flag” operation.

House Minority Leader Kevin McCarthy, a California Republican, reportedly told GOP representatives to stop spreading misinformation that the attack was perpetrated by left-wing activists. He explained to them that he’d reviewed classified briefings that determined the attackers were right-wing extremists, Trump supporters and QAnon adherents.

More than 770 people have been charged in connection to the January 6 riot. Many have stated in court that they believed they were carrying out the wishes of then President Trump when they attacked the Capitol in an apparent effort to disrupt the formal certification of President Joe Biden’s Electoral College victory.

Just ahead of the violence, Trump spoke at a nearby rally by the White House and urged his supporters to walk to the federal legislative building and “fight like hell” to save their country. Hundreds proceeded to do just that, although Trump and his allies have argued the demonstration was intended to be peaceful.