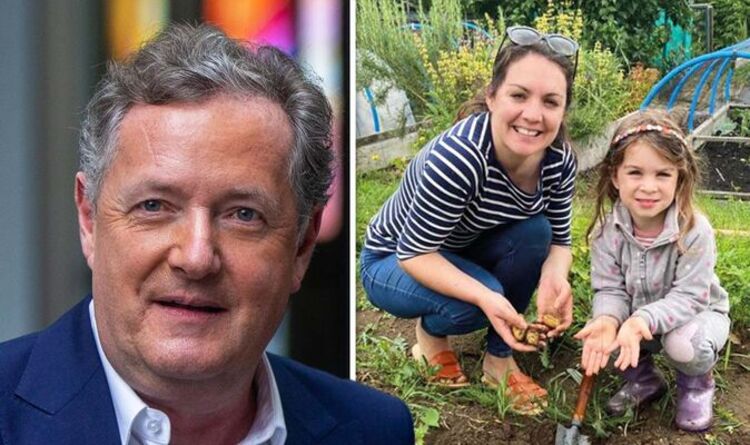 Good Morning Britain’s meteorologist Laura Tobin, 40, revealed how Piers Morgan was there for her when her young daughter, Charlotte, now five, was hospitalised for three months when she was born prematurely at 27 weeks, weighing just 2lb 8oz.

Charlotte was born in July 2017 and had to be kept on oxygen for the entire time she was in hospital before she was well enough to be discharged.

During what was a traumatic time for the mother-of-one, Laura has opened up about how Piers showed her he cared.

Discussing her former colleague in an exclusive interview with Express.co.uk, Laura said: “Piers is literally one of the nicest people ever, he’s so kind, he’s a really good friend.

“When my daughter was sick in hospital, he used to message all the time to see how she was doing.

“He would ask if there was anything he could do if he was in London or if I needed anything.

“As a human being, he is actually really nice.”

Laura has presented the weather on GMB since its inception in 2014 and Piers joined as a full-time host the following year.

Reminiscing on the six years they worked together, Laura said Piers would always give her “the time of day”.

The book offers simple changes that everyone can make to do their bit for the environment.

On whether she has been in touch with Piers about her new venture, Laura confessed: “I had invited him to the book launch, and he texted back that evening saying that he couldn’t come because he is in LA.

“But he said that he would love to see a copy and that he’s happy to do anything to help.

“He is really chuffed for me, he has always been a big champion of mine.”

Following her book’s release, Laura hopes “everybody will stop and think about what we do, how we live our lives and how over-consuming we are because of habit”.

“Just go through the book in whatever order you want and see what changes you can make – Whether that’s changing our diets, walking more, insulating our homes or lowering our thermostats.

Reader offer: Get £3 off Laura Tobin: Everyday Ways to Save the Planet (RRP £14.99) with offer code RB5. Order online at mirrorbooks.co.uk