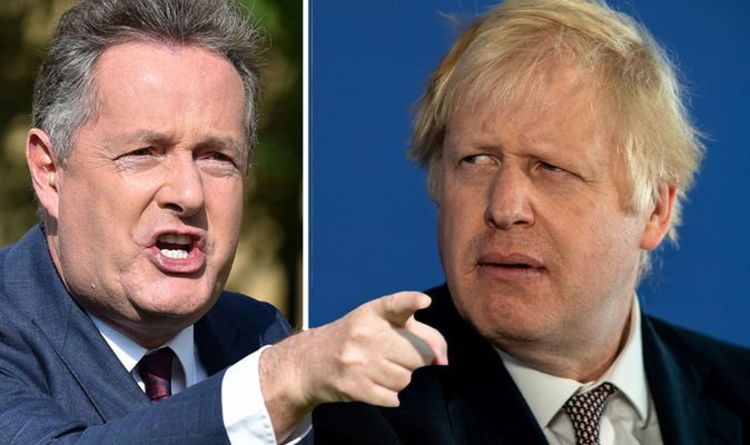 On Sunday evening, Piers Morgan, 56, penned a furious letter to Boris Johnson, highlighting his “ineptitude” as Prime Minister, raging at him for his dealings with the coronavirus pandemic, and pointing out various other Government failings over his two-years in the hot seat. The former Good Morning Britain star also demanded he be the first to appear on his new TV show, which is due to premiere very soon.

In his latest column for The Sun, Piers titled the piece: “Dear Boris, stop being a shambles and fix things or admit being PM is too much for you and quit, yours Piers Morgan.”

The uncensored letter referenced the 201-day Government boycott of GMB, where the former editor of The Spectator magazine (1999-2005) refused to answer Piers’ repeated calls to appear on the show.

Boris has been accused of “ducking interviews” after not featuring on the programme for almost four years.

He penned: “It was pathetic to watch a fellow ­journalist run and hide in a fridge to avoid answering my questions on Good Morning Britain, and boycott shows like GMB for months on end for fear of a tough interrogation.

“Grow a pair, man! (And you can start by being one of my first guests on my new global TV show…)”

He added: “You wrote an excellent book about your hero Sir Winston Churchill which lauded his courage under fire. Do you think Winston would have ever fled into a large refrigerator to duck a journalist?

Piers is set to join TalkTV, an upcoming television channel promising “exceptional talent”, and offering “a mix of programming from News UK’s stable of household brands”.

But while Piers’ letter lambasted the PM for all his wrongdoings over the past two “disastrous” years, he also acknowledged that he’d always admired his character.

“I’ve known you for more than 30 years and for all your myriad faults, I’ve always liked you personally,” he explained.

“You’re a character, and God knows, we need more of those in a public life so currently neutered by the dreary, joy-sucking woke brigade.

“But running the country, in fact any country, requires you to not just BE a character but to HAVE character.

“And this is where you’re failing so miserably.”

He went on to point out this is also having a catastrophic effect on the Tory party, saying: “Your crashing personal popularity is cratering support for your party too.

“Conservatives are heading for meltdown in the May local elections, which will only fuel No 10 wagon-circling by ambitious Cabinet ministers like Rishi Sunak and Liz Truss.

“And sorry Boris, but you’ve only got yourself to blame. Trust in you has been burned, not earned,” he snapped.