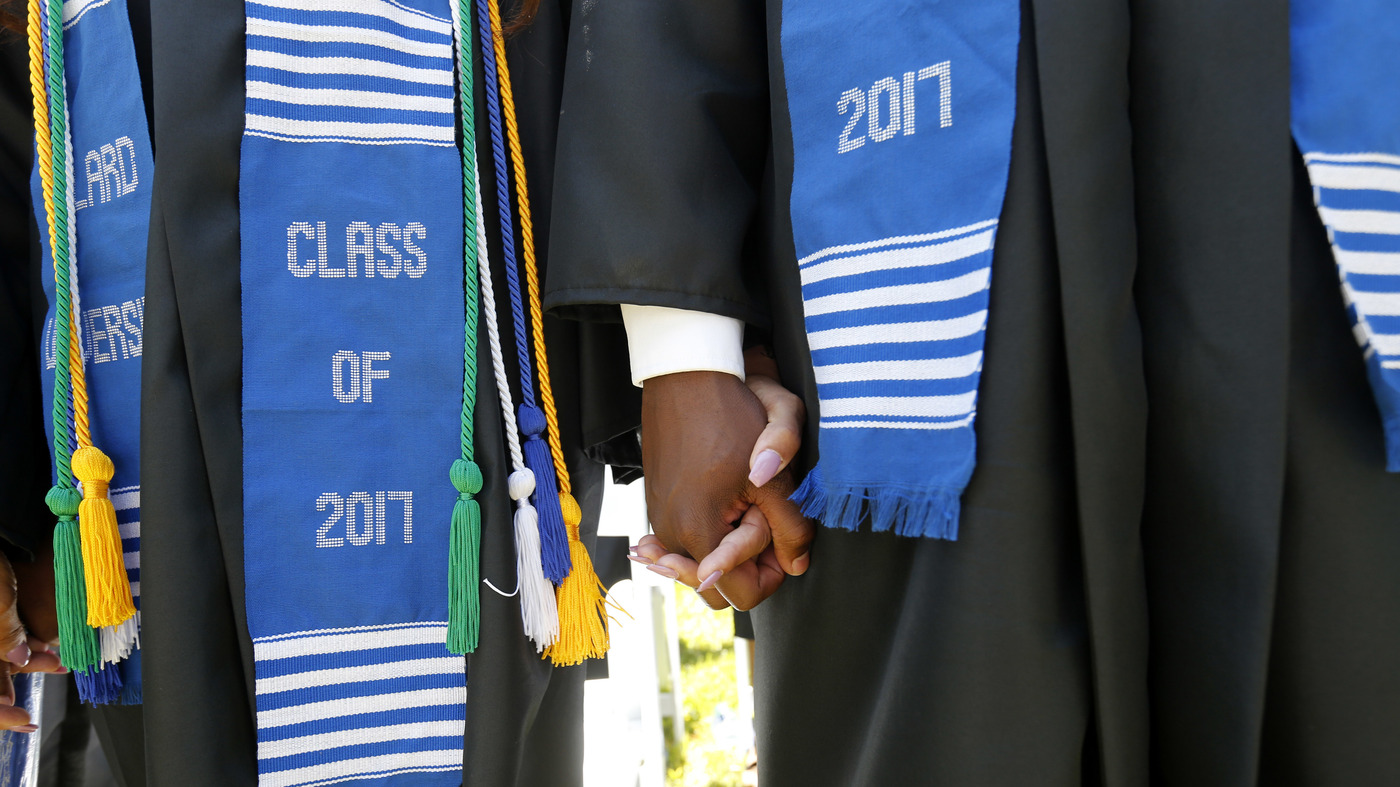 Morehouse College is one of several historically Black colleges and universities seeing a surge in applications and enrollments in recent years.

Morehouse College is one of several historically Black colleges and universities seeing a surge in applications and enrollments in recent years.

A number of historically Black colleges and universities are seeing an increase in Black students applying and enrolling after years of decline.

The National Center for Education Statistics reports these enrollments fell from 18% in 1976 to 8% in 2014. But in 2020, that number rose to 9%. HBCUs such as Morehouse College in Atlanta, Georgia, have seen an increase in applications. At that school, the number went up over 60% in 2020 from the previous year, according to Data USA.

There are a number of factors behind the change — including boosts from famous graduates such as Vice President Harris — but some Black students and their families see a safer learning environment with these institutions.

Sherrille McKethan-Green, whose son Gideon Green is attending Morehouse, counts herself among them.

“I felt that after he graduated from college, he would have time to be a minority, but at Morehouse, he would be a majority,” she told NPR.

The first HBCU was established in the 1830s, before the Civil War, giving Black Americans the opportunity to pursue higher education.

Walter Kimbrough, the interim executive director of the Black Men’s Research Institute at Morehouse College, told NPR these schools were critical to the development of a Black professional group.

“Your teachers, your doctors, your lawyers, your ministers — they came out of that HBCU tradition,” he said.

However, these schools are not immune to forces such as financial challenges and questions about whether affirmative action policies should still exist.

The pandemic has also affected Black student enrollment in overall higher education, according to an analysis by the Latino Policy and Politics Institute at the University of California, Los Angeles, on the impact of COVID on enrollment among students of color.

But then a movement for racial justice caught the nation’s attention.

“We saw the height of the Black Lives Matter movement, and then we saw students say, ‘Hey, I want to go to a Black school. I want to be safe. I want to enjoy my time,'” she said.

Webber added that the shared experiences as Black people at HBCUs helps students to understand and navigate the world when they graduate.

For McKethan-Green, her son attending Morehouse is the culmination of a years-long dream.

“I got [him] a sweatshirt made that says ‘Future Morehouse College Graduate’ at the age of 3,” she said.

He chose to apply only to HBCUs, and when he was accepted to Morehouse, she was overjoyed.