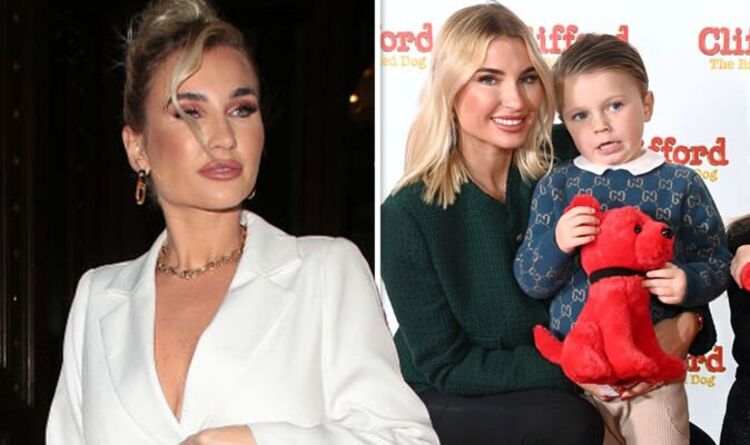 Billie Faiers has admitted she “kicked off” after her young son was slapped by another passenger during a flight home from Dubai. The former TOWIE star, 32, explained her son, who was aged four at the time, had kicked the seat in front of him before being physically scolded by a woman back in November.

Billie detailed the incident in her latest podcast with her sister Sam Faiers, as the TV personality addressed her horror.

She explained that Arthur had been having a tough time on the plane as the family made their way back from their holiday destination.

The former Dancing On Ice contestant explained that he had been crying during the flight so in a bid to soothe him she put him on her lap.

Unfortunately, as she tried to calm him down Arthur ended up kicking the back of the seat in front of him.

This didn’t go down well with the stranger who is said to have lashed out at her young son.

Speaking on The Sam and Billie Show podcast, the latter watched as the woman slapped her son.

The reality TV star explained: “We were on the way back from Dubai, and there was a family that were sat in front of us and Arthur was kicking off a bit – as kids do sometimes.

“Don’t get me wrong, this is really annoying, but he had kicked the back of the woman’s chair. He was on my lap and I was trying to calm him down. I said to her ‘I’m so sorry’, and that was it.

“Obviously, everyone was looking because I was going absolutely mental,” she recalled.

Billie went on to reveal how her husband Greg Shepherd, 37 – who she also shares daughter Nelly, seven, with – was woken up by the altercation since he had drifted off while sitting a couple of rows in front.

“I was so angry. And then Greg was half-asleep at one of the rows in the front and he was wondering what the hell was going on.”

The reality star explained that she didn’t receive an apology from the stranger.