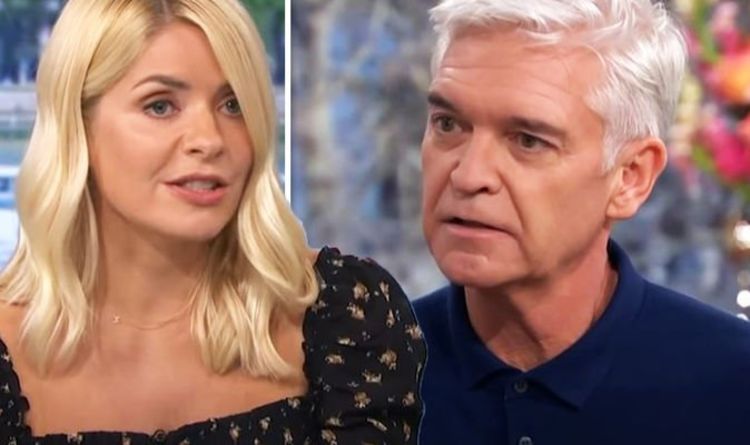 This Morning presenter Holly Willoughby has addressed new reports of a “rift” between her and her co-host and friend, Phillip Schofield. In a new interview, the mother-of-three, 40, spoke about working five days a week for hours at a time with Phillip, who she has presented the show with for over a decade.

Candidly speaking about whether their close-knit relationship had been fractured, Holly put rumours of a “rift” to rest.

Addressing filming the popular daytime ITV show with Phil, she said: “It is two and a half hours of live telly.

“If you were to do that amount of live telly with someone who drove you nuts, wound you up, annoyed you in any way…

“Well, I think you can only do that with a friend, day in, day out,” she told Grazia magazine.

The programme sees celebrities embark on a journey of self-improvement and face a “unique test of mental strength like no other”.

Despite the blonde-haired beauty leaving Phillip for a couple of weeks to film the highly-anticipated show, she will still fly back to the UK at weekends to film ITV’s Dancing On Ice with him.

Sources close to the star have claimed Holly’s stint on I’m A Celebrity alongside Declan Donnelly in Ant McPartlin’s absence in 2018 has given her the courage she needed to embark on solo projects.

“Holly loved I’m a Celeb so much it gave her the confidence to strike out on her own and do more mainstream solo TV projects,” a source informed the Sun.