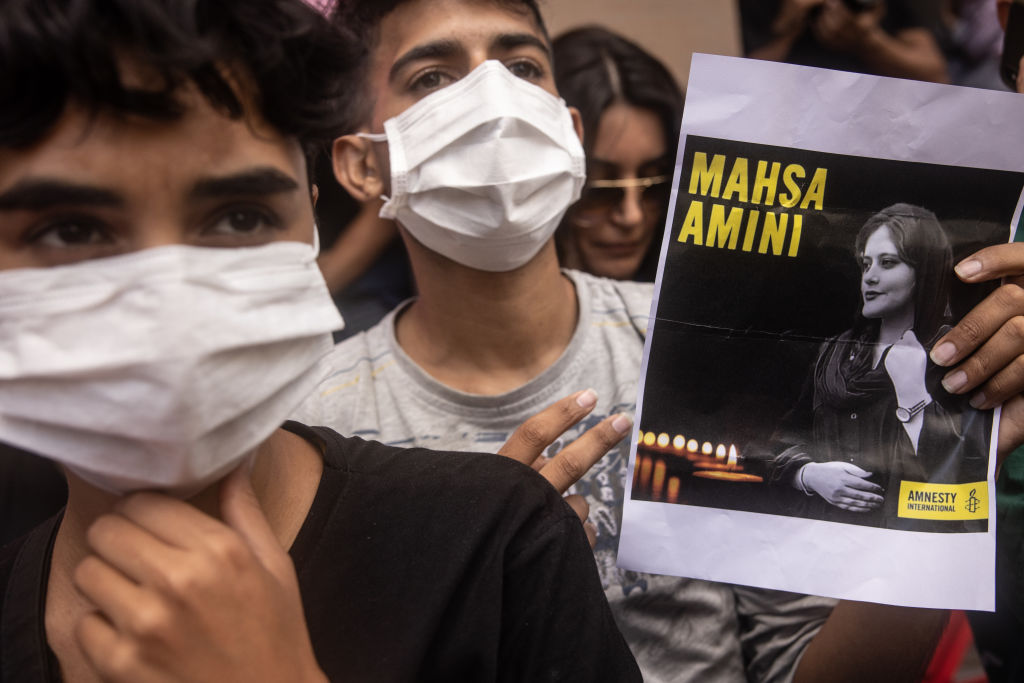 Iran has been rocked by mass protests across several cities since Mahsa Amini died in police custody on September 16, three days after she was arrested and accused of wearing “unsuitable attire.”

Police accused Amini, a Kurdish woman, of breaking a law requiring women to cover their hair with a hijab, or headscarf, and their arms and legs with loose clothing. Since she died, protests have erupted all around Iran and elsewhere in the region, including Istanbul, the Turkish capital, where there is a large population of Kurds.

The protests are the largest in Iran since 2019, when security forces violently cracked down on demonstrators that were marching against high gas prices and the regime of Ayatollah Ali Khamenei. During those protests, 1,500 people were killed, according to Reuters.

Here is a timeline of how the recent protests unfolded earlier this month.

Amini, a 22-year-old from the northwestern city of Saqez, was arrested in Tehran by Iran’s infamous “morality police,” who accused her of breaking the country’s strict law requiring women to fully cover their hair with a headscarf. The morality police are part of Iran’s Law Enforcement Forces (LEF), which have been accused of human rights abuses.

Amini was reportedly beaten after her arrest and transferred to the Vozara Detention Center in Tehran.

Amini died in hospital after spending three days in a coma.

Iranian authorities said she had a heart attack, but her family rejects this. United Nations experts cite some reports that say she died as a result of torture and ill-treatment by the authorities.

Thousands of demonstrators take to the streets of many cities, including Tehran, Ilam, Isfahan, Mahabad, Saqez, Sari and Tabriz, to demand accountability for Amini’s death and an end to violence and discrimination against women and girls in Iran.

U.N. experts described the protests as “peaceful” but said Iranian security personnel used “excessive use of force” to detain activists, including firing bird shot and other metal pellets.

Meanwhile, Iranian women burnt hijabs and cut hair to protest the lack of women’s rights in their country.

There has also been anger over the ailing economy in Iran, which has been hit by crippling sanctions imposed by the West, as well as fury at the lack of freedoms in the nation, especially for women.

Iran Human Rights (IHR), a nongovernmental organization based in Oslo, Norway, said Thursday that the protests had spread to more than 30 Iranian cities.

September 19: Internet Shut Down Amid Protests

Iran began curbing online access and shutting down the internet starting Monday, so information about the protests has been limited. However, videos of the violence have spread on social media networks.

On Wednesday, Iran blocked access to Instagram and WhatsApp, two of the remaining active social media networks in the country, amid the protests, according to internet watchdog NetBlocks.

Protests continued that day, with one video shared on social media by 1500tasvir showing hundreds of people at Tehran University shouting “Death to the dictator.” Newsweek could not verify the video’s authenticity.

“These individuals have been all involved in the suppression and killing of non-violent protestors,” U.S. Secretary of State Antony Blinken said in a statement announcing the sanctions.

U.N. experts said in a statement: “We strongly condemn the use of physical violence against women and the denial of fundamental human dignity when enforcing compulsory hijab policies ordained by State authorities.

“We call on the Iranian authorities to hold an independent, impartial, and prompt investigation into Ms Amini’s death, make the findings of the investigation public and hold all perpetrators accountable,” the U.N. statement said.

The IHR said on Thursday that at least 31 civilians have been killed in a crackdown by Iranian security forces in response to the protests.

Newsweek has reached out to Iranian police authorities for comment.