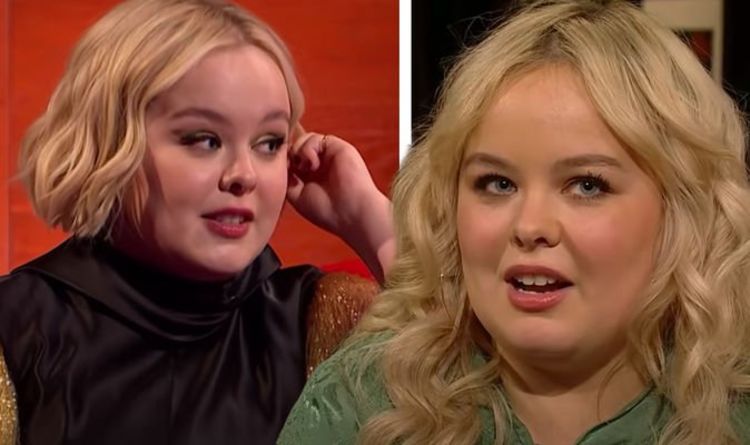 Nicola Coughlan, 35, rose to fame as fun-loving Clare Devlin in the Channel 4 sitcom Derry Girls, but she really made an impression as Penelope Featherington in the Netflix hit period drama Bridgerton. However speaking in a new interview, the actress admitted she had to make a lot of sacrifices to get to where she is now in the film industry, and was “so broke” in her 20s.

Chatting to Elle Magazine, Nicola opened up on everything from the much-needed change in the industry for women, to Bridgeton’s huge success and her own new-found fame.

“Whenever people say they want to get into this industry, I’m like, you’ve got to want it so badly,” she said.

“Because if you don’t, you’d be mad to do it, absolutely mad.

“I barely saw my family last year because of filming.”

Now, she’s recognised everywhere and described the experience like “being a dog on the Tube”.

“When you get on, everyone looks at you. Some people are so smiley, while some are afraid of you and don’t want to go near.

“Some people touch you without asking. I can still do the things I want to do, obviously, but it is different.”

She revealed she went to a pub with a friend and it felt like she was “in a zoo” as people couldn’t help but stare at her.

“I remember one time I was taking my Invisalign out, and this person was staring me right in the eyes, which was quite weird,” she laughed.

“But, honestly, most people are so, so lovely.”

The March issue of ELLE UK is on sale from 02 February.