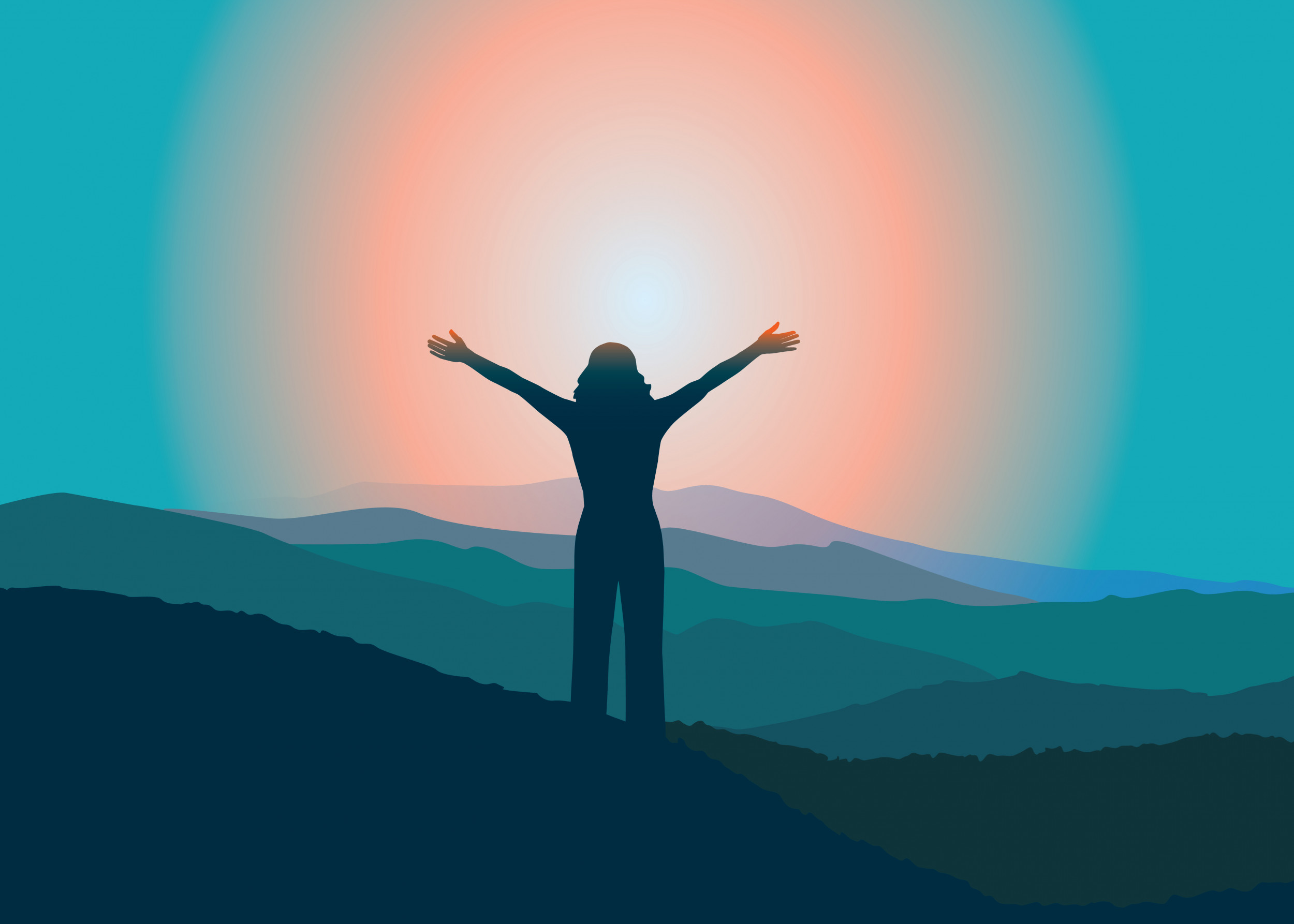 I’m an only child and I’ve always been very happy with that. I know lots of people hate it but it gave me a sense of self-sufficiency very early on. My parents took me to all sorts of clubs and on playdates with friends, but I’ve also always been really happy in my own company. Loneliness is not something that happens to me when I’m on my own.

My parents had a really happy marriage, they were married for nearly 45 years until my father passed away five years ago, so I had a good model for relationships. But I never daydreamed about my wedding like some of my friends did. I was much more interested in building my dream stables, than looking for my ideal wedding dress.

I’ve only had two boyfriends, and while my friends don’t bat an eyelid, acquaintances will say: “You’ve only ever kissed two men, why’s that?” I’ve just never felt the need to kiss more! My first boyfriend and I were together for seven or eight years from the age of 14, and we still stay in touch. I then met my second boyfriend through my car club when I was 26. It was supposed to be a fling but we ended up being together for a couple of years. He was nine years older and wanted kids, and I didn’t. We broke up around Valentine’s Day, which is why February 14 is my “Singleversary”.

That singlehood was the best lifestyle for me was more of a realization. I was as surprised as anyone else. There was a point after my second relationship ended when people started saying I should “get back on the horse.” I just wasn’t sure that I wanted to. My boyfriends were both really lovely guys and we stay in touch, I’m just happier on my own.

“Single at heart” is a term I borrowed from Bella DePaulo. She defines it as living your best life when single. As much as I don’t love labels, hearing it felt like a “coming home” moment.

A lot of people I’ve met through her work do identify as asexual or aromantic. I’m definitely not asexual. I love romance and I love sex, but it’s got to be with someone I’m already emotionally connected to. I don’t really see sex and romance in my future. It’s not a major drive for me. It’s also something that tends to develop, based on my two relationships, and I don’t have any desire to date or for casual sex. Some people enjoy casual sex and that’s brilliant for them, but I’m quite happy without it. I’m not closed off to meeting someone, but I’m not looking and I really do think I’m going to be happier by myself.

People often say to me, “Oh, but you’ll never wake up with anyone again!” That’s how I like it. I also know that if I do meet someone in the future, I won’t live with them. There’s no way I’m sharing my space again.

Being single gives me the freedom to do what I want, when I want. Obviously I have commitments: my mom and gran, lots of friends and family and my cats, but I have freedom to organize my life in the way that I want to.

If a friend is having a rough time, I can drop everything and be there for them. Not that you can’t do that when you’re in a relationship, but I’m not trying to juggle a partner’s needs. I also run four businesses and I’m an extreme night owl; I regularly go to bed at 4am or 5am and that’s just not compatible with having a husband, children or a normal work life! There are downsides to being single, there’s only one income and no back up, for example. But for me, the freedom outweighs that.

One glorious side effect of deciding to be single happened when I bought a house at 28 after the end of my last relationship. It was a disaster and I was working full time, so my parents were able to come and help out with the house while I was at work. They were there every day for 18 months. We knew my dad was unwell but we didn’t know he was dying. I was able to spend that precious time with him, without having to juggle a husband or kids. I know that people work around that, of course they do, but for me that time just wouldn’t have been the same if I’d been with someone or had a three-year-old running around. My energy would have rightly been split.

I can say with certainty that I’ve never felt a maternal stirring in my life, and my mom says that I have never talked about wanting children. I have a ridiculous number of first cousins, and I have always enjoyed being around children, but I think that’s more because I’m childlike than because I want to look after them. I have become quite competent with kids because I would play with my cousins all afternoon while the adults had a break. But I think I was aware from a very young age that I didn’t want that responsibility myself.

I’m not pretending that I know what it’s like to be a parent, but when you spend several weeks with a newborn or a houseful of children, it maybe gives you an insight. I don’t think that put me off children though, it just affirmed my choice. I love helping out, but when I get home I’m grateful for the peace and quiet.

When I realized that being a parent is not something I wanted, I worried about my parents’ reaction the most. As an only child I was concerned they would be sad, but they’ve been amazing; they just want me to be happy. I always say I won the parent lottery.

My friends haven’t really batted an eyelid; the ones who have known me a long time have always known and it’s come up in conversation with friends I’ve met in adulthood. I have some child-free friends and some who have children, and they’re all very supportive.

In the wider world it’s been more interesting. There is inevitably somebody in any workplace who will say: “Oh, you’ll change your mind.” That comes up with singlehood as well. People will say that I’ll change my mind or that I haven’t met the right man yet. I do find it somewhat frustrating. It’s meant well, but I would never say to someone in a marriage: “Oh, you’ll get divorced one day, so don’t worry, you don’t have to be with them forever.” And I would never say to someone with kids: “Don’t worry, you can palm them off to someone else, it’s fine.”

I have also been on a contraceptive injection since I was 16 because I had horrific periods. It dramatically improved my quality of life so I stayed on it, but every now and again, I’ll get a new nurse or doctor and someone will say that I should think about coming off it so I can have children and I will have to explain that I don’t want children. In the past, in my late teens and early twenties, there were definitely a lot of comments about coming off contraception for a year if I wanted to have a baby, when I had already explained before that I didn’t want a baby. I was making a choice to be child-free and medical professionals were second guessing that choice. If you say you have thought about it and this is what you have decided, that should be respected.

I’m really lucky at the moment because I have a great doctor and brilliant nurses who understand. But more recently, I’ve been talking to other medical professionals and considering sterilization, because I don’t want to get pregnant. They won’t agree to sterilize me and have told me that one reason is that, “I might meet someone and he might want children.” That’s a conversation I’ve had with a nurse. I don’t want children, so if any partner wants children we’re clearly not compatible. I’ve never pushed for sterilization because I don’t really want the operation and to spend six weeks off work. But it’s my body, and it feels like it’s not my choice.

Until retirement age I definitely plan to live by myself. But I will retire with my friend, Claire. We were born two days apart and when we were kids we’d say we were going to open an animal sanctuary. It’s not about having a romantic partner, it’s about wanting someone to spend time with as you get older, as well as the concern of becoming frail. My friend has actually done some dating, but we’ve both settled into the same mindset that being single is how we’re happiest. You never know how life is going to pan out, but married people commit to their partner for the rest of their lives, so why can’t I commit to a best friend? It seems to be that society values a romantic relationship above all else.

When we’re ready, Claire and I will live in retirement together, but both of us are quite keen on our independence, so we may just end up living near each other. We just want companionship in old age.

I know I will never know what it’s like to be a parent and that’s fine, I don’t want to know. But I realized three or four years ago that my businesses are where I have chosen to expend my energy and what I go without sleep for. People say: “Oh, you won’t leave a legacy behind.” For me, the art and work I’m creating and the photography service I’m providing are hopefully going to be my legacy. I’m really happy with that. And if it doesn’t work out that way, that’s OK, I’ve had a really nice life. I’m all about living in the present. Living my life now is more important to me than what happens to me when I’m dead. So if my life can stay how it is, I’ll be delighted.

Carla Watkins is a photographer, multipod mentor & small business magic maker. You can find out more about her work at carlawatkins.com and follow her on Instagram @catalystcarla

All views expressed in this article are the author’s own.

As told to Jenny Haward.