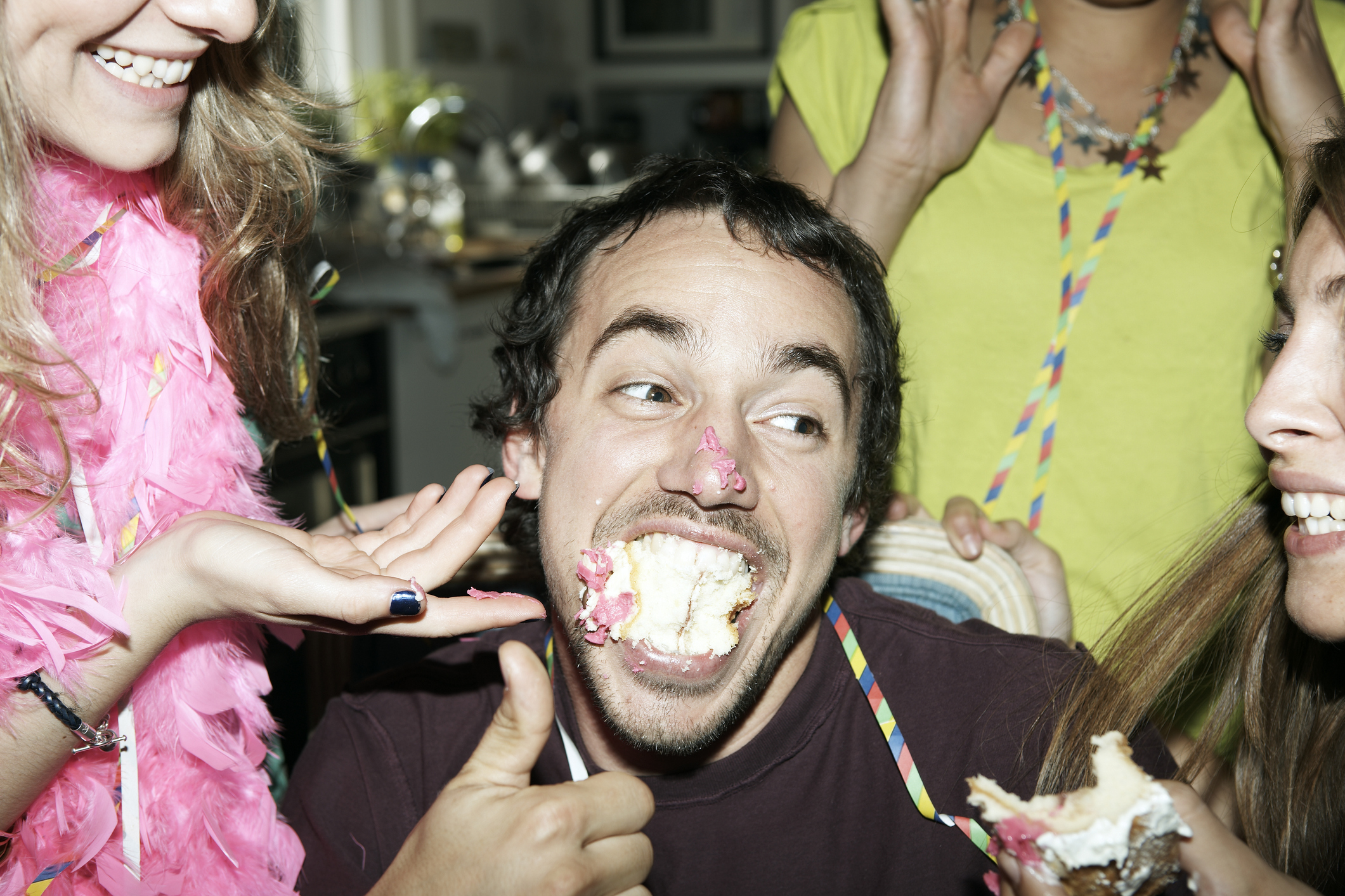 A man who was dubbed “greedy” and “a pig” by his wife after eating the better part of an entire birthday cake has earned praise for defying his controlling partner.

In a post shared to Reddit‘s “Am I the A**hole” forum, the man explained that he had just one wish for his 27th birthday this year. “I wanted a cake,” he wrote. “I have been feeling down lately and thought that maybe a birthday cake would uplift my mood.”

But while that might seem like a normal enough request, things run a little differently in his house.

“I haven’t had a birthday cake for many years because my wife felt that it would go to waste considering it’s just the two of us at home,” he explained. “So she would just buy two slices of cake, one for her and one for me.”

Determined to do things differently this year, he asked his wife to bake “one of her famous plum cakes.” As it was his birthday, she agreed to bake for him—but there was a catch.

“She agreed on the condition that I’d have to finish the entire cake and not waste any of it because she’d only be able to eat one slice of it,” he wrote.

The man said he “happily agreed to her condition” and she set to baking his birthday cake.

Cut to the morning of his birthday and after he and his wife enjoyed a single slice for breakfast she reminded him he would “have to finish the cake by the end of the day because she didn’t want any cake leftovers.”

Not that the birthday boy had any issues in that respect, writing that he managed to consume the remainder of the cake “pretty easily” throughout the rest of the day. The problems only arose when his wife came home to discover he had eaten it all.

“She started scolding me, calling me greedy and a pig,” he said.

“She said she didn’t think I’d be such a glutton and finish the entire cake all by myself.” To make matters worse, she has now vowed to “never” make him cake again.

But while the man may be facing a cakeless future with his wife, he’s garnered plenty of support on Reddit, where his tale of sweet treat woe amassed more than 11,000 upvotes.

VividEfficiency7347 was among those to claim the man’s wife was just annoyed that he had “proved her wrong” by eating it all. “Your wife clearly wanted to prove you were a glutton for wanting a whole cake and ‘not being able to finish it, therefore wasting food.'” they wrote.

Enlightened_Gardener, meanwhile, theorized that it could simply be the case that the man’s wife is on a diet “and doesn’t trust herself around it.”

However, many users, such as Alienwafflelover, were not buying that as a reasonable excuse for her behavior. “Just because you want to eat a certain diet doesn’t mean the household also needs to eat that way,” they said. “Your dietary management is your own to deal with.”

Adviceisonthehouse went a little closer to the knuckles with their response to her actions. “Tell your wife you’d rather be a pig than an a**hole for yelling at someone for doing exactly what you were told to do,” they wrote. “Also who refuses to make a cake for their spouse? It’s literally the least that you can do.”

PilotEnvironmental46 felt the wife sounded “incredibly controlling” in her demands. “You must eat it [the cake] in one day…then she gaslights you by insisting you do it, then slams you for being greedy,” he surmised.

Despite many appearing eager to criticize the wife’s actions though, there were some who appeared more sensitive to the situation. Appropriate-Dig771 suspected there was more to it that meets the eye.

“It seems like your wife has an eating disorder and is taking it out on you,” they said. “Her controlling and humiliating behavior towards you is way more than just ‘the cake not being as fresh [after day].'”

The woman’s behavior certainly appears to chime with the guidance offered by the National Eating Disorders Association (NEDA).

According to NEDA “control over food” whereby and individual “becomes inordinately upset when unable to control a situation related to food” could be an indicator of an underlying eating disorder.

It’s not the first time a viral story has highlighted a possible eating disorder. Last year, a man earned praise for leaving his fiance at home over Thanksgiving after she tried to bring her own food to his mom’s meal.

However, many on Reddit deduced that there was more to her request than her partner had initially thought.