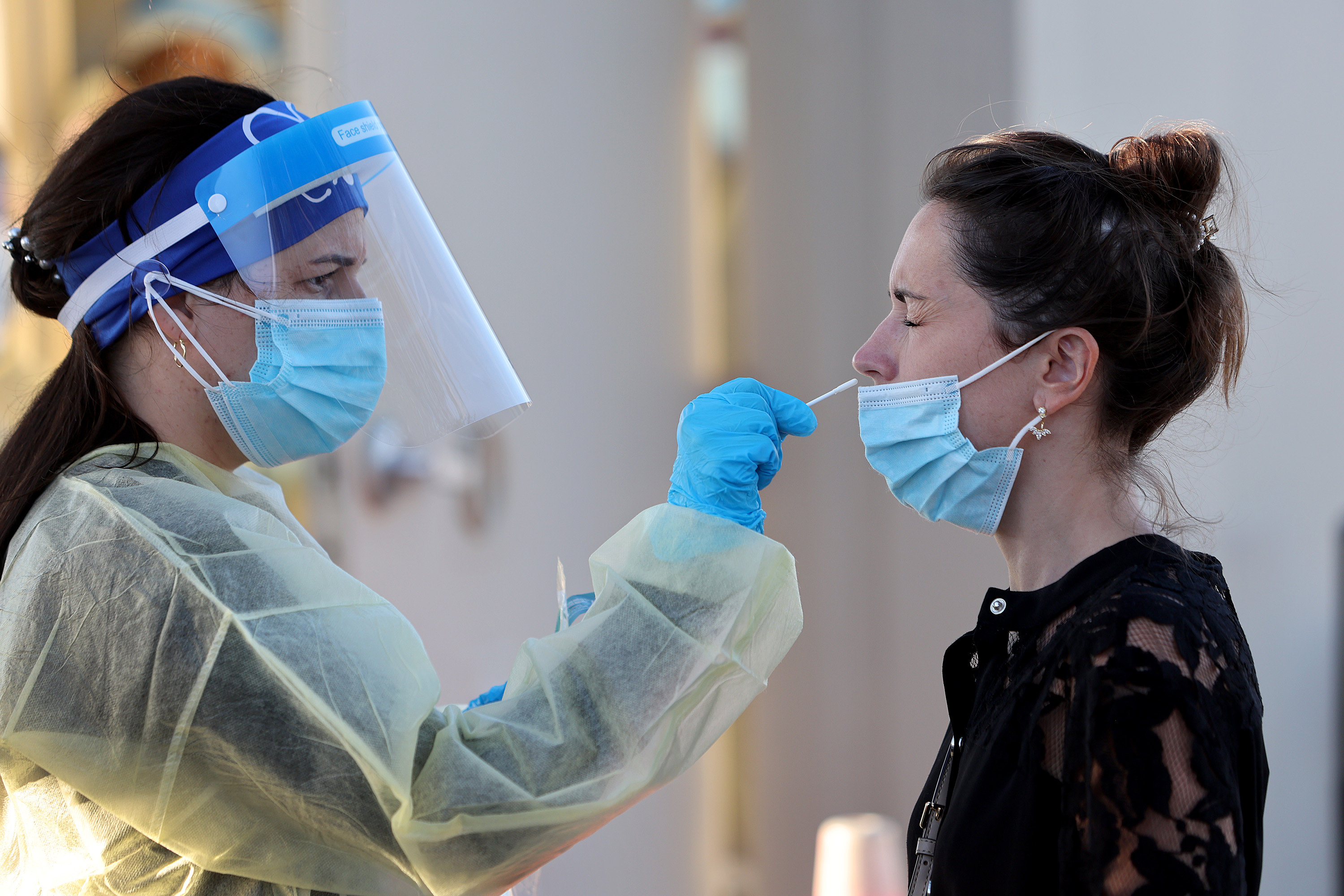 As the Omicron COVID-19 variant has spread across the globe, it has often been described as “less severe” than previous variants, or even “mild.” But to what extent is this true?

The World Health Organization (WHO) has classified Omicron as a “variant of concern” because this version of the SARS-CoV-2 virus, which causes COVID-19, has several mutations that may have an impact on how it behaves.

Nevertheless, several questions remain about how exactly Omicron differs from other COVID-19 variants when it comes to disease severity and transmissibility. Scientists around the world are currently scrambling to answer some of these questions.

The available evidence suggests that that Omicron is more contagious than previous variants, appearing to spread faster than the highly transmissible Delta variant, for example.

But does Omicron cause less severe disease than previous variants? The answer is not black-and-white.

The WHO says early evidence indicates that there is a reduced risk of hospitalization for Omicron compared to Delta.

Some animal studies have shown that Omicron was less effective than Delta at infecting lung tissue, reducing the chances of severe pneumonia.

In addition, a recent pre-print paper—meaning one that has not yet been through the peer review process required for publication in scientific journals—released on the medRxiv server found that illness was shorter and hospitalizations were around half as likely among Omicron patients compared to those infected with Delta.

But some experts, such as Paul Offit, a professor of pediatrics in the division of infectious diseases at Children’s Hospital of Philadelphia, have warned that an Omicron infection can still be severe.

Offit told The Guardian: “You still could be hospitalized, go to the ICU, require mechanical ventilation and die.”

Epidemiologist and biostatistician Zoë Hyde from the University of Western Australia told The Scientist: “I think it’s pretty clear Omicron causes less severe disease than the Delta variant, but that’s not saying much.”

“We know that Delta was more than twice as severe as the original strain, and if Imperial College is right to say that Omicron is about 40-45 percent less likely to put people in hospital [than Delta was] we’re back to 2020 but with a more contagious strain.”

The WHO has also warned that the variant should not be dismissed as “mild.” The variant’s transmissibility and ability to evade some of the protection afforded by the current crop of vaccines is expected to lead to more hospitalizations, even if Omicron appears to cause less severe disease on a case-by-case basis.

This will increase the strain on frontline medical staff and health care systems, potentially resulting in more deaths, according to the WHO.

Eric Topol, a professor of molecular medicine at Scripps Research, told The Guardian: “‘Milder’ caught on early, and I think it’s unfortunate it’s given this impression, because there’s so many people dying and winding up in the ICU.”

“The end result is our hospitals are filling up,” Topol said. “And it’s breaking the backs of the healthcare system, particularly the healthcare workforce.”

The United States is currently experiencing record-high numbers of COVID hospitalizations—although the severity of the situation varies significantly by region—with the Omicron variant accounting for the vast majority of new cases.

Jerome Adams, the former U.S. surgeon general, used an analogy to describe how a seemingly less severe virus can actuality lead to more deaths, because higher infectivity cancels out reduced per case severity.

In a Twitter post, Adams said: “SCIENTISTS AND MEDIA- PLEASE STOP TELLING PEOPLE OMICRON IS MILDER! If your enemy uses a weapon that’s one-third as likely to kill you, but four times as many people are shooting at you, you’re now 1.3 times as likely to die!”

While many scientists tentatively agree that Omicron is causing relatively fewer cases of severe disease than Delta, such a conclusion is complicated by several factors, including vaccination rates in a given area, hospital capacity and population characteristics.

For example, it may be difficult to conclude definitively at this point that Omicron is less severe than Delta when it is generally affecting populations that have acquired increased immunity over time—whether through vaccination or infection.

Roby Bhattacharyya, an infectious disease expert at Massachusetts General Hospital and the Broad Institute of MIT and Harvard, told The Scientist: “I still think that the single biggest factor causing that lower per-case severity is likely to be widespread immunity among the majority of those who are infected, with slightly lower intrinsic severity of the virus a likely additional factor.”

“But I still think this gets conflated in most popular messaging—understandably, since it’s pretty nuanced—such that most people walk away saying ‘Omicron is milder’ when I think the truth is, any SARS-CoV-2 virus infecting this mix of people would look milder.”

A case in point is South Africa where Omicron was first detected. The country has a relatively young population that had largely either been vaccinated, recovered from COVID-19, or both, when the variant hit. Some scientists there described Omicron as “mild” but is difficult to make a true comparison to Delta in such a situation because of these factors.

Experts say we won’t know definitively whether or not, and to what extent, Omicron is milder than previous variants until large quantities of data have been collected on those who don’t have any prior immunity—either because they haven’t been vaccinated or infected, or they are immunocompromised.

“I think there’s genuine good news about both intrinsic severity appearing to be slightly lower and immunity holding decently well against severe disease, far better than it is against infection,” Bhattacharyya said. “I just find myself a bit concerned about the oversimplified narrative that ‘Omicron is milder,’ or even worse, ‘Omicron is mild.’ The nuance matters here, I think.”