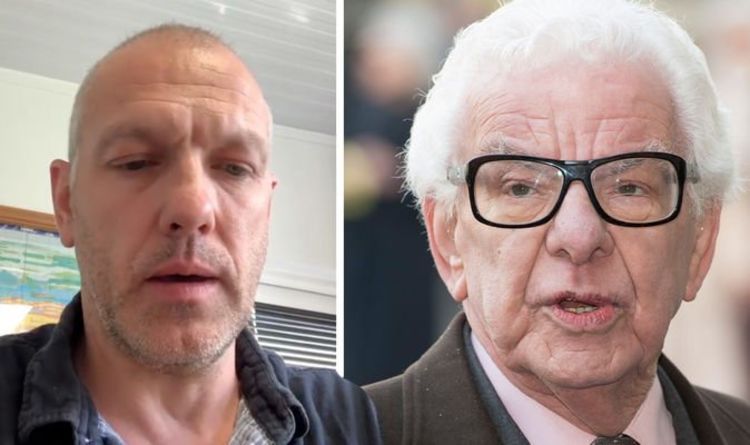 Bob Cryer, 48, has become well-known in the soap world; a familiar face who has appeared in almost 100 episodes of Hollyoaks, Coronation Street and featured in 2015 BBC drama The Interceptor. But before his acting debut, he tried his hand at comedy, following in the footsteps of his legendary comic father, the late Barry Cryer.

But he admitted that his dad’s verdict on his comedic talent was blunt.

In a new interview, Bob remembered Barry’s reaction, saying: “You kept aiming at jokes, but never quite hitting them.

“It was ‘a piece of criticism wrapped in a joke’ – it’s a good line,” the actor shrugged.

Having spent a lot of time watching and learning from his much-loved dad, he got a buzz out of getting his recognition and respect, finding the best indicator of approval was Barry’s hearty laugh.

Bob recalled telling one gag inspired by a jazz musician, that left his father quite impressed.

“I told my mother I wanted to be an actor when I grew up; she said you can’t be both,” he recalled.

“You knew you were doing something right if you got a laugh, so I hung in there.

Barry, who was once dubbed the “King of Comedy”, died last month aged 86, with his family revealing he passed away peacefully in “good spirits”.

In a statement, they said: “He had a gift for friendship and a genius for putting people at their ease.

“Oh yes, and he made many people laugh. A lot.”

Barry had worked with many stars of British entertainment over the years, including Spike Milligan, Tommy Cooper, Les Dawson, the Two Ronnies and Morecambe and Wise.

News of his death caused a wave of grief across the nation, with many, including Stephen Fry, writing touching tributes to their old friend.

“Such sad news, one of the absolute greats of British comedy, Barry Cryer, is no more,” Fry penned on Twitter.

“A glorious, gorgeous, hilarious and gifted writer and performer who straddled all the comic traditions. Universally beloved… farewell, Baz.”