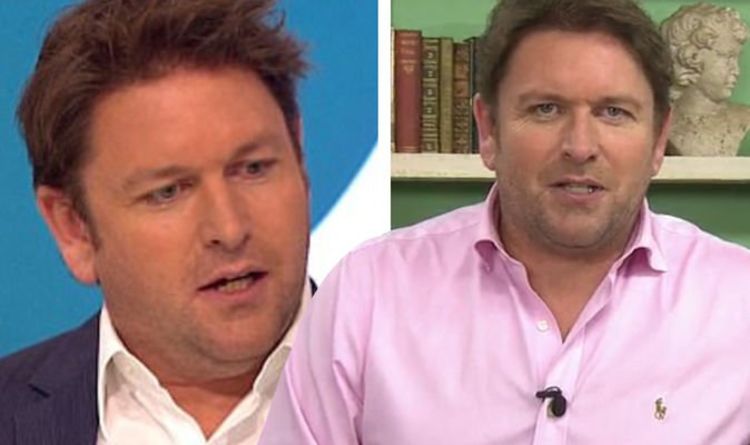 James Martin, 49, was overwhelmed with the response he received after he announced he would be holding a second ‘Evening With James Martin’, inside the Manchester235 Casino. But the Saturday Kitchen chef couldn’t wrap his head around how quick the tickets sold out, describing it as “off the charts”.

Taking to Instagram, he penned a heartfelt thank you to all those who managed to get a ticket for the event, and apologised to those who didn’t this time around.

At £129pp, guests will enjoy a five course dinner accompanied by matching wines and hosted by the man himself.

“Wow, we thought selling out the last one in seconds was nuts but this was off the charts!” he wrote.

“My team and I look forward to it, so sorry to the people who didn’t get in this time… phones lines rammed, over 16,000 of you.

“We did our very best to answer but hope you understand, and sorry from me personally, we couldn’t answer all the calls but we didn’t expect it.”

He added: “Big love and Happy Christmas from all the team in Manchester.”

It comes after he shared that their phone lines almost couldn’t cope with the “huge response”.

He penned: “Another one bites the dust!! Such a huge response to this one our phone lines almost couldn’t cope.

“Big thank you to the bookings team for taking calls back to back, non stop for 3 hours. We look forward to seeing you all there!”

It comes as the chef whipped up some festive dishes this weekend on his ITV cooking show, where he experimented with greenery that offered up a festive flavour.

While James was preparing a dish for fellow chef Galton Blackiston, his guest, expert forager Alysia Vasey, pushed him to taste some of the moss.

She enthused: “Seriously, just take a bit of that reindeer moss on its own. Just try it with a bit of salt and pepper, tell me I’m wrong!”

“So, salt and pepper,” James said, as he seasoned the moss.

“I’m just going to pass it to Galton first and then I’m gonna wait 10 minutes to make sure it’s alright to eat,” the chef joked.

Alysia exclaimed: “Listen, listen, I haven’t poisoned you yet. You’re still up and running.”

However, James quickly hit back: “Yes, the word ‘yet’. You always say that.

“Every time I meet you ‘I haven’t poisoned you yet’. I don’t really like that word ‘yet’, you know!”

“Yes, but I like to keep you on your toes!” Alysia teased.