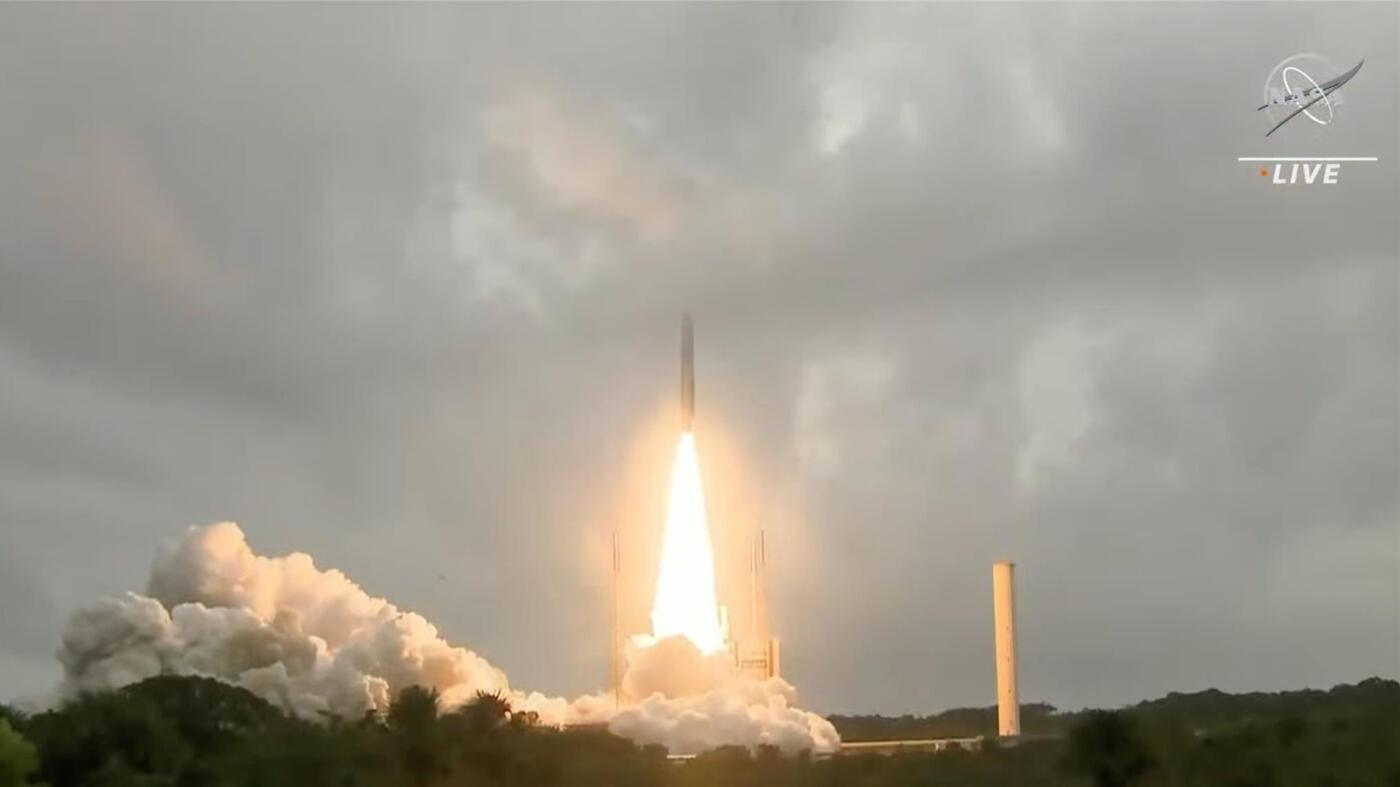 The most powerful space telescope ever built has officially left Earth. NASA’s James Webb Space Telescope blasted off on December 25 at 7:20 a.m. Eastern from a European spaceport in French Guiana.

The roughly $10 billion observatory, which is bigger and more sophisticated than the iconic Hubble Space Telescope, has been in the works since the late 1980s. What it finds could revolutionize our understanding of the universe and our place in it. Watch the key moment below:

The relief among mission members as they cheered and applauded was almost palpable: Even though aerospace experts consider the Ariane 5 rocket to be highly reliable, there was always the fear of a launch mishap or an explosion that would obliterate its precious cargo in an instant.

“I think the first few minutes of the launch will be the most worrisome as there is nothing to be done if something goes wrong,” Scott Sheppard of the Carnegie Institution for Science told NPR.

But so far, the spacecraft has had what mission officials called a “flawless” launch.

The massive telescope is designed to capture infrared light, especially from galaxies so far away that their light has been traveling through space for almost the entire history of the universe.

“We are expecting to see the light from the first galaxies that formed some 100 [million], 200 million years after the Big Bang,” NASA administrator Bill Nelson said in a pre-launch briefing. “It will deliver world-class science. It’s a revolutionary technology that will study every phase of 13-and-a-half billion years of cosmic history.”

NASA’s James Webb Space Telescope is secured on top of the Ariane 5 rocket that will launch it to space from Europe’s Spaceport in French Guiana on Dec. 11.

NASA’s James Webb Space Telescope is secured on top of the Ariane 5 rocket that will launch it to space from Europe’s Spaceport in French Guiana on Dec. 11.

What’s more, he said, the James Webb Space Telescope will be able to study the atmospheres of planets beyond our solar system, to try to determine if they might be habitable — or maybe even inhabited.

“It’s going to give us a better understanding of our universe and our place in it,” Nelson said.

Speaking after the launch, Nelson alluded to the long delays that had plagued the $10 billion project and helped drive up its ultimate price tag.

He also cautioned that “there are still innumerable things that have to work” to make the telescope a success — 344 of them, to be exact.

“We know that in great reward, there is great risk,” he said. “And that’s what this business is all about. And that’s why we dare to explore. The James Webb Space Telescope is very much a part of that exploration.”

The telescope is named after a former NASA administrator who led the agency in the 1960s, and it stands about three stories tall, with a mirror that’s 21 feet across. The instrument is so big that it had to be folded up to fit into its rocket, and will need to unfold out in space.

The development of its complex technology was marked by repeated delays and major cost overruns, and in 2011, some lawmakers in Congress even tried to kill it.

After launch, two weeks of terror

After safely reaching space, the telescope still needs to go through a nerve-wracking, 29-day campaign to get set up and positioned at its observation point, about a million miles away from Earth.

First, shortly after launch, the spacecraft has to deploy its solar panel for power and its antenna for communication. Then, it will use its small rocket engines to make a course correction maneuver.

In the first two weeks after launch, controllers at the Space Telescope Science Institute in Baltimore will methodically send orders to the telescope, taking it through a series of steps that will unfurl its sunshield, which is the size of a tennis court, and unfold the “wings” of the large mirror.

The unfurling of the thin, flexible sunshield, which has five layers, is what engineers have focused on in terms of thinking about potential problems that might crop up while deploying the telescope’s key components.

“The sunshield is the one that has some risk to it, and we’ve certainly tried to concentrate on that,” Mike Menzel, NASA’s lead mission systems engineer, said in a briefing for reporters.

Assuming all goes well, the telescope will start to cool down to a frosty minus 370 degrees Fahrenheit. Getting that cold is absolutely crucial: It keeps the telescope’s own heat from interfering with the infrared light that it’s trying to capture from distant objects.

Controllers will also need to precisely align the mirror’s 18 hexagonal segments, using tiny motors that can move each separate segment, and the telescope will undergo calibration testing and various checkouts. The first images from the telescope should be released about six months after launch.

Some astronomers have already been granted time to use the telescope and funding after submitting research proposals. One of them is Jackie Faherty, an astrophysicist at the American Museum of Natural History in New York City.

She says she feels anxious and hopeful that everything goes well because of her own personal investment in the telescope, but she also wants it to succeed because of its significance for science and humanity more broadly.

“My career is kind of anchored in this,” says Faherty, “But then, I’m just a human, and I’m like ‘Wow, what are we about to do?’ We’re launching this amazing engineering feat into the cosmos.”