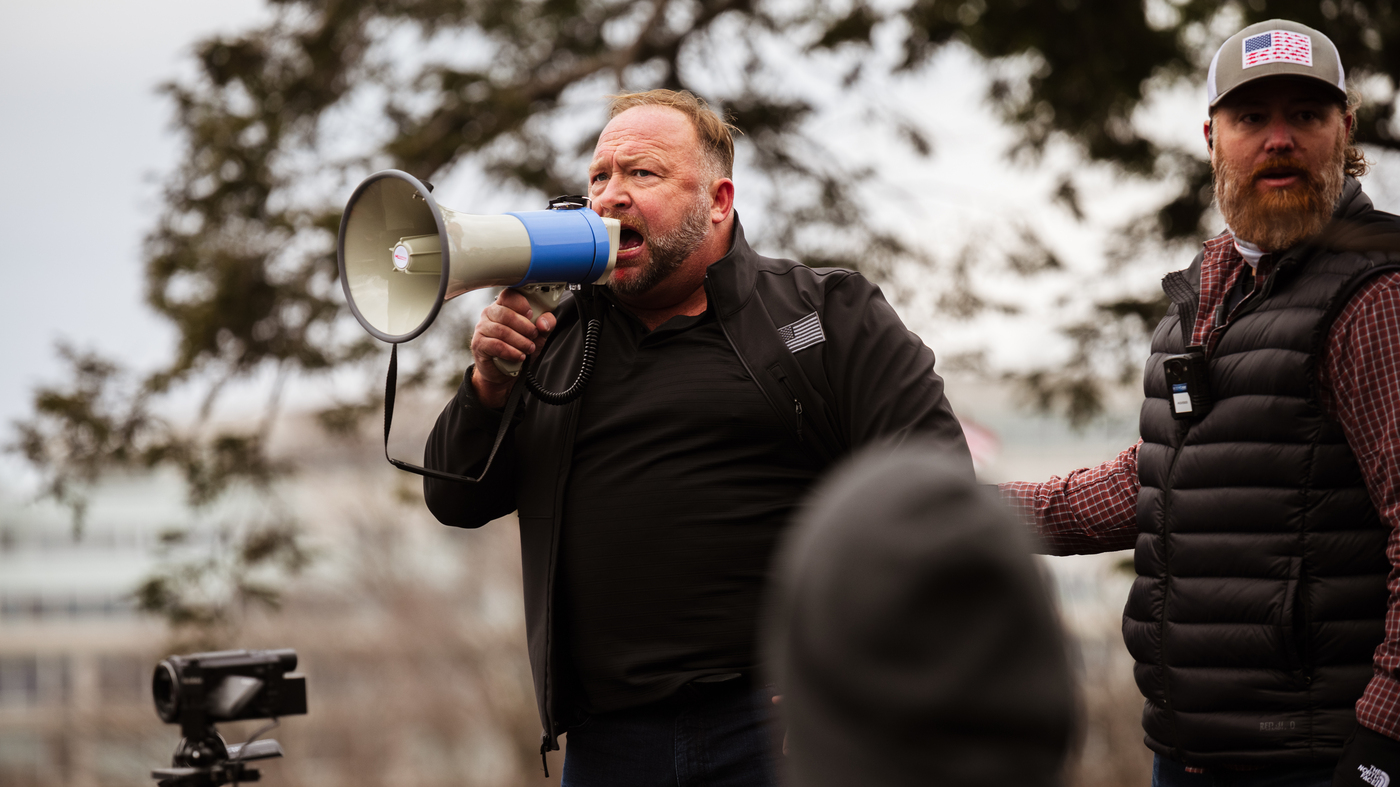 Alex Jones, the founder of right-wing media group Infowars, addresses a crowd of pro-Trump protesters on Jan. 6, 2021 in Washington, D.C.

Alex Jones, the founder of right-wing media group Infowars, addresses a crowd of pro-Trump protesters on Jan. 6, 2021 in Washington, D.C.

The House committee investigating the Jan. 6 attack on the U.S. Capitol has requested that Republican Rep. Scott Perry of Pennsylvania provide information about his involvement in unsuccessfully seeking to install former Department of Justice official Jeffrey Clark as acting attorney general of the United States.

“We have received evidence from multiple witnesses that you had an important role in the efforts to install Mr. Clark as acting Attorney General,” Chairman Bennie Thompson wrote in a letter, made public by the committee, to Perry.

Perry is the first sitting lawmaker that the panel has sought to question from.

The panel is interested in Clark, the former Justice Department official, for his role in promoting baseless allegations of voter malfeasance in the 2020 election.

Clark rose to prominence in the wake of the 2020 presidential race, riding on a wave of baseless claims of election fraud against former President Donald Trump.

Clark had vowed to investigate these false claims of ballot tampering.

In the waning days of Trump’s presidency, the former president and Clark reportedly devised a scheme to oust then-acting Attorney General Jeffrey Rosen, who declined to pursue these erroneous charges of voter fraud, and take the job for himself.

At this point, the House committee has requested Perry’s voluntary cooperation, including in providing the panel “with all relevant electronic or other communications on these and other topics related to January 6th, including your communications with the Trump legal team, the former President himself, and others who were involved in planning the events of January 6th.”

If Perry declines to cooperate, however, it is likely that the panel will issue subpoenas to compel his cooperation.

In his letter, Thompson wrote that the committee is also seeking information regarding communications between Perry and the White House alleging that Dominion voting machines had been compromised — a major catalyst for the events on Jan. 6.

“In addition, we have information indicating that you communicated at various relevant times with the White House and others involved in other relevant topics, including regarding allegations that the Dominion voting machines had been corrupted,” the chairman’s letter said.

The news that Perry was being asked to testify broke shortly after it was made public that Infowars founder and conspiracy theorist Alex Jones was suing the Jan. 6 House committee. Jones and his attorneys hope to block the panel from obtaining documents and compelling the right-wing provocateur to testify.

In the lawsuit filed on Monday, Jones said he was subpoenaed in November by the House Select Committee to provide documents and testimony about his role regarding the Capitol insurrection.

“The Select Committee has requested countless documents that Jones possesses for various subjects including about his participation in legally permitted protests in Washington, D.C., financial transactions pertaining to those protests, and documents sufficient to determine how he promoted the protests,” the suit says.

“Through counsel, Jones has raised a number of constitutional objections to both the deposition subpoena and the document subpoena,” it says.

Jones said he has offered to provide documents and written answers to the panel’s questions, which he said the committee refused.

Instead, he charges, the committee called on Jones to appear in person to be deposed on Jan. 10, 2022.

Jones has insisted that if he is compelled to testify, he will assert his Fifth Amendment right, which protects citizens from being forced to provide incriminating evidence against themselves during legal proceedings.

Jones helped organize the Jan. 6 rally at the Ellipse that preceded the riot, and he also claimed to facilitate a donation that covered significant funding for the event. He also spoke at a Jan. 6 event at Freedom Plaza.

Cleta Mitchell, a Republican lawyer who aided in former President Trump’s effort to overturn the 2020 election results, last week filed a suit to stop the House’s subpoena for relevant phone records related to the Capitol attack.

Mark Meadows, Trump’s former White House chief of staff, sued the panel earlier this month to try to block subpoenas from the committee. He has since been held in contempt for defying a congressional subpoena.

And Trump, for whom the rally-turned-riot was held, in October sued the committee and the National Archives to stop the panel from acquiring his presidential records tied to the attack.

“The Committee’s request amounts to nothing less than a vexatious, illegal fishing expedition openly endorsed by [President] Biden and designed to unconstitutionally investigate President Trump and his administration. Our laws do not permit such an impulsive, egregious action against a former President and his close advisors,” Trump’s lawsuit alleged at the time.