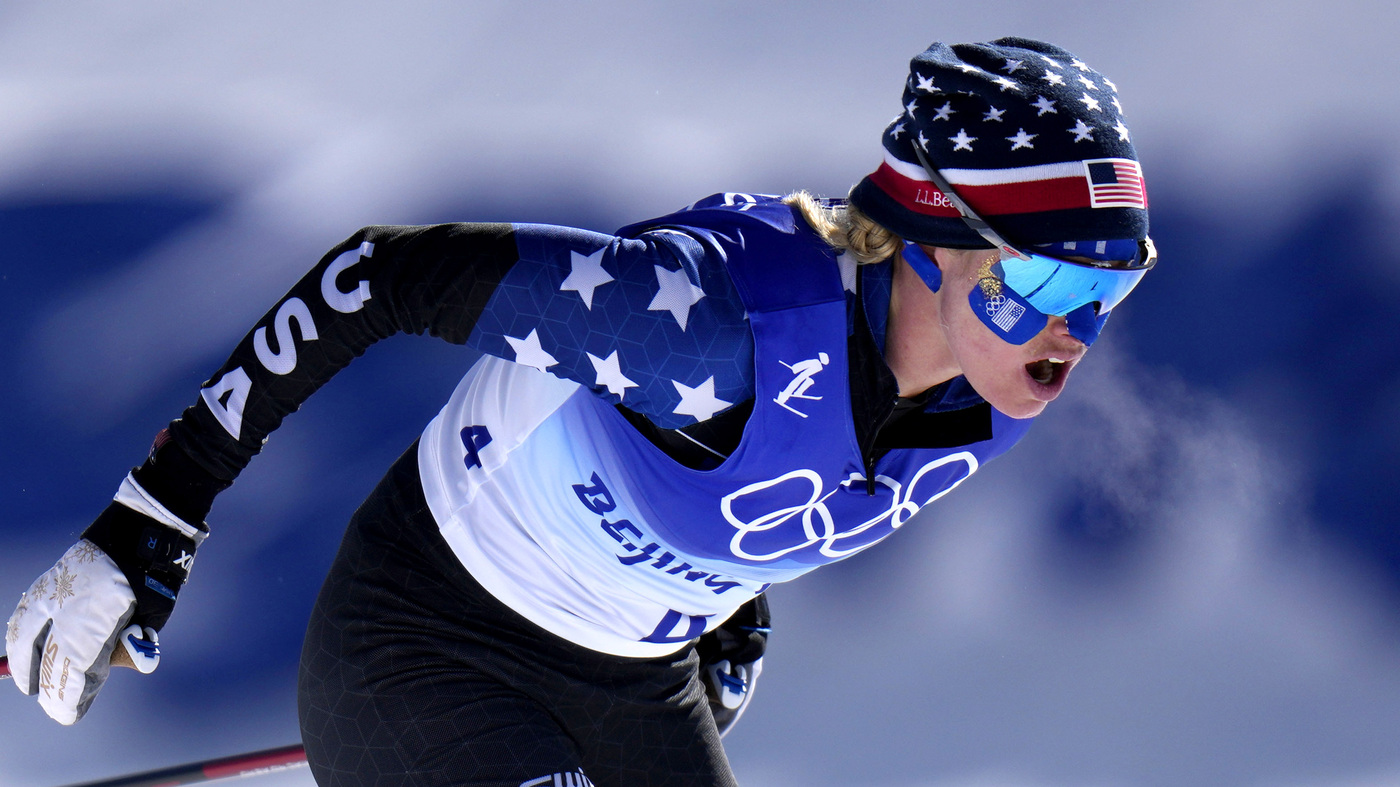 Jessie Diggins made history on multiple fronts Sunday when she took the silver in the women’s 30-kilometer freestyle mass start in Beijing. Not only did she become the first non-European athlete to bring home a medal in the event, she’s now the only American to bring back multiple cross-country medals from the same Olympics — and she did it having barely recovered from food poisoning.

Diggins’ second-place finish Sunday marked her third Olympic medal. Having brought home the bronze in the sprint finals nearly two weeks ago and the gold in the team sprint freestyle in 2018, the 30-year-old Minnesota native has a medal of every color, making her the winningest cross-country skier in U.S. Olympic history.

Her podium finish was made even more impressive when word got out that Diggins had been suffering from food poisoning leading up to the race.

“That’s one of the hardest things I’ve ever done in my whole life, especially because I had food poisoning 30 hours ago, which is why I thought I was going to die at the finish line,” Diggins said.

Diggins finished behind Norway’s gold medalist, Johaug Therese, and 50 seconds ahead of Finland’s Niskanen Kerttu. She had climbed to second place about a third of the way into the race and held her ground.

She battled frigid temperatures and high winds the entire 30 kilometers, even though her legs began to cramp up halfway through, a Team USA news release said. When she finally crossed the finish line, exhausted and out of breath, she collapsed.

“That might have been the best race of my entire life, I’m not going to lie,” Diggins said. “It was also maybe the hardest race of my whole life.”

Her silver brought Team USA’s medal count for the games to 25. The United States hadn’t performed particularly well in cross-country skiing before Diggins came on the scene. Until Diggins and her teammate, Kikkan Randall, took the gold in the team sprint in 2018, the last cross-country medal Team USA brought back was in 1976, when Bill Koch took silver in the 30k.

“It’s been an emotional roller-coaster, but I am so happy we made it to the end,” Diggins said. “To have a medal in the sprint and the 30K are the ultimate bookends for me. I have been trying to be a good all-round athlete my whole life, so this has been really cool.”