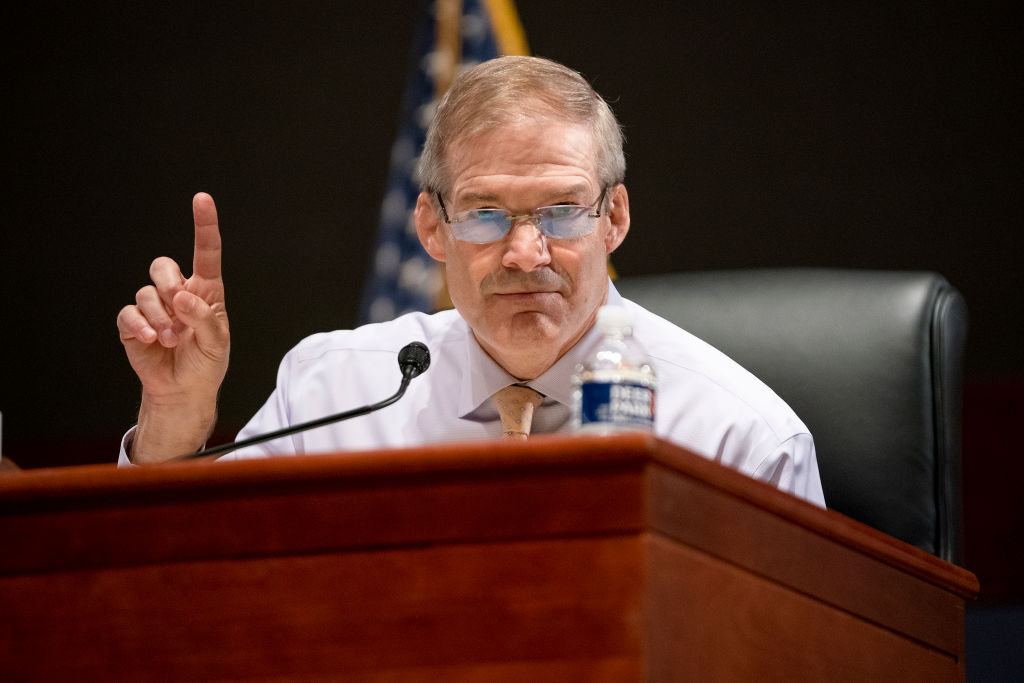 Representative Jim Jordan, an Ohio Republican, could potentially become the Speaker of the House if the GOP takes back the majority in the 2022 midterms, MSNBC panelists said on Sunday.

Jordan, a staunch supporter of former President Donald Trump, has faced significant backlash from Democrats and some conservatives due to his support for the ex-commander-in-chief’s efforts to overturn the 2020 election results. The Ohio Republican has been dubbed a “traitor” by some prominent critics after the House select committee investigating the pro-Trump January 6 attack against the U.S. Capitol revealed a text message he forwarded to the former president’s then-Chief of Staff Mark Meadows outlining a strategy to prevent President Joe Biden from taking office.

In 2018, Jordan said he would run to be House Speaker, but Republicans lost the majority in the midterms that year. Representative Kevin McCarthy of California has held onto his position as GOP House leader since 2014, but many have speculated that he could face a challenge from Jordan or another Republican if the GOP takes back control of the legislative chamber after the midterms.

“On the House side, if you do get a Speaker Jim Jordan, a Speaker Marjorie Taylor Greene, let’s be fanciful here, a Speaker Madison Cawthorn—it is not going to happen—but if the House, if Republicans take over the House…all hell’s going to break loose and they could file articles of impeachment against the president and the vice president,” MSNBC host Jonathan Capehart said during The Sunday Show.

Capehart’s remark came after panelist and former GOP strategist Tara Setmayer predicted that McCarthy would be unable to maintain his position as the Republican House leader going forward. Setmayer suggested Jordan would be a top contender for the role of House speaker if the GOP takes control of the legislative chamber.

“I mean, all hell will break loose, nothing will get done [if Jordan becomes Speaker],” responded panelist Renee Graham, a columnist and associate editor at The Boston Globe. “This will be a vengeance fantasy that Quentin Tarantino could not have dreamt of. It is going to be payback time.”

“It is always about amassing power for the sake of power,” Graham cautioned.

Most political analysts project that Republicans are favored to take control of the House and possibly the Senate in the 2022 midterm elections. Recent historical precedent has shown that the party of the president in power generally loses a substantial number of seats in the first midterms after they take office. Polls have also shown that Republicans are currently favored by voters to control Congress, as President Joe Biden’s approval rating has tanked over the past several months as well.

Although McCarthy has publicly expressed his goal of becoming House Speaker, the top Republican has faced significant criticism from within his caucus. Staunchly pro-Trump GOP House members have expressed frustration that he has not taken action to remove anti-Trump Republican Representatives Liz Cheney of Wyoming and Adam Kinzinger of Illinois from the House Republican Conference. Meanwhile, anti-Trump Republicans—such as Kinzinger and Cheney—have criticized McCarthy for maintaining positive relations with Trump in the wake of the January 6 attack against the U.S. Capitol.

As for Jordan, he has been called on to testify before the House select committee investigating the violence and events of January 6. It still remains to be seen whether Jordan will cooperate with the committee, but a text message he sent to Meadows ahead of January 6 drew swift condemnation earlier this month. The text, which he forwarded, outlined an unconstitutional strategy to prevent the certification of Biden’s Electoral College victory.

Newsweek reached out to Jordan’s press secretary for comment but did not immediately receive a response.