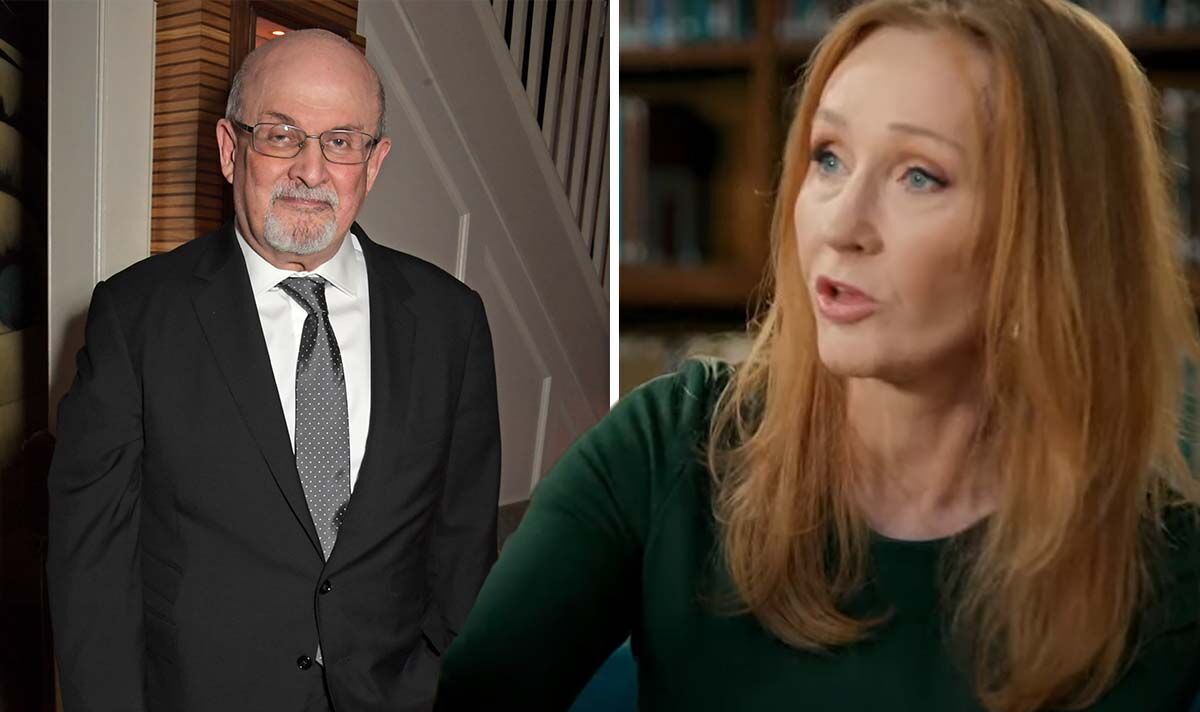 JK Rowling, 57, has received death threats after she shared her words of support for author Salman Rushdie after he was stabbed on stage while giving a lecture in New York. Following the incident on Friday, JK took to Twitter to condemn the “horrifying news” and added: “Feeling very sick right now. Let him be ok.”

One user, named Meer, responded to the Harry Potter author, saying: “Don’t worry you are next.”

Khomeini, the former supreme leader of Iran, had issued a fatwa in 1989 ordering Salman Rushdie’s death following the publication of his controversial book, The Satanic Verses.

After sharing her plea for “support”, JK confirmed that the police are now involved.

She wrote: “To all sending supportive messages: thank you. Police are involved (were already involved on other threats).”

Worryingly, another user called Addie also threatened JK by saying, “You’re next”, in a now-deleted tweet.

Another, named Rick, wrote: “Anti-feminist transphobe I hope something wayyyy worse happens to you.”

JK hit back at him directly, quipping: “You seem lovely, Rick. Will you be deleting your account immediately or hanging around to see what happens next?”

The author also raged at a user called Rob who urged her to “get off social media” instead of “complaining” about the threats she had received.

JK sarcastically responded: “Good to know you’re confident that the worst I’ve had are Twitter threats, Rob, that’s a great comfort to me. And such a simple solution! I’ll inform the relevant authorities you’ve fixed the problem.”

Several other notable names have also voiced their support for Salman Rushdie following the shocking incident.

Comedian David Baddiel wrote: “It’s appalling what has happened to Salman Rushdie. It’s also appalling that there are people who will think he brought it on himself or somehow deserved it.”

And Emmanuel Macron echoed: “For 33 years, Salman Rushdie has embodied freedom and the fight against obscurantism.

“He has just been the victim of a cowardly attack by the forces of hatred and barbarism. His fight is our fight; it is universal. Now more than ever, we stand by his side.”