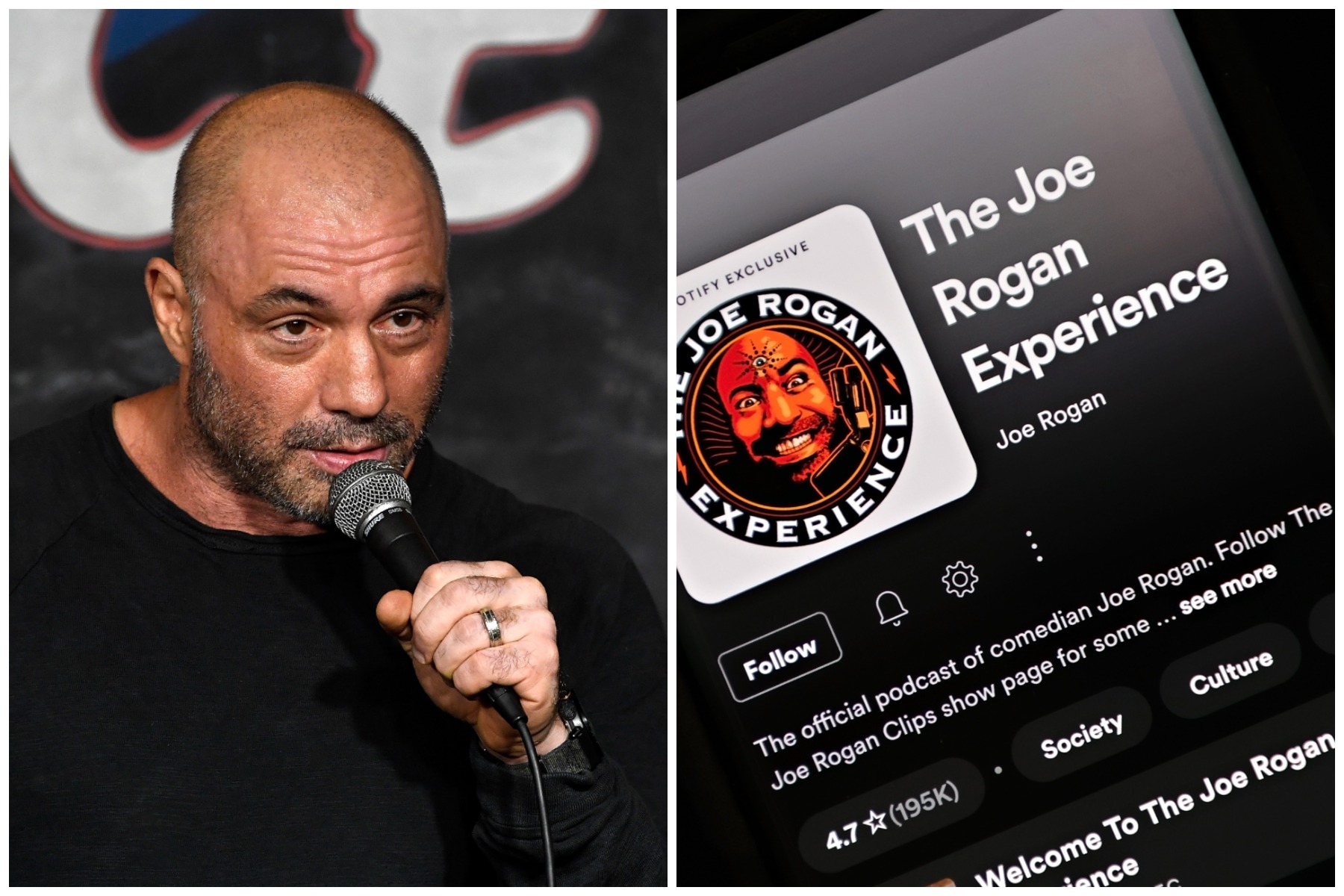 Joe Rogan has defended his “missteps” and said that his dedicated listeners know when he is joking on his podcast.

In the latest episode of his podcast on Tuesday night, Rogan discussed the ongoing backlash to his show and the scandal surrounding his repeated use of racial slurs.

Videos of The Joe Rogan Experience host saying the N-word on his show multiple times went viral over the weekend amid the fallout regarding the ongoing controversy over COVID-19 misinformation on the Spotify podcast.

He has apologized for his use of the word, prompting defenses from former President Donald Trump and Fox News.

“We’ve all swung and missed when it comes to comedy,” he said in conversation with his guest, comedian and actor Akaash Singh.

The host went on to paraphrase a quote from O’Neal, saying: “One of the things that he said that I always repeat to people, this is an important quote of Patrice’s—he said: ‘If someone has a joke, and it’s terrible, or it offends you, or someone has a joke and kills, it all comes from the same place.'”

Rogan added: “They’re just trying to be funny,” and said that “it doesn’t always work out like that, like sometimes you swing and you miss—all the time.”

Singh, who hosts the Flagrant 2 podcast, reiterated this point and added: “Especially on a podcast where you’re talking for hours on end. I have said s*** about every demographic of human beings possible and I regret every one that was like ‘f***, dude, that was not funny.'”

Singh said: “And the punishment is everybody hears and I’m an a******. So like, I can apologize to you, but I can’t stop shooting, I have to pursue the craft.”

Rogan went on to say that over time, he has found that his listeners “understand” him.

“The thing that you find over time, is that people understand you,” he said. “Like they watch your podcast and they’ve seen you for hundreds of hours—they know you.

Later in the episode, Rogan referred to the ongoing Spotify scandal as a “political hit job.”

Acknowledging that the video of him using the racial slur “had always been out there,” Rogan told Singh: “This is a political hit job. They’re taking all this stuff I’ve ever said that’s wrong and smushing it all together.”

He did admit that the situation was “a relief in a lot of ways” because it had made him “address some stuff that I really wish wasn’t out there.”