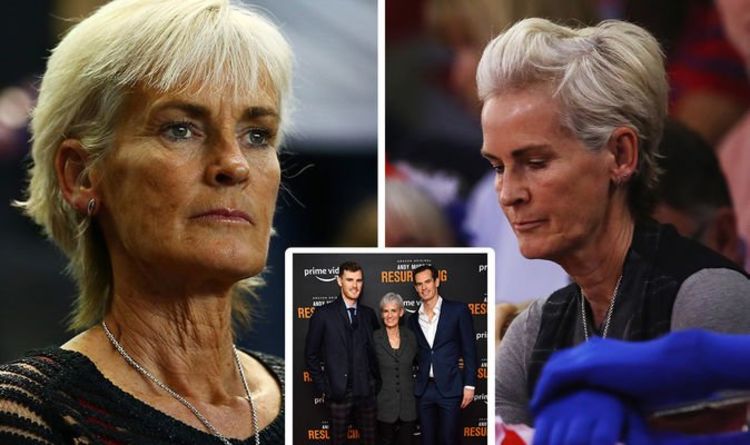 The nature of sport breeds competitiveness, and that’s something that Judy Murray knows all about. She has received years of public scrutiny for supporting her two sons, Andy who won Wimbledon in 2013 and seven-time Grand Slam doubles champion Jamie, on the international tennis circuit.

She opened up about her experience as being labelled an “overbearing mother” after she was captured in the crowd at Wimbledon in 2005 clapping, smiling, punching the air and baring her teeth, as 18-year-old Andy unexpectedly made the third round and ended up playing on the Centre Court.

But she pointed out that if she had been a father there to support her kids, the reaction would have been very different.

“If I’d been a dad doing the same thing, it would have been seen as so supportive,” she said in a new interview.

“Whereas I was a nightmare pushy parent, blah blah blah.

“I put up with it for years until I was forgiven when Andy won Wimbledon.”

She added: “I dealt with it by understanding that the people who know me are the ones who matter, but it still hurts you.”

These are the sort of untold lows that have helped define her career as a tennis coach, and she now wants to help others learn to how to cope when they come up against these sorts of issues.

“We need to keep having voices heard, faces seen and ensuring that those who are good enough are given the chance,” she told Radio Times.

“And not just them, their immediate family as well, because it affects everybody.”

“I kind of got catapulted into the spotlight during Wimbledon 2005,” she remembered.

“The nature of tennis is such that – Wimbledon in particular – if you’re watching on the TV, there’s no ad breaks and the cameras and the commentators need somewhere to go.

“So I found myself being picked out a lot, and the pictures that they used of me were always the aggressive ones.”

She revealed from that, people immediately created an image of her as being the overbearing mother, too competitive and too pushy.

“If my kids had played rugby or cricket or football I’d have been lost in the crowd with all the other parents, nobody would ever have seen me,” she shrugged.

“The nature of tennis puts you in the spotlight in a way that probably no other sport does, with a parent who’s just watching their kids playing and supporting them.”